Mussa Khan. When roads do not end in Rome 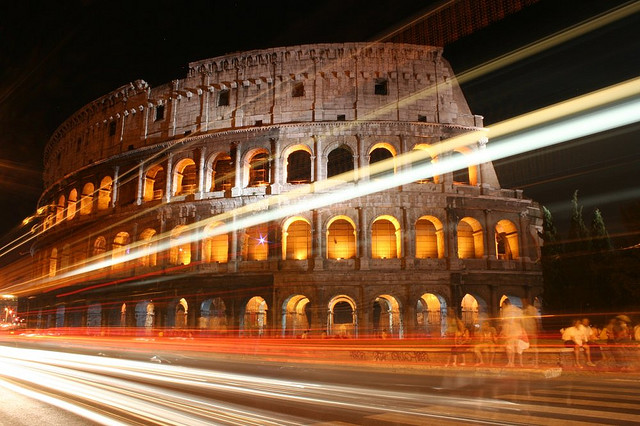 They say all roads lead to Rome. Even that of Mussa Khan and the thousands of Afghan muhajirins for whom Italy is just a stop in the restless and tormented search for a better life. Among the building sites along the Ostiense Station stops the story of a journey that has no end

The bus no. 60 noisily runs on the jagged paved road, while rows of plane trees sway with the evening breeze. Rome looks the same as when I left two months ago. Outside the window, one after the other the monuments of the eternal city go by: the Baths of Diocletian, Piazza Venezia, the Tomb of the Unknown Soldier. The Imperial Fora crash against the grand mass of the Colosseum.

The bus runs along three quarters of its circumference, finally showing the side of it lit by sunset. Just two days ago, in Greece, during a windy night spent outside, Mussa Khan asked me: “What is the Colosseum like up close?”. I answered: “Soon you will see it with your own eyes”.

European Journalism Prize - Together against discrimination

Piazzale Partigiani, terminus. Beyond the marble build of the Ostiense Station is the camp of the Afghan muhajirins. I move on the avenue which, along the Air Terminal, leads to the feet of a huge building site. Unexpectedly, a gate bars access. “No trespassing: authorized personnel only”. I jump over. Beyond the barrage fence, the spectacle that unfolds right in front of my eyes disorients me. Where once stood dozens of tents, shacks and camps, there is now only a smelly line of fresh tarmac. Piles of clothes abandoned beyond a low cement wall are the only traces left of hundreds of human beings that were once here.

I sit on the edge of the sidewalk contemplating the silence. Ubi desertum, pacem appellant [translator’s note: Where there is desert, they call it peace]. I think about Mussa: how will I be able to help him, now? The muhajirins of Ostiense were the only people I could turn to for information and help.

Deaf sounds come from the site. After jumping over another fence, I am at the basis of a building under construction. “Salam u aleikum.” A muhajir is washing himself with a rubber hose, after detaching it from the neck of a concrete mixer. “U aleikum salam”. His smile comforts me. Zahir speaks perfect Italian. “If you want to wash, hurry. It is full of mosquitoes here”. When we are finished, he reconnects the hose to the mixer. “Let’s go”.

“They came here at dawn, they sprung out from everywhere. They had come to clear the avenue”. Sitting on old mattresses, Zahir and the few muhajirin left in Ostiense tell about what happened at the camp a few weeks earlier. “They took away all those who accepted to go to the shelter. But I”, he adds, “would rather stay here. I do not have a tent, anymore, but I am free to move as I want. I have been in Italy for three years, I do not believe the policemen anymore”. The small camp set up by the muhajirins fits is where two railroad lines meet. About 15 mattresses are the only tangible proof of the presence of a human community among these tracks.

As the hours go by, other migrants join. The youngest is 14 years old. Yousif, in Italy since three days ago, fled his Father’s house in Herat a month ago. “Which do you think is better, Belgium or Norway?”. He speaks fluent English. I answer: “In Norway there are good possibilities for refugees. And if you find a job, you can make good money”. He looks at me absorbed. “Yes, that is what they all say. I am determined: as soon as my cousin brings the money, I am buying a ticket to Oslo”. About 6.000 unaccompanied Afghan minors are estimated to have requested asylum in Europe in 2009 only. “When is your cousin coming?”. He shrugs his shoulders: “As soon as he can get on the right truck. He is in Patras”.

The camp in Roma Ostiense is the main Italian junction along the journey of the Afghan migrants going to Europe. After the Adriatic, the muhajirins land here, driven by traffickers or word-of-mouth. I only see men sitting around me. “It is too dangerous for a woman, an elder or a child to get under a truck to then board a ferry from Greece to Italy”.

Zahir explains to me that the majority of them only sees Italy as a transit country, just as Turkey or Greece. “I have had to remain here because when I landed in Venice three years ago, I was captured by the police and forced to give my finger-prints. The Dublin Agreements did not allow me to proceed any further. I tried to settle elsewhere: Norway, Sweden, Belgium. Asylum seekers, there, are not forced to sleep in the street like in Ostiense. Every time, though, they sent me back to Italy”. While Zahir tells his story, every once in a while a train noisily rattles by just a few centimeters from our backs, but none of the muhajirins seems to notice.

The night carries a veil of frost with it. One after the other, the boys sink their arms into a pile of rags, taking out dusty blankets. I take one too. “Don’t you have a home?”. I settle my mattress next to Zahir’s. “Yes, but it is not yet time to go home. I need to talk to you”.

Zahir smokes drum tobacco while listening to Mussa Khan’s story. Time is beat by the transit of wagons on the tracks. Finally, when all muhajirins are asleep, I summon my courage: “Mussa needs an Italian identity card. Do you know where I can find one?”. Laying with his arms crossed under his head, Zahir does not even turn. “If you have the money, there are no problems. Tomorrow morning I will get you in touch with someone who can help you”.

The side streets of Viale Ostiense are filled with Internet points. We stop on the threshold of a small shop with 7 or 8 posts. Writings in English, Arabic and Farsi show the connection rates. With his hand, Zahir gestures at the man behind the counter, who slowly comes out. “He is a good person. He has helped me many times”. The man stares at me for a long time. Then the two exchange wide gestures in greeting, speaking Farsi, before disappearing in a back room. Nothing left for me to do but wait outside.

I look around. I know my presence does not go unobserved: Ostiense abounds with traffickers, intermediaries and smugglers just like Basmane and Omonia. Finally Zahir comes back outside, with a satisfied expression. “It is going to be ready in less than a week. You must come back next Monday and ask directly to him”. The man has gone back to sitting in his chair behind the counter. No phone numbers, no names: this kind of business is carried out on the spot and in person.

I say goodbye to Zahir and thank him with all my heart. I go to the station and get on the train that will take me home. As soon as I am out of Termini, I make the call. “Mussa? I have made it. You will only have to wait a few days before I can send you the document by post”. In Omonia, in the center of Athens, it will not be hard for him to find forgers who can change the picture on the identity card.

Mussa will never have to crawl under a truck, to get into Europe. He will not risk his life to have something he deserves, asylum. On the contrary, once he is in the port of Patras, he will stand in line just like any other human being, passing customs control with his head high. While sailing, he will throw his id in the sea, enjoying the thousand acrobatics it will do before disappearing amongst the waves.

On the pier in Ancona, in front of the policeman asking him why he has come to Italy, Mussa will declare himself an asylum seeker, as is his right. The Greek authorities have not detected his finger-prints, so he does not risk being sent back. Old Afghan rebel, you have made it: you will finally get to see the Colosseum with your own eyes.

I am home. I empty my back pack on my bedroom floor. One after the other, I look at the objects I have piled up in two months living with the muhajirins, trying to think of a place for them among my things.

I look at the necklace that Muhammad gave me in Van, asking me to bring it with me, so that at least one of his things could get to Europe. I go through the booklet in which Naqeeb wrote ancient verses in Pashtun, dedicating them to me, and explaining that only another Pashtum could translate them.

I open the map of Afghanistan, on which tens of muhajirins traced the names of the cities from which they had escaped, crying. I leaf through the papers that the asylum seekers in Gaziantep handed me, asking me to give them to someone who could settle their applications. Even if I have returned home, I feel all those hanging existences still flowing inside of me. I finally lay on my bed, lulled by the thought that Mussa Khan will soon be among us.

Mussa Khan has not given any news of him since that night.

The most precious possession for people who have lost everything for escaping and migrating is identity: for this reason, the report “Mussa Khan” has been written respecting the anonymity of the refugees, asylum seekers and migrants, by using pseudonyms. Faces, moreover, are never shown in videos and pictures, as signs or any other element that could lead to identifying the people written about.

Finally, I would like the reader to notice that, even though the 14 episodes of the report are almost exclusively about irregular migrants, the word “clandestine” is never mentioned, with the hopes that it will soon go back to its original use: an adjective, not a substantive.