Europe against SLAPPs, the malicious lawsuits 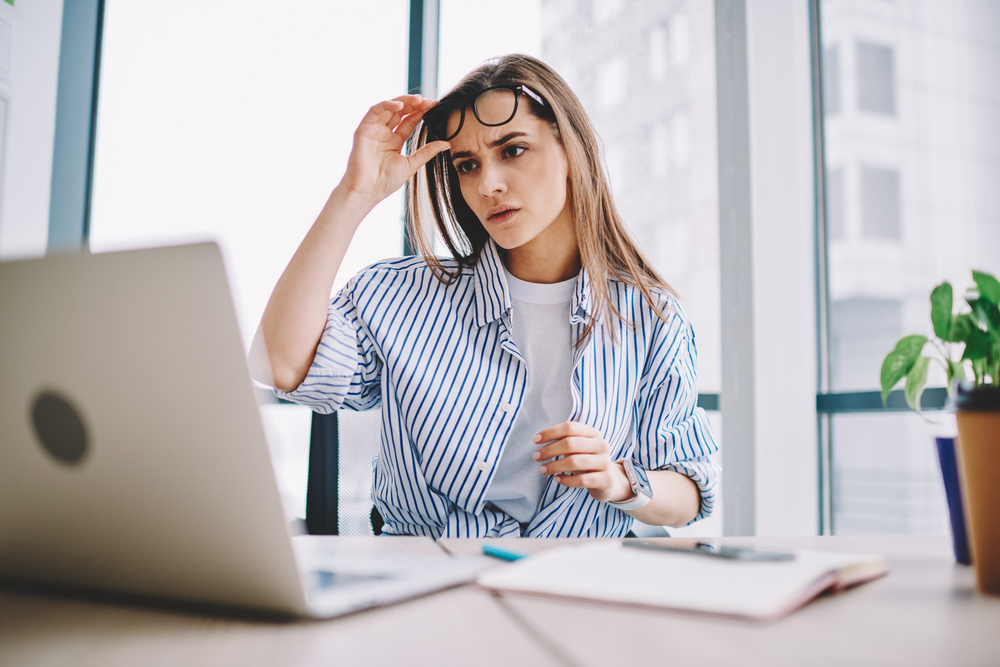 As the list gets longer of European journalists and activists targeted by vexatious lawsuits, institutions deliver concrete commitments for legislative actions and interventions that OBCT has also solicited in the last, intense year of transnational advocacy

The scenario is always the same: a criticism from below annoys a powerful person, who turns to lawyers to intimidate the critics, and so the threats of a lawsuit with related request for compensation start. Legitimate criticism vs. a distorted use of the law.

As OBCT highlighted in a dossier published earlier this year – repeatedly cited in various reports promoted among others by the European Parliament, European Commission, Greenpeace – the phenomenon affects all of Europe at all levels, from journalists investigating corruption to activists who denounce the excessive use of pesticides.

However, it should be noted that wanting to put a stop to SLAPPs does not mean to limit the right of citizens and readers to a legitimate defense of their reputation when they receive media attention. In fact, it is a matter of reporting abuses and recognising when a complaint for defamation, a complaint for violation of privacy, or a lawsuit for damages, emptied of the original content, become SLAPPs – judicial strategies that abuse the right for the sole purpose of intimidating, silencinging, censoring. At the expense of free speech.

Croatia is back to leading on intimidation

This is happening, for example, in Croatia, where the SLAPP phenomenon – which in January 2019 led journalists to take to the streets against over a thousand spurious lawsuits – is returning with what the association of journalists defines as a "new wave". What is striking is the number of lawsuits that arrived in a short time. The former Minister of Agriculture, for example, presented nine, all paid for by the Telegram portal. Virovitica.net editor-in-chief Goran Gazdek, struck by a lawsuit brought by an MP, unmasks the underlying strategy: "They are counting that we would have to hire lawyers and defend ourselves in courtrooms so we may not have time for new stories".

The SLAPP strategy, analysed 30 years ago in the USA and then imported to Europe – especially in the civil field, where environmental activists often find themselves in the crosshairs of energy multinationals – is widespread almost everywhere and wears different clothes. Journalists know it disguised as a defamation lawsuit (in countries where defamation is a crime) and as a request for compensation for damage to reputation (where it is a civil offense), but the effect is the same: those whio are summoned to court are always intimidated, face the same denigration, and end up practicing self-censorship that is difficult to avoid – at the expense of free information and the right of citizens to be informed.

A year of activism and lobbying for rights

We heard so many stories in Amsterdam last February, when Greenpeace gathered dozens of human rights organisations, think tanks, NGOs, study centres, trade unions, lawyers, scholars, and activist groups. For example the case involving Italy, Germany, and Austria – the pesticides affair in the province of Bolzano, with Jurek Vengels of the Umweltinstitut of Munich and an Austrian author sued for defamation by the local provincial councilor and by more than a thousand South Tyrolean farmers. The case is still open, despite rumours and announcements of an alleged withdrawal, and was even cited days ago as an example of abuse of the law by Council of Europe Commissioner for Human Rights Dunja Mijatović.

In Amsterdam with us there was also Matthew Caruana Galizia, one of the sons of the Maltese journalist killed in 2017, because the killing of Daphne with that car bomb, on October 16 three years ago, has rekindled the spotlight on the threat of lawsuits – on Daphne's head pended about forty defamation lawsuits, now a burden to to the three children and the widower. Yet, despite the attention, the following initiative of some MEPs led by Maltese David Casa in January 2018 was stopped a few months later by then Vice-President of the Commission Timmermans, who reiterated that the recognition and enforcement of such suits was governed by member states.

However, the attempts to influence European institutions did not stop, and other colleagues such as German Viola von Cramon continued the commitment together with David Casa, even after the renewal of the European Parliament in 2019. In November 2019, the two MEPs hosted in Brussels a seminar organised by ECPMF, where OBCT contributed on the Italian situation. From that roundtable, to which a representative of Greenpeace was also invited, the idea arose of extending the collaboration and the alliances, including as many subjects as possible.

Thanks to that intense day in Amsterdam last February, a few days before Europe introduced travel restrictions due to the outbreak of the Covid-19 pandemic, relationships were created not only between actors active in different countries, but also between organisations of very different nature, with approaches and points of view that complement and enrich each other. There were lawyers for prestigious newspapers, but also representatives of associations against mines in Germany, trade unionists of media operators and NGOs active in the protection of whistleblowers, environmental activists and bodies for the promotion of civic participation.

The day, which in Amsterdam ended in a crowded public event with the touching testimony of Matthew Caruana Galizia, ideally extended in the following months: since February there have been at least thirty remote meetings, with working groups drafting a model of European directive, others devising in the communication strategy, others raising awareness and involving the institutions.

Small steps towards big results, composing a mosaic made up of initiatives, meetings, phone calls and conferences, talks with MEPs and email exchanges, in a variety of actions that the advent of the pandemic has certainly changed in nature, without however being able to restrain the momentum: this is how this last year of transnational activism and thematic commitment with a focus on reckless complaints unfolded for OBCT.

And the results came, little by little, in cascades, from Brussels and Strasbourg.

"Free speech is a cherished right in Europe. But in some countries, certain rich and powerful people use specious lawsuits to censor, harass and ultimately suppress critics". Thus spoke Dunja Mijatović, Commissioner for Human Rights of the Council of Europe, in a surprise note published a few days ago, on 27 October. More than two years after the recommendation adopted by the Council of Ministers of the Council of Europe in March 2018, it is the first time that such an explicit reference to SLAPPs has come from Strasbourg. "This is a long-standing problem but one that has been increasing in magnitude in recent months. Journalists, activists, and advocacy groups are the preferred targets of these so-called Strategic Lawsuits against Public Participation (SLAPPs)".

A prestigious, promising intervention. These are autumn fruits harvested thanks to the constant, pressing advocacy work that intensified in the spring. On April 27, for example, there was a virtual meeting with MEPs David Casa, Ramona Strugariu, and Viola von Cramon; the German MEP, who a few days earlier had presented a question for written answer, promoted a letter to the vice-president of the Commission, collecting the signatures of 31 colleagues.

And the concrete effects began to arrive, both in response to the letter and in the reply to the question. Vice-president of the Commission Věra Jourová confirmed the attention of the institutions for SLAPPs, recognising journalism's fundamental role in the defense of European democracy, for which complaints are equated to threats: "Journalists and civil society organisations – writes Jourová, replying to the letter of the 32 MEPs – should use their expertise and time in being the needed watchdogs for our democracies, non in fighting abusive litigations".

Since then, and with more intensity since the policy paper of the anti-SLAPP coalition written and signed with 115 other organisations from all over Europe, was released in June, the European institutions have continued to speak of SLAPPs whenever there was talk of freedom of media and democracy.

The Commission's Directorate General for Justice did this in response to a letter from ECPMF that OBCT signed together with about twenty other NGOs, and this was seen in the public consultations promoted in view of the drafting of the Rule of Law report and the European Democracy Action Plan: SLAPPs is finally climbing the agenda, there is explicit talk of threats to the functioning of democracies, abuses that undermine rule of law.

It is no longer just activists and human rights defenders who are saying this; now the recognition is shared by the European summits, from Brussels to Strasbourg.

And so we arrived at the end of October, when in a few days encouraging confirmations arrived, first from the Commission and then from the Council of Europe.

“Take  action  to  protect  journalists  and  civil  society  against strategic lawsuits against public participation”: this time it is not an appeal or a wish, but the written commitment that the European Commission formalised on October 19 presenting the annual work programme for 2021.

Every year the European Union's governing body adopts an activity plan listing the priorities for the following 12 months, and for 2021 the 44 new objectives organised in 6 macro-areas include, for the first time, a strong anti-SLAPP action alongside the commitment against gender-based violence, against external interference in elections, and against disinformation.

"Next year – it states – we will propose clearer rules on the financing of the European political parties and take action to ensure greater transparency in paid political advertising, improve the electoral  rights of mobile Europeans and take action to protect journalists and civil society against strategic lawsuits against public participation”.

The satisfaction among the members of the coalition is great but composed. There is still a lot to do. A study group hired experts to develop a draft directive; another group is planning awareness campaigns involving public opinion; others are moving so that the Council of Europe will also come to propose a programmatic document. Roundtables with lawyers, expert advice, participation in external commissioned studies, publication of articles and reports are on the agenda, and some are designing a site that collects information and tools highlighting the stories of the victims of SLAPPs.

Because stories are what moves things, like Daphne's tragic story which stemmed this European action, but also like that of Federica Angeli, cited by the Commissioner for Human Rights of the Council of Europe, together with that of the journalists of Gazeta Wyborcza in Poland and the Necenzurirano website in Slovenia.

So many stories, one victim in common: the citizens' right to be informed.