Synergies and training are needed against SLAPP, or gag complaints 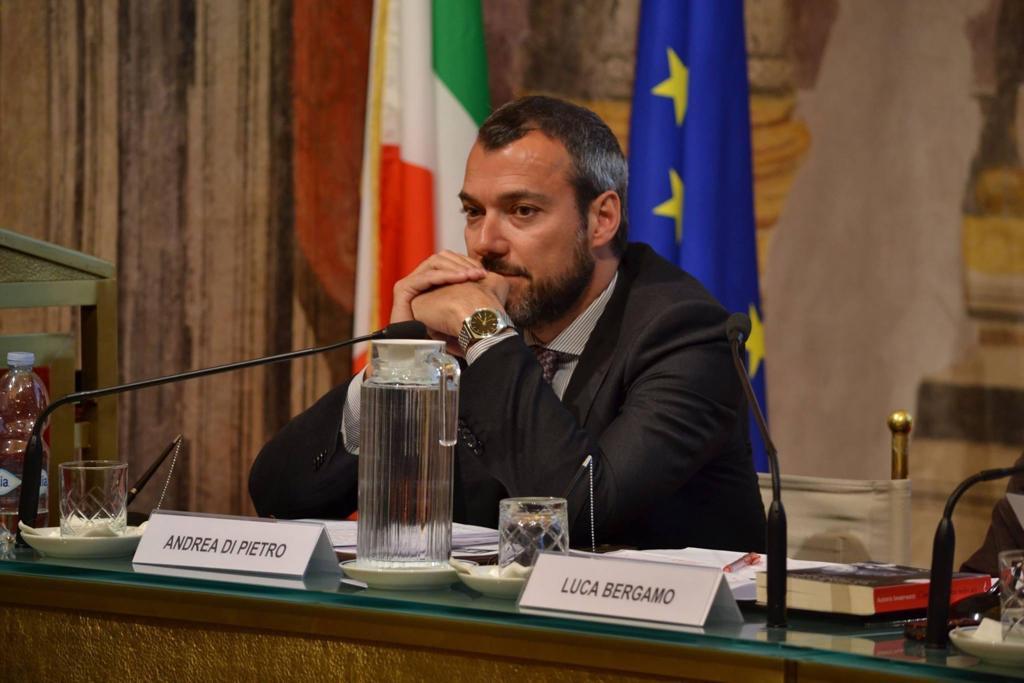 Media expert lawyer Andrea Di Pietro positively comments on the anti-SLAPP package of the European Commission and stresses the need for training initiatives aimed at legal practitioners, to recognise and combat the gag complaints that threaten freedom of expression and the right of citizens to participate in the public debate

Timely, anticipated, rapid: this is how the European Commission wants the judges' response to be to any lawsuit that aims to silence and intimidate the opposing party, striking the right to participate in the public debate. This is the key point of the Commission's anti-SLAPP package, which last April proposed a directive applicable to transnational civil cases and a recommendation, immediately valid for all member states and for both civil and criminal complaints.

“For a democracy to be healthy and prosperous it is necessary that people can actively participate in the public debate”: so we read in the texts that, for the part relating to the directive, will have to be examined by the European Council and the European Parliament.

Called "early rejection" or "timely filing", Brussels' request to the 27 is to move quickly whenever, for example, a civil suit for damages or a libel suit, criminal for most states, or any other judicial proceedings initiated in bad faith come to the examination of a judge. The judge is invited to immediately evaluate the pretext and the relevance from the point of view of citizens' participation in democratic life – assessment which currently does happen, but usually too late.

In the Italian legal system, for example, the definition of reckless litigation already exists, and the civil procedure code already provides that conduct in bad faith or gross negligence can be ascertained and sanctioned; but this verification can only take place at the time of the verdict. And when information of public interest, news relevant to health, democracy, corruption, or the environment are at stake, waiting for a sentence in trials that last on average six years creates an information gap, an obscuring of the right to know, which translates into too high a price for the community, for democratic equilibrium.

Take action upstream and not downstream

“This Commission package presents the first real solution to the gag complaints”, confirms Andrea Di Pietro, a cassation lawyer with experience in information and communication law, including defending journalist Lorenzo Tondo  (Guardian correspondent sued by an Italian magistrate). Di Pietro has dealt with SLAPP for years, even before the acronym became common in Europe. "Time is certainly the determining factor, and it is important that the Commission has understood this and has decided to intervene upstream and not downstream".

Already active in the anti-complaints desk of the FNSI founded by Roberto Morrione, long-time consultant for Ossigeno per l'Informazione, over the years the lawyer has defended dozens of journalists and newspapers targeted by gag complaints, and took part in drafting the directive that the CASE coalition provided to the Commission as a starting point to arrive at the package approved two months ago. "Within the limits of the Union's competences, I believe that these measures are an important signal given to governments and national parliaments: finally, member states are asked to do something, and judges to take into account the public interest and freedom of expression".

Whenever we deal with lawsuits that interfere with the right of citizens to participate in the public debate and hinder the awareness of public opinion on environmental, health, and corruption issues, one should in fact always take into consideration the amount of information that has been lost, silenced, buried in the hard drives of journalists and activists who are intimidated, threatened, blackmailed, kept in a limbo. This is where the agony of public participation begins.

Other measures included in the EU package have a significant impact on the procedure: in the event of early dismissal of the case, the complainant will have the burden of proof and will have to prove that their case is well founded. And there is also the obligation for the judge to make the losing party pay all legal costs, including those incurred by the defendant, who can also ask for compensation for damages, both tangible and intangible.

"The plastic demonstration that the directive is needed"

Di Pietro is pleased with the news that come from Europe: after years of postponements and false promises by the Italian authorities, we will find ourselves having to adopt a tool that is superior precisely because it solves the problem upstream and not downstream.

“We are not disregarding the concerns of offended people – explains Di Pietro – and we do not want to interfere with the constitutional right to defend one's reputation. Here we are talking about a pathology of the judicial instrument, when it is used as a tool against all those people who express their opinion, do research, provide results to public opinion. And we're not just talking about journalists”.

According to the lawyer, "the possibility for the judge of an early acquittal even in civil proceedings is something that solves the problem upstream": the model of the criminal system is followed, with the scrutiny of the judge for preliminary investigations who can file the lawsuit even before the victim is informed. “Precisely for this reason, the intervention of the Commission is awaited with great urgency. The lawyers with us have understood that if there is a client who files a suit for defamation, it is better to start a civil case, just to circumvent the guarantees we have in the criminal procedure. They understood that this filter works and they are all moving to civil procedure".

The Commission's package proposes that the same guarantees be included in the civil sector as well. "The fact that in Italy gag complaints are moving to civil law – argues Andrea Di Pietro – is the plastic demonstration that the directive is needed".

The obligation to order the harassing plaintiff to cover legal costs would also work as a real deterrent, even for the wealthiest. The more harassing and vexatious the case, with higher damages claims, the higher the fees, given that the legal costs are proportioned to the severity of the offence. And the prospect of having to pay the victim's large fees should in any case discourage those who at the moment can afford to promote vexatious causes without the fear of incurring additional expenses in case of defeat.

The need for training

A substantial chapter of the recommendation published together with the directive at the end of April is the invitation to provide training: training for legal professionals, judges, and lawyers, but also for potential victims, journalists, media professionals, and human rights defenders. At the basis of the training, in addition to the procedural rules, the Charter of Fundamental Rights of the European Union and the European Convention on Human Rights, to stress the fact that the object to be defended, the good to be protected, is the right of citizens to be informed, to be included in the public debate, and to be able to express themselves on matters of public interest.

Member states are invited to "support training opportunities", which allow judges, lawyers, journalists, and activists to "develop skills to identify harassing causes and react appropriately": victims must learn how to defend themselves, and the issue must not remain inside the courtrooms, but enter universities, where victims will be called to give their testimony, and become the subject of public discussion, through campaigns and awareness-raising activities that "should aim to explain in a simple and understandable way" what SLAPPs are, how to prevent them, how to fight them, how to deal with them.

"Training is something that Italian lawyers will welcome", explains Di Pietro, who already runs training courses for journalists.

“There is certainly a lot to be done, and the Commission's invitation is precisely to act on several fronts”, Di Pietro confirms. A strong commitment is also required from civil society organisations, so that the issue does not remain strictly legal or legislative.

“Also because it is now clear that expecting major reforms from members of parliament is not plausible. In all the legislatures, in all the reforms that have been proposed in the past, the pejorative amendments have arrived from every political side, without distinction", concludes Di Pietro, who shares with OBCT the commitment to ensure that the EU anti-SLAPP package finds diversified and concrete applications also in Italy, for the sake of freedom of expression and citizen participation.