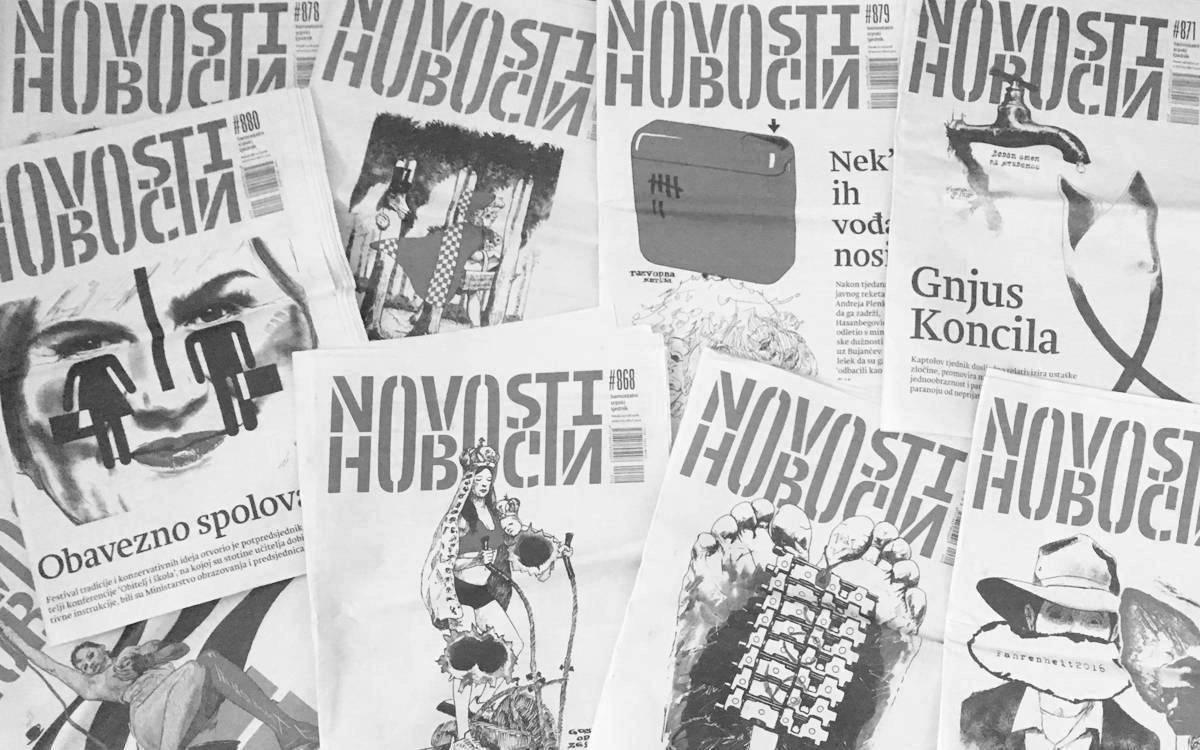 A campaign launched by conservative organization “In the name of the family” threatens to shut down the magazine Novosti, example of pluralism and quality journalism in Croatia

In the last two weeks the weekly Novosti , published in Croatia by the Serb National Council, has been the target of a public attack aiming to suspend the public funding currently supporting the operation of this minority media.

The initiator of the attack is the association “In the name of the family” (U ime obitelj), a conservative organization established in 2013 to coordinate the campaign for the constitutional reform in order to explicitly define marriage as the “union between a man and a woman”.

On February 13, one of the leader of the organization, Željka Markić, held a press conference in front of the Croatian Parliament openly demanding the closure of Novosti.

The accusations moved against the weekly do not find any confirmation in the observation gathered by qualified media organizations active in the region. The regional platform SEE Media Observatory, for instance, has recently included Novosti among the positive examples of alternative media models, stating that “in recent years it became an increasingly influential example of fiercely independent, quality journalism largely funded from public sources”.

But the campaign initiated by Markić did not stop at the institutional level: besides demanding that the Council for National Minorities suspends the funding to Novosti, on February 20 Markić also started a public petition in support of her claims. After the publication of the online petition, the initiators of the campaign flooded the e-mail system of the Council on National Minorities with thousands of automatic e-mails.

As Novosti journalist and editors denounce in their call for solidarity “These actions constitute a dangerous and orchestrated campaign of nationalism and xenophobia aimed at marking the journalists of Novosti as enemies of the state and national traitors.” Further on, they warn, the appeal aims “to instigate public rage against the Serb National Council, which is the umbrella organization of the Serbian national minority in Croatia, therefore against the Serbian national minority in general.”

Several media organizations from across the region and at the European level have promptly reacted, expressing concern and warning against that the closure of Novosti would represent a serious threat to media pluralism and minority inclusion in the media landscape of Croatia: "We consider the association’s attempt not only detrimental to the level of democratic protection of minorities in Croatia, but harmful to the respect for freedom of journalistic and editorial expression within minority media", SEE Media Observatory exposes in its statement.