Croatia Must Not Whitewash the Horrors of Jasenovac 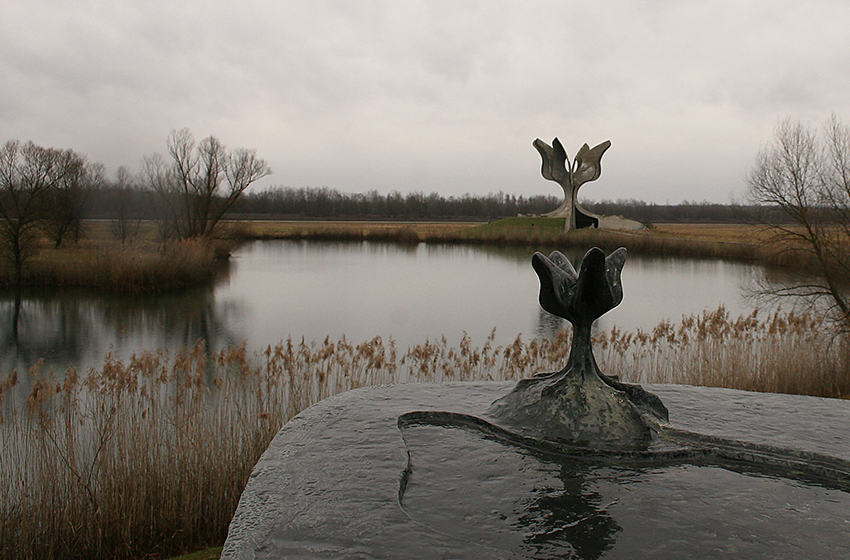 There are horrific realities of history that must not be questioned, distorted or denied by anyone with even the slightest integrity or sense of decency.

The slaughter of millions of Jews in the death camps of Auschwitz-Birkenau, Treblinka, Majdanek, Belzec, Chelmno and Sobibor during the Holocaust of World War II falls squarely in this category.

So does the fundamental fact that this ultimate crime against humanity was perpetrated by Nazi Germany and its multinational fascist accomplices.

Any attempt to deny or to attempt to trivialise or minimise the enormity of this genocide, or to rehabilitate its perpetrators in any way whatsoever, is, simply put, morally obscene.

This is why denying the Holocaust is a criminal offence in Germany, France, Russia, Italy, Austria, Romania, and numerous other countries. Pope Francis has denounced Holocaust denial as “madness”, and his predecessor, Pope Benedict XVI, called it “intolerable”.

It is also important to bear in mind that the Germans were not the only mass killers of Jews, Roma, and others during the Holocaust.

In the Transnistria region, part of Romania at the time, the Hitlerite ally Ion Antonescu’s Iron Guard enthusiastically took part in the slaughter of between 150,000 and 250,000 Jews. And in the Independent State of Croatia, the fascist Ustasa, led by Ante Pavelic, perpetrated a brutal genocide against Serbs, Jews, and Roma.

According to the United States Holocaust Memorial Museum, the Croatian authorities murdered between 320,000 to 340,000 ethnic Serb residents of Croatia and Bosnia during the period of Ustasa rule, and more than 30,000 Croatian Jews were killed either in Croatia or at Auschwitz-Birkenau.

The most notorious of these was a group of five camps collectively named Jasenovac, near Zagreb, often referred to as the “Auschwitz of the Balkans”.

For years, extremist elements in Croatia have sought to rehabilitate the Ustasa and downplay the atrocities perpetrated at Jasenovac.

The most recent example of this trend is a column by Milan Ivkosic, “Jasenovac cleansed of ideology, bias and communist forgery ”, which was published on August 17 in Croatia’s most-read daily, Vecernji list.

Ivkosic writes admiringly and seemingly unashamedly about a book entitled Labour Camp Jasenovac by Igor Vukic , which, according to Ivkosic, “is in fundamental opposition to the decades-long myth of Jasenovac”.

While acknowledging that conditions there were severe, Ivkosic grotesquely declares that “there was fun in the camp. There were sporting matches, especially football, concerts, theatrical performances, among which were pieces that were created by the inmates themselves.”

Fun? At Jasenovac? Ivkosic’s attempt to cleanse Jasenovac and the Ustasa of their evil essence is reprehensible. So is his contemptuous reference to a “myth of Jasenovac”.

The brutal murder of tens of thousands of human beings at Jasenovac is not a myth, Mr. Ivkosic.

“Jasenovac was an unheard death camp, no similar in the whole world existed,” former prisoner Milo Despot said in an oral history interview taken by and maintained at the US Holocaust Memorial Museum.

“The Germans liquidated the inmates in a modern way, while in Jasenovac the killing was most cruel - by mallets, hammers and knifes, the least by bullets,” he said.

“There were no gas chambers, but there was also no shortage of barbarity. Many prisoners had their throats slit or their skulls smashed; others were shot or hanged from the trees that lined the Sava,” reporter Nicholas Wood wrote about Jasenovac in the New York Times in 2006.

I wonder whether Ivkosic considers any of the following four examples of the Ustasa’s behavior at Jasenovac to have been “fun” for the camp’s inmates:

In his oral history interview, Milo Despot described witnessing how a Ustasa unit took more than 100 Serb girls on a barge, ordered them to take off their clothes and then grabbed them by their hair, cut their throats, and threw their corpses into the river.

In another interview, Mara Vejnovic said that she saw the Ustasa kill a group of children with poisonous gas in a barracks at Jasenovac.

Eduard Sajer was assigned to dig a mass grave in one of the Jasenovac camps. He described how Ustasa guards killed inmates by hitting them on the head with mallets, including Eduard’s younger brother, and how he and his fellow grave diggers had to drag the corpses into the mass grave. All Eduard could do for his brother was to take him in his arms and put him gently to rest.

“Friar Majstorovic, his face all made-up and powdered and dressed in an elegant suit and a green hunting hat, watched his victims with delight. He approached the children, even stroked their heads. He was accompanied by Ljubo Milos and Ivica Matkovic.

“Friar Majstorovic told the mothers that their children would be baptized and took them from the mothers, the child whom Friar Majstorovic had in his arms, innocently touched his killer's made-up face. The mothers, distraught, recognized the situation. They offered their lives in exchange for mercy for the children. Two children were placed on the ground, while the third was thrown like a ball into the air. Friar Majstorovic, pointing a dagger up, missed three times, but the fourth time with a joke and a laugh, the child was impaled on the dagger.

“The mothers threw themselves on the ground, pulling their hair, and began to shout dreadfully. The Ustasa guards of the 14th Division from Osijek took them away and killed them. Once all three children had been so brutally killed, these three two-legged beasts exchanged money, because they seemed to have a bet who would be the first to stick a dagger in a child.”

By distorting the gruesome reality of Jasenovac, Milan Ivkosic has desecrated the memory of the thousands upon thousands of innocent men, women, and children who were murdered there.

And by publishing Ivkosic’s shameful column, Vecernji list has become complicit in the impermissible campaign to rehabilitate the Ustasa and whitewash its crimes. Both Ivkosic and Vecernji list must now be held to account.

Menachem Z. Rosensaft is General Counsel of the World Jewish Congress. He teaches about the law of genocide at the law schools of Columbia and Cornell Universities in the United States.