The truth about Jasenovac 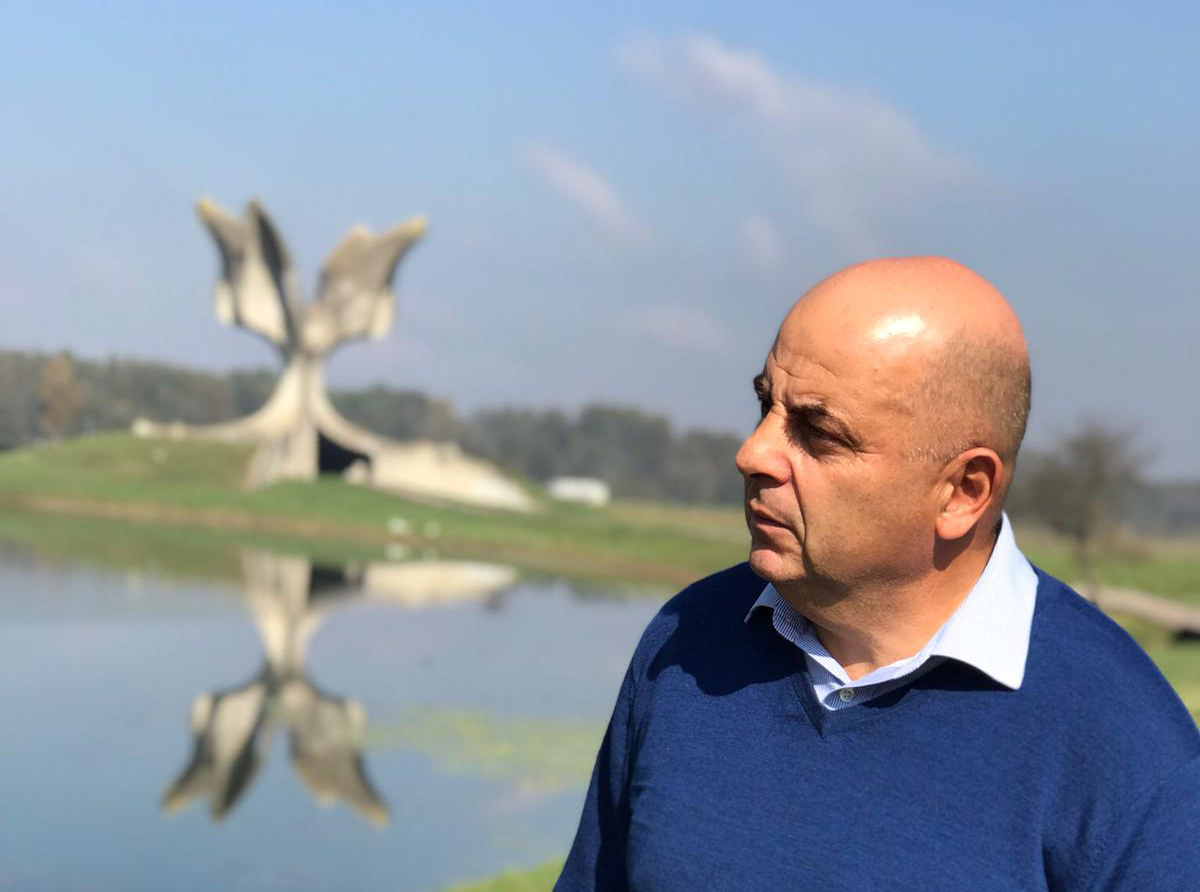 Between historical revisionism and divided memories, the Jasenovac concentration camp (Croatia) keeps fostering division and debate in the communities of the region. Ivo Goldstein, a well-known Croatian historian, explains the reason for a long-standing dispute

Also this year, as has happened since 2016, two opposing ceremonies celebrated the liberation of the Jasenovac concentration camp on April 22nd, 1945. The Jewish and Roma communities as well as the representative of the Serbian minority decided not to participate in the official celebrations, accusing Andrej Plenković's government of being ham-handed in the fight against historical revisionism. We talked about it with Ivo Goldstein, noted Croatian historian and author of a recent essay on Jasenovac (Fraktura, 2018).

The official ceremony at Jasenovac was boycotted for the fourth consecutive year. Why?

Because the government keeps making mistakes, there is no sincerity in its condemnation of those events. This is at least my opinion, I am not the one who decided to boycott the ceremony.

What kind of mistakes are we talking about? In 2016, at the time of the Orešković government, it was clear that the government sponsored historical revisionism. Has nothing changed with the Plenković government?

I cite a recent example. In mid-March, Minister of Science and Education Blaženka Divjak sent a letter to schools to invite teachers to take the students on a trip to Jasenovac – a commendable initiative, given that today only few classes visit the former extermination camp. Unfortunately, however, the letter does not mention ustashe, but only the "Jasenovac camp" and the Shoah – nothing about the Serbs or the Roma who died in the concentration camp. 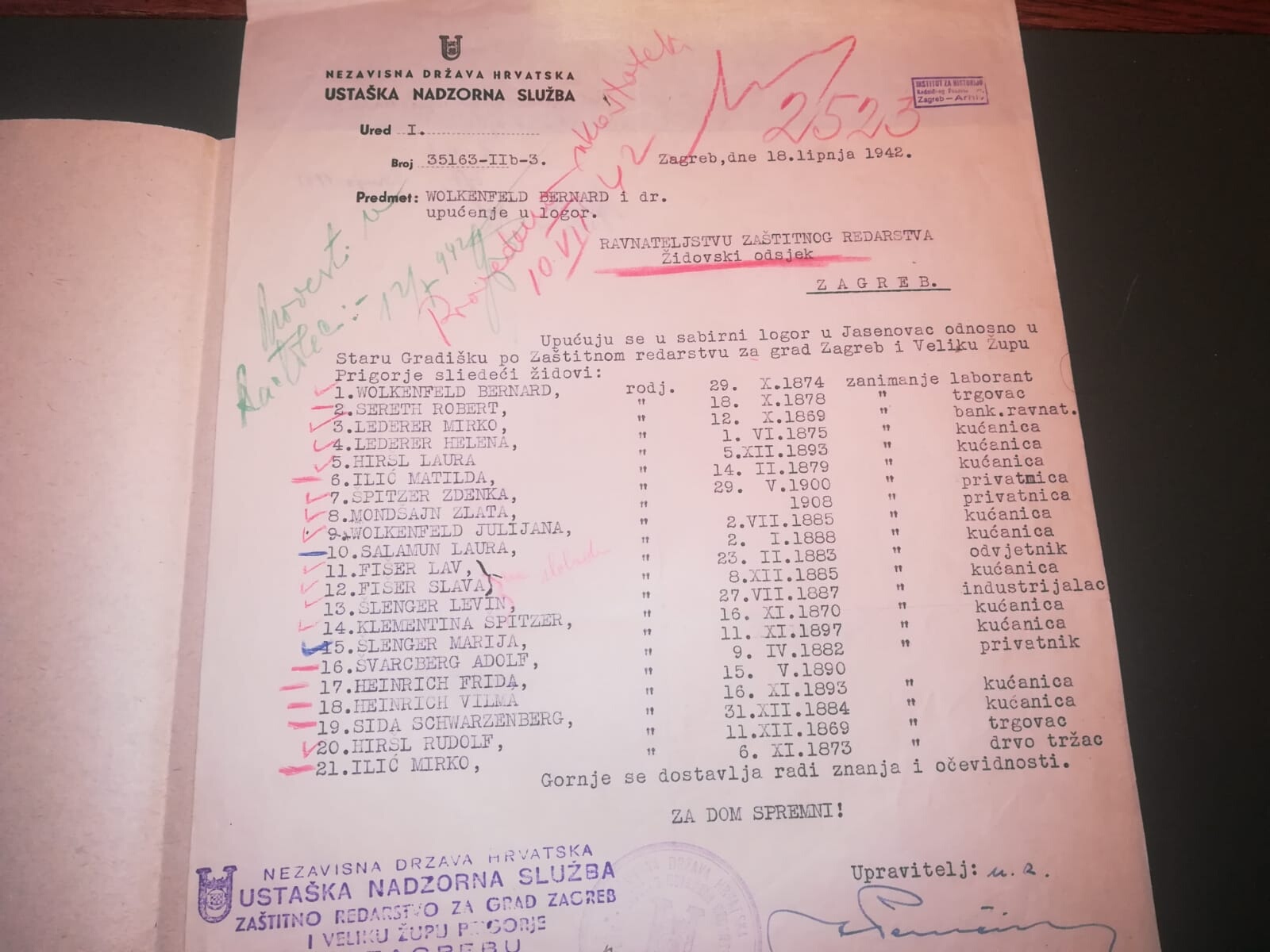 Because the government only acts in response to external pressure or to comply with international obligations. Not for the culture of memory. I have no words to describe how negative this attitude is. So, Divjak's initiative is certainly a good start, but it shows all the weakness and limits of the government's action.

Why is it so difficult for the Croatian government to embrace the historical truth about Jasenovac?

The reason is political. The government thinks that the extreme right is influential and makes these concessions hoping to appease it. It's horrible. They do not realise that not only does this not pacify the extreme right, but it does not even reduce the problem. In fact, it emboldens revisionists.

What are the origins of the Jasenovac dispute?

It is a topic that has haunted Croatia for over 70 years. First of all, it should be noted that after 1945, in the first post-war period, Yugoslavia manipulated the number of war victims to obtain greater repairs at the peace table. Hence, even if Yugoslav demographers had estimated 1 million deaths and a 1.7 million population loss (also counting emigrants, the unborn, etc.), Yugoslav diplomats spoke of 1.7 million deaths in Paris. So, it is not clear how, the idea was born that 700,000 of these had died in Jasenovac. It was a lie, but in a totalitarian system, the truth is what the government says.

Has that figure stood for a long time?

Yes, at the official level we continued to talk about 700,000 deaths in Jasenovac, although a 1964 survey carried out in Belgrade registered 59,500 victims. Such data simply remained secret and the research was never published. It was made known only in the 1990s, thanks to a Bosnian Muslim institute. Yet, among historians, it was already clear in the early 1990s that there could not have been 700,000 victims, simply because that figure was inconsistent with the basin of the camp.

So, was Croatian revisionism born in response to Yugoslav exaggeration?

I think there are three main sources of Croatian revisionism on Jasenovac. On the one hand, yes, it was a reaction to the 700,000 figure. On the other hand, there was the need to create a new historiography with the new state and therefore reject everything Yugoslav. And finally, there was the desire of the most nationalist groups to rewrite history, advertising the ustasha regime as something positive for Croatia. Then, the historical trigger was the Serbian revanchism of the 1980s, when Belgrade began to rumour that "the 700,000 were all Serbs", or that "the Croats are collectively guilty for Jasenovac", or even to mention "millions" of deaths. Tuđman himself was the first to respond to Serbian hysteria with his book Bespuća povijesne zbiljnosti [The Horrors of War], published in 1989.

What was the point of view of the first Croatian president?

Tuđman tried to achieve a counterbalance and has the merit of distinguishing between ustashe and Croats, but his work ended up complicating things even more. He developed a theory according to which the real culprits would have been six Jewish kapos, in his opinion "privileged" in the camp – hard to believe, since 5 died before 1942. In short, Tuđman tried to mitigate Croatia's faults, but chose the wrong method. The ustashe cannot be defended. On the contrary, it is historically true that, towards the end of the war, the majority of Croats took part in the anti-fascist struggle. There were more Croats among the partisans than among the ustashe.

What does historiography say about the number of deaths in Jasenovac today?

The list at the Jasenovac camp reports 83,811 names, the one in the Belgrade genocide museum 84,000. In my opinion, 10-20% may still be missing, also considering that moderate Belgrade historians speak of 120,000 possible victims. In short, we will get to about 100,000 victims, I think. But the search is not over. I have proposed to the representatives of Croatia, Serbia, and Bosnia and Herzegovina to share data and do joint research, but nobody is interested.

Where do Croatian revisionists who speak of 18,000 victims get their figures? For example, Jakov Sedlar does this in his documentary "Jasenovac the truth", which was by the way awarded by the city of Zagreb.

That is bullshit. These people simply know they are lying. There are hundreds of documents from the time that mention the names of those killed in Jasenovac. Just look at them. That's what I do. They accuse me of not loving Croatia, of telling lies, but all I do is report what I see in the documents.

Is this counter-narrative based on falsehood that the Croatian government fails or is not willing to eradicate?

Yes, even the government supports the argument that "Croats cannot be war criminals". But that's not getting us anywhere.