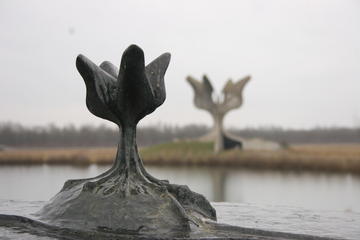 The memory of World War II in Croatia, from the Yugoslavian period until the present day. The changes of the 1990s. Jasenovac, Bleiburg, the day of antifascist struggle and the exodus of Italians: an interview with Vjeran Pavlaković

Vjeran Pavlaković, historian, teaches culture of memory at the department of cultural studies at the University of Rijeka. He edited with Sabrina Ramet, Serbia since 1989: Politics and Society under Milosević and After, University of Washington Press. One of his essays was published in Italy in the volume Una storia balcanica. Fascismo, comunismo e nazionalismo nella Jugoslavia del Novecento (A Balkan History: Fascism, Communism, and Nationalism in 20th Century Yugoslavia), edited by Lorenzo Bertucelli and Mila Orlić (editors) Ombre Corte, Verona, 2008.

In Croatia, where are the places of memory from World War II?

They have changed over the years. We could distinguish between three major periods: communism, the 1990s, and finally, the period after Tudjman's death, starting in 2000. The two places that currently best illustrate the situation of Croatia's divided memory on World War II are the Jasenovac Memorial and Bleiburg. The first memorialises the concentration camp on the Sava River created by the Independent State of Croatia (NDH). Bleiburg, in Austria close to Slovenia, is the place where the collaborationist forces surrendered in 1945.

The day of memory in Jasenovac is 22 April, the day the camp was liberated. Is there a similar date for Bleiburg?

The annual meeting of Osservatorio took place on 10 and 11 November 2008 in Vienna. International activists and scholars discussed the relationship with the past and the process of reconciliation in the Balkans.
Go to the page of the event

It was the Sunday closest to May 15. A law was passed this year moving the date to Saturday, in order to make possible greater participation by the clergy. This shows the special relationship between the Croatian Catholic Church and the commemoration of this event. At the same time, Croatia has a big debate over the fact that their Catholic hierarchy has never visited Jasenovac.

How are the facts related to Bleiburg remembered today?

As "Bleiburg i Krizni put" that is, Bleiburg and the Road of the Cross. In Bleiburg, soldiers surrendered to the British army but they were handed over to the partisans and forced to return to Yugoslavia. There were few victims in Austria, primarily soldiers who had taken their own lives, or who were killed in the clashes taking place before the surrender. Most victims were killed during the march back, especially in Slovenia, but also in Croatia. Some were later deported to detention camps in Bosnia or Macedonia.

What is the official version of May 15?

May 15 is the "day of remembrance of all Croatian victims". An event from World War II, Bleiburg, was thus transformed in a day to remember all Croats who died at any time for the Croatian state.

When was this significance introduced?

In 1995 on the 50th anniversary of the Bleiburg surrender, the Croatian Parliament undertook the duty to organise this commemoration. Before the 1990s, Yugoslavia prohibited remembrance of Bleiburg; the only people who went there were from the diaspora.

Are there official data on the number of victims in Bleiburg, or the Road of the Cross?

There is a huge debate on the issue. Mesić for example refuses to go to Bleiburg until systematic research has been conducted to establish the number of victims and soldiers killed in combat. The numbers I consider credible vary between 50,000 and 80,000 victims. Most victims were Croats. The diaspora elevated this number to 600,000, and especially during the 1960s, 1970s, and 1980s, the diaspora talked of genocide committed against the Croatian people. The revisionists - forces that want to rehabilitate the Ustasha and NDH - argue that Bleiburg has been a worse massacre than Jasenovac.

The numbers are quite close to those given at present at the new Museum of Jasenovac...

The number that I use concerning Jasenovac is between 80,000 and100,000 victims. At present, around 76,000 names of people killed in Jasenovac have been confirmed, but I think that an estimate closer to 100,000 is more credible. There is however still a big debate on these issues; both sides have manipulated the numbers.

What are the other important dates and places in the debate on World War II in Croatia?

Croatia's official date commemorating World War II is June 22, which is the "day of antifascist struggle". This is a national holiday.

Where is it celebrated?

The celebration focuses on Sisak, where the first partisan unit started its activity against NDH.

This celebration remained as such throughout the 1990s?

In reality, the date was originally 27 July, and it commemorated the uprising in the community of Srb, in Lika. On 27 July 1941 the local population, which was mostly Serb, rose up against the fascists. The problem with this date was that it used a Serb uprising to commemorate World War II in Croatia, thus it was changed to 22 June.

How are the places related to the Italian occupation, in particular the concentration camp on the island of Rab/Arbe, remembered in Croatia today?

The camp on Rab is practically forgotten. It reemerged in 2007, however, after the polemic between Croatian President Mesić and Italian President Napolitano, following the celebration of the day of remembrance in Italy. Some of the Croatian press suggested that the three presidents, the Italian, Croatian, and Slovenian, should go together to Rab, and afterwards to Basovizza. Therefore, in the context of Italian memory, the Croatian public opinion again remembered Rab. In general, the Italian question is not present in public opinion; the very important issues are Jasenovac and Bleiburg. The division between the right and the left, the dynamics involving Communists against Ustasha and Serbs against Croats, especially after the wars from the 1990s, are much more relevant.

Apart from Rab, does the Croatian public regard other places as important symbols of the Italian occupation?

In general, I would say no. Of course, there are some local exceptions. I remember vividly a visit in Gorski Kotar to the community of Cabar, between Rijeka and Zagreb. This town's entire population was deported and held in one of the Italian concentration camps during the occupation. A few years ago, I went there for other purposes and the town's mayor talked to the visitors of those events, "We remember when the Italians deported our entire population; it was an act of ethnic cleansing against the entire town." Hence, certain localities still have a strong memory of the Italian occupation, but the general public debate does not involve a strong memory.

Why is there nothing but ruins today in Goli Otok, the concentration camp for the opponents of Tito's regime? Is nobody in Croatia interested in the memory of this place?

Paradoxically, there is perhaps more research in Italy on Goli Otok than in Croatia. The only thing we have here are the diaries, the personal records of the prisoners, but there is no systematic academic research, except for a few articles. The issue of Goli Otok emerges only when the right wing or the nationalists compile the list of crimes committed by the communists. Perhaps, one reason it did not become an important topic of debate is that it was a crime committed by communists against communists; no elements could link it to the 1990s.

Unlike Jasenovac and Bleiburg?

Exactly. For example, Jasenovac, which was under Serb control from 1991 to 1995, was used to justify the rebellion against Zagreb, "Look at Jasenovac! This new Croatian government will repeat it." In Bleiburg, on the other hand, in the 1990s, some Croatians said, "The Serbs will repeat Bleiburg." These places represented the link between the 1940s and the 1990s, whereas Goli Otok did not, and thus it was not interesting.

How is the exodus of the Italians from ex-Yugoslavia after 1945 remembered in Croatia today?

The daily newspaper Novi List wrote of this on many occasions, and the issue reemerged after the debate between Mesić and Napolitano. Generally, in Croatia, some argue that the numbers of the Italians who left the country had been exaggerated. Some fear that restarting the debate on this issue could promote a more general revisionist attitude concerning the Paris and Osimo treaties signed between Italy and Yugoslavia in the postwar period. In public debate in Croatia, distinct terminology is used; esuli (exiled) or optanti (opt-outs), both in their Italian versions. Esuli indicates the Italians were expulsed and forced to exile; optanti indicates they chose to leave.

Which term is used more?

In 2007, before the commemoration of 10 February in Italy and the subsequent polemic, Mesić used "optanti" (opt-outs). The dominant version in Croatia is that some Italians chose to leave because they had collaborated with the fascist regime, and that they did not have the right to compensation, as agreed in the postwar accords, which identify the entities entitled to reparations.

Recently there has been the positive experience of collaboration between Italian and Slovene historians, which took place within the mandate of the joint commission on the recent history of the border. Why couldn't this happen also with Croatia?

I don't know for sure. I can only say that as far I am concerned, I fully support the idea of such a dialogue. I work with organizations such as Documenta, which works on processing of the past. I think new efforts should be made to have representatives of all three parties, and especially historians, to start talking again. In addition, we continue to witness attempts by politicians to manipulate the numbers and instrumentalise emotions and this produces an irrational discussion about these events.