Kanta Ibragimov, the Chechen writer nominated for the Nobel Prize 17/04/2012 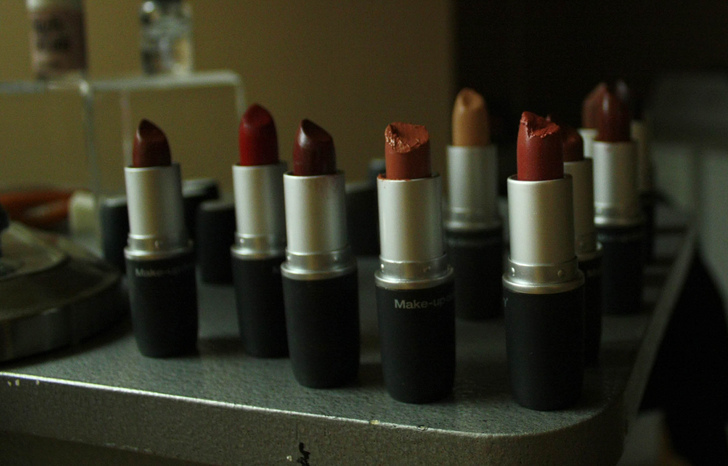 Lula is an actress to the bone, “flirtatious, fond of cosmetics, she pays attention to her gait and the tone of her voice”. A true life story from Chechnya, told by Mainat Kourbanova for the readers of Osservatorio Balcani e Caucaso

Lula lived in her kitchen. The only bedroom in her two-room apartment in the center of Grozny, which she received some time ago for her merits as an actress, was destroyed in the bombings. By then, it had become home to mice, who had been there long and did not even hide. An explosion had demolished the door that, from the tiny corridor, led to what had been the living room: in its place, an old blanket.

The kitchen of a typical two-room Soviet apartment was so small that it seemed impossible that a bed could fit in there. Indeed, what laid between the walls, with the head facing the small window surrounded by broken bricks, looked more like a camp bed. In front of the “bed” was the table, a worktop and kitchen table at the same time. In a corner, books piling up, with the ever-present Heinrich Böll in five volumes.

Then, pieces of paper, covered high and low by the script of a play Lula’s director was working. On the other side of the table were cutlery, unfinished products from the market in Grozny, packets of instant coffee. Another corner was kept for sophisticated facial and hand creams, bottles of perfume, cosmetics. Nourishing, moisturizing, “revitalizing” creams, and other kinds of creams. I do not know if there are any other types of mask, but if there are, they were there for sure, enigmatic, on the table of Lula’s small kitchen, in a sinister and strange house, a house torn by a bomb in two halves that no longer fit together, in the center of a sleepwalking Grozny at the beginning of the 21st century.

I was so moved, it took me a while to collect myself the first time I saw Lula off the screen, that I saw the Chechen theater star, the host of art programs on TV and on the radio. We were in Grozny, a different and faraway Grozny, long gone, made of trams, flowers and monuments to Lenin. I was fourteen.

So, I was walking with some friends, one evening, when there was Lula walking in the opposite direction, with a pink scarf on her neck. We could still smell the trail of her perfume for a while after she walked by. She was as dazzling and striking, off the screen. Years later I moved to a house where, I discovered, Lula was also living. Then, when the bombings started, we both refused to go down to the basement, at first; during the Second Chechen war, we spent long winter nights together. We would go down among the ruins of the neighbors’ cellar, to collect the water that dripped monotonously from some rusty pipe. Two 10-liter buckets each.

In her tiny kitchen, with her back leaning on the humid wall, she would study monologues from “Mother Courage” by Brecht. So many other memories, before and after that. For me, Lula was still the ethereal and defenseless tiny person with the pink chiffon scarf, not fit for life in the hovels of Grozny, where we were all living at the time. She was still an actress to the bone, flirtatious, fond of cosmetics, she paid attention to her gait and the tone of her voice. Even under those circumstances she took great care of her face and body.

“I think they’ll let us have him – Lula would repeat – Thanks be to God they’re corruptible... God is merciful, and men are bribable. As long as there’s corruption, there’ll be merciful judges and even the innocent may get off.”

Lula read under her breath. Gradually, her actress voice would become hardly audible in the dense silence of the city going off to sleep. In our case, though, her being so absorbed in her role played bad tricks – the mice, which would quiet down at the sound of human voice, would immediately react to the silence and start trotting again. Lula would take out one of the small pieces of brick that she kept for moments like these and throw it in the direction of the mice.

Around dawn, out the window, the cannon shots would start. Lula would jolt immediately, look worried towards the window and then at me, with only one question in her eyes wide open with fear: how close are the gun shots? They were close more often than they were far, but Lula could not understand this, so it was not difficult to fool her. In the morning, before going to work, she would go and get the water. She would go down from the destroyed fifth floor, wrapped up in whatever could warm up her tired and poorly-dressed body.

On both sides of the road, the burned five-floor houses grimly revealed the empty frames of the windows. On the roofs, snipers sat bored. They knew Lula by sight, as they knew almost all the people living in the area. Their favorite pastime was shooting around her feet when she went to get the water. What was even funnier for them, though, was when she would return home with the buckets full, attentively walking on the frozen path. The snipers knew very well that a shot is always unexpected and that, even when you gather all your good will in waiting for an abrupt explosion, it is impossible to keep your balance when bullets make snow and pieces of frozen ground fly from under your feet.

Not long ago, Lula fled from the Republic where, according to official sources, people have long been able to live a peaceful and creative life. The most beautiful woman of the Chechen theater has asked for political asylum in a European country and, while waiting for officials to decide, she makes a living doing house-work for a local family.