The Kadyrov system: neither Russian nor sharia

Russian elections and the wonders of Chechen arithmetic 01/03/2012 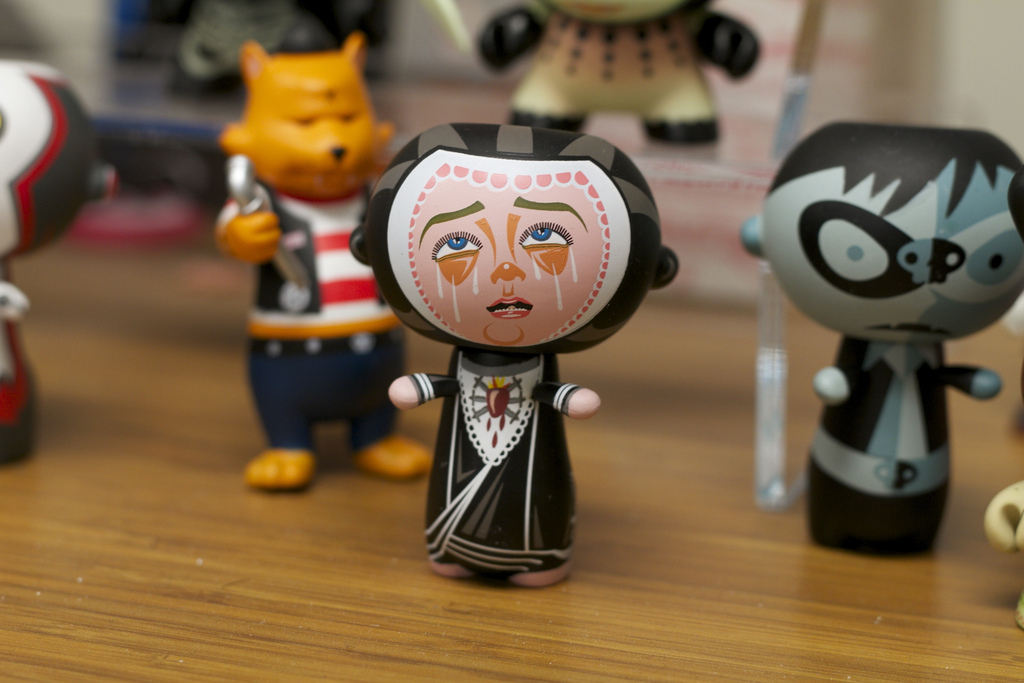 Life in contemporary Chechnya cannot be subsumed under any one stereotype. The mix of Russian constitution, despotism, and sharia makes it virtually impossible to understand the rules of the game in this republic that is officially part of the Russian Federation. Stories from the “Kadyrov system” told by Majnat Kurbanova

Chechnya recently welcomed an object presented to the world as the cup of Prophet Muhammad. Despite the lack of supporting evidence, the event was accompanied by an unprecedented wave of pathos. After flying from London, the “prophet's cup” was met at the airport by none other than president Ramzan Kadyrov and then paraded all through the city to the central mosque named after Kadyrov’s father. The elegant Rolls Royce carrying the president and the cup was accompanied all the way by cheering masses, with the president himself ostensibly moved by the sight of the object that may have been touched by the lips of the man that Muslims regard as Allah’s definitive prophet. Unable to remain indifferent to their almighty leader's emotional outburst, all officials in front of the cameras followed Kadyrov’s example of weeping.

The following day, after Kadyrov and his acolytes had a chance to drink from the cup, it was displayed in the mosque; then, Chechnya went back to its usual life. That includes, for example, preparing for the capital's day, by miracle coinciding with the president's 35th birthday. The government, just recovered from the mystical rapture caused by the “prophet's cup”, invited an array of music and film stars, including violinist Vanessa Mae, the two-time, Oscar-winning actress Hilary Swank, and action-film star Jean-Claude Van Damme, while singer Shakira's absence spared the country her well-known repertoire of unorthodox dance moves and a half-million-dollar performance fee. The core question for the population, long used to the government's generosity to stars of Shakira's and lesser standing, was – what is she going to wear, and is she going to perform her trademark sexy moves? In Chechnya, where 100% of the population is Muslim and the president insists on appearing as a deeply religious person to the point of declaring the sharia above the laws of the Russian Federation, local female singers have only been able to perform if completely covered in their clothes and scarves for years. And, the president, though always generous with luxury flats and cars, insists that local celebrities conform – at least in appearance – to the rules of the sharia and ancient national traditions.

This has not been the president's only metamorphosis, though. Only a few years ago, women dressing according to Islamic rules used to be harassed, accused of being extremists close to terrorist groups, discriminated in the workplace and at the university, and overall seen as suspicious. Less than two years later, the opposite has become true. On TV and in newspapers, all those who used to criticise veiled women urge female Chechens to dress in conformity with religious precepts. Now, non-veiled women are not allowed into public offices and universities – even six-year-olds going to school for the first time must wear a headscarf.

At the same time, the government repeats that Chechnya is part of the Russian Federation and complies with its laws, although Russia remains a secular country where the sharia is not in effect. How can a federal territory be ruled not by a uniform law, but by a complex system of Islam, Russian law, and medieval traditions that openly contradict even the sharia, let alone the federal constitution? The answer to this question can be found only if one understands the “ Kadyrov system”.

Troubles of a young president

The 35-year-old president, rose to power too soon and has been the Kremlin's favourite for too long. He knows, however, that his hold over the country may appear absolute, but the boundaries between licit and illicit are set by a power much farther north – the Kremlin. The “old-new president” Vladimir Putin provides extensive, but not unlimited, trust and support. Therefore, the “Kadyrov system” has two parts working inside and outside the Chechen borders. Kadyrov knows very well that, after centuries of war against Russia in the very name of Islam, he could never maintain internal support without appearing as a true Muslim guarding God's law and national traditions. He knows equally well that the Kremlin gives him carte blanche in Chechnya only because – and as long as – he guarantees at all costs the rebel region's submission to the central power. This is why the young president must do everything to keep both his people and the Kremlin happy.

Over the years, Chechnya has welcomed many Russian and international stars, including the remains of the Boney M. disco group (recovered from the dust long after their celebrity years during Kadyrov's childhood), Mike Tyson, Maradona, and Lara Fabian. Like any young king who had not enough time to play, the president desperately seeks after his lost youth. This may be why most of the “stars” he invites are dated, often forgotten characters – they are the only ones he could remember. Other, more contemporary ones he may not even know – he never had the chance.