They Are Coming Back 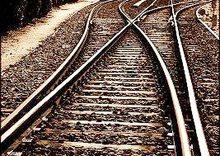 Two important Chechen politicians in exile, Bukhari Baraev and Akhmed Zakaev, have announced, one right after the other, their intentions to return to Chechnya soon

In past years, Baraev lived in Europe where he acted as representative of the separatist Chechen government, also called "the government of the Chechen Republic of Ichkeria." In Europe, where he is the most famous Chechen political émigré, Zakaev has been a symbol of Ichkerian resistance for years.

The Chechen Republic of Ichkeria
This is the name of the self-declared, independent Republic of Chechnya, created after the collapse of the Soviet Union. In 1997, after the end of the first Chechen war, then-Russian president Yeltsin and Chechen president Maskhadov signed a peace treaty which laid out the "basic principles of the relations between the Russian Federation and the Chechen Republic of Ichkeria." The independence of the Republic of Ichkeria has not been recognized by any government or international institution with the exception of the Taliban regime in Afghanistan which recognized it in 2000. The current government - established in Chechnya in 1999 after the second Chechen war and now led by Ramzan Kadyrov - has been in favor of maintaining autonomy within the Russian Federation.

Surprisingly, Baraev and Zakaev's decision coincides with the second anniversary of the Chechen government led by Ramzan Kadyrov. Kadyrov was nominated for the post of interim president of the Republic of Chechnya on 15 February 2007 and, on 1 March of the same year, was confirmed for the position. From the first day of his government's rule, Kadyrov's relationship with supporters of Chechen independence has adhered to two approaches: they have either been labelled "rebels" and eliminated, or forgiven of past crimes upon demonstration of a willingness to serve the Kadyrov government and to return to civilian life.

Baraev stated that in recent months, he "witnessed, via information supplied by international sources, huge and positive changes which have been taking place in the homeland...Exactly because of this, I realized that I have been living in an error. My sense of reason had been blinded by fanatical ideas." These were the words of Baraev who was the representative in Europe of the interests of current Ichkerian president Dokku Umarova. Over the years, Baraev's family has taken part in many terrorist actions. His brother, Arbi Baraev, was one of the more violent commanders of the Chechen guerillas. He was killed in 2001. Bukhari Baraev's son, Movsar, led the guerilla group which besieged a theatre in Moscow's Dubrovka district in 2002. According to estimates, between 130 and 170 people died as a result of that terrorist action.

The biography of Zakaev, who has the intention to return to Chechnya and allow the "establishment of lasting peace in the region," is actually richer than that of Baraev. During the first Chechen war, he was promoted to the position of brigadier general and controlled the Urus-Martanovsk front line. Beginning in 1998, he was a deputy prime minister of the unrecognised government of Ichkeria. However, in the beginning of 2000, Akhmed Zakaev renounced violence, left the region and started seeking international support for the Chechen cause abroad. In London, where he has been living since 2002, he met Carla del Ponte who was, at the time, Chief Prosecutor of two United Nations international criminal tribunals. He petitioned her to bring Russian President Vladimir Putin to justice.

While residing in the UK, Zakaev became then-Chechen president Aslan Maskhadov's official representative in Europe. Maskhadov was killed in 2005. After the siege of the Dubrovka theatre in Moscow in 2002, Zakaev was arrested in Denmark. Russian authorities requested his extradition and accused him of involvement in the terrorist operation but Denmark did not find sufficient evidence to support the charges. In 2003, the British authorities also refused to extradite Zakaev, guaranteeing him political asylum in the country. In 2006, Akhmed Zakaev offered a car ride to former Russian Federal Security Service (FSB) official Aleksander Litvinenko. He dropped him off at a meeting. During that meeting, Litvinenko was poisoned with Polonium-210. The British authorities accused former FSB officials Andrej Lugovoj and Yuri Kovtun with the crime, whereas the Russian side officially accused Zakaev.

At the same time, Zakaev was considered to belong to the moderate stream of the Chechen resistance. Novaja Gazeta journalist Anna Politkovskaja, who was killed in 2006, wrote of him: "he is the figure of compromise from all points of view; a person who would be useful in the case that Russia, and particularly the Kremlin, decided to make the decisions which could get us out from the Chechen dead end."

The Peace between Old Foes

Akhmed Zakaev's decision to return to Chechnya has been in the works for quite some time. The first rumour of Zakaev's possible imminent return to Grozny spread in 2008. At the time, Kadyrov commented on this possibility ironically, saying that "Chechnya would be happy if Akhmed Zakaev decided to return to the country, given that he is a good artist and he could help us in the process of revival of Chechen culture."

By January 2009, when the possibility of Zakaev's return began to be mentioned in the press, the Kadyrov administration almost entered into a direct conflict with the FSB. After the Federal Security Services started accusing Zakaev of having created new armed formations in Chechnya, obviously with the intention of finally having him extradited, the Chechen administration unexpectedly expressed support for Zakaev and accused the FSB of hindering the dialogue between Chechen authorities and the rebels.

It turned out that after Baraev, Zakaev also decided to return to Chechnya - where, by all evidence, the authorities are willing to forgive him. The special representative of the Russian president for international cooperation in the fight against terrorism and organized crime, Anatolij Safonov, said that "the door to amnesty is not closed for Zakaev."

The dropping of charges in exchange for loyalty to Chechen authorities is the major legal issue in the aftermath of the two Chechen wars. To date, the only trial of an important rebel chief was that of Salman Raduev, also called "Terrorist No. 2," who was one of the major commanders among the rebels. In 2002, Raduev was sentenced to life in prison, but the next year he died in his cell under mysterious circumstances. There were no other trials of this type in Russia. The army always preferred to eliminate rebel leaders on the spot rather than to prove their guilt in a court of law. But, for example, the situation with "Terrorist No. 1," Shamil Basaev, was always very clear - Basaev eagerly took responsibility for all the major assassinations that took place on Russian territory. In other cases, such as that of Chechen president Aslan Maskhadov, it eventually turned out that the Russian prosecution had not officially made any charges at all.

It is as difficult to prove the rebels guilty of crimes they have committed as it is to pardon them. Until Zakaev's return, the most well-known case of "rehabilitation" was that of Ichkerian former defence minister Magomed Khambiev. He had surrendered to Chechen authorities in 2004. In exchange for his willingness to cooperate with the new group in power, Khambiev became an MP in the Chechen parliament. At the end of 2008, he was even re-elected as a candidate of United Russia, the party led by Vladimir Putin. From a legal point of view, it is difficult to justify this practice of "pardoning" but, nevertheless, it did prove necessary in Chechnya. In the final run, president Ramzan Kadyrov himself as well as his father, the former Chechen president Akhmed Kadyrov, are both "returnees" of this kind. During the first Chechen war, the Kadyrov father and son fought on the side of the rebels and, later, took sides with the Russian forces only at the beginning of the second Chechen war.

Khambiev's rehabilitation will seem like a minor thing if Bukhari Baraev and, in particular, Akhmed Akaev really return to Chechnya. Sources in the Chechen administration already talk of the possibility of giving Zakaev an important role in the Ministry of Culture. This is probably one of the major paradoxes in politics in the Caucasus: Ramzan Kadyrov who, until recently, accused Zakaev of having been involved in the assassination of his father, is willing to give him an important role in his government. Where is the logic? It won't be easy to find it.