Kadyrov requested to testify in Vienna 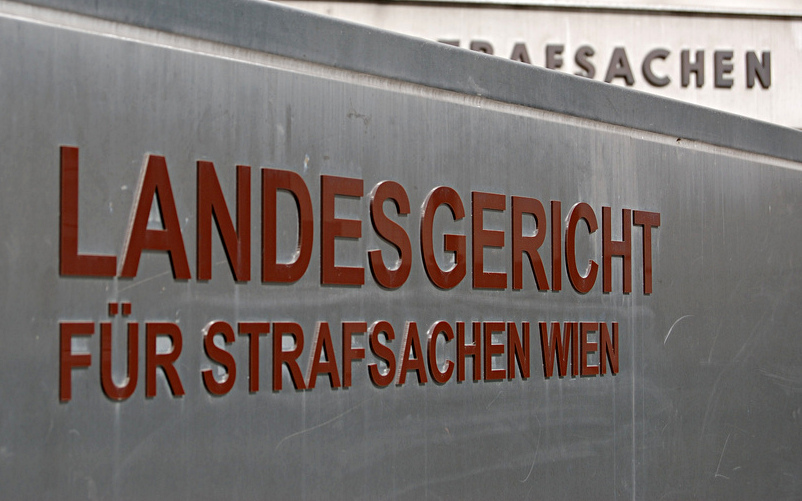 Umar Israilov, ex Chechen guerrilla fighter, denounced the Chechen leadership for torture at the European court of human rights. He was subsequently murdered, in January 2009 in Vienna, where he had been granted the status of political refugee. Right now in the Austrian capital the trial regarding his assassination is being held. The Chechen President Kadyrov has been called to testify

The trial for the murder of Umar Israilov is currently being held in Vienna. The entrance to the tribunal on Landesgerichtstrasse indicates this is not a common criminal case. Security measures have been visibly strengthened for the trial. At the entrance and outside the courtroom, the police keep two checkpoints complete with metal-detectors. Police completely fill the courtroom.

The victim's widow, father, and brother attend the proceedings. Three Chechen refugees sit on the dock. Otto Kaltenbrunner, 42, is considered the lead character among the accused. His original name is Ramzan Edilov, but he chose his unusual pseudonym in honour of a well-known Nazi criminal. He is regarded as a trusted associate of Chechen president Ramzan Kadyrov who, according to the investigations, commissioned Israilov's murder. The prosecution charges Kaltenbrunner, a refugee in the Austrian town of Sankt Pölten, with primary responsibility for the murder. Slim bordering on fragility, eyes shielded by thick glasses, Kaltenbrunner appeared in an elegant suit and bright red tie. “Kadyrov sure knows how to dress his employees,” joked a local journalist: “Man erzählt, sie tragen alle nur Brioni” (“They say they only wear Brioni,” referring to the Italian company producing tailored clothes worn by state leaders and film stars).

The other two defendants, Suleiman Dadayev and Turpal-Ali Yesherkayev, are accused of participating in seeking out and killing Israilov. The prosecution documents also mention Lecha Bogatyrev, who allegedly shot Israilov and then fled to Chechnya, where – according to prosecutor Leopold Bien – he received the highest rank of army commander and a substantial reward from the government.

Umar Israilov, 27 years old, had joined the Chechen rebels in the early 2000s and fought against Russian forces. He was later captured and ended in Kadyrov's so-called personal prison in Tsentoroi – the Chechen leader's native village – where he was tortured for months in an attempt to force him to support the pro-Russian Chechen military forces. Broken by the systematic beatings and tortures – allegedly with Kadyrov's personal participation, Israilov eventually accepted to join a division directly answering to the Chechen leader. However, at the first opportunity, he fled abroad with his wife and children. Once in Austria, he denounced Kadyrov and his men for torture to the European court for human rights in Strasbourg, France. According to the Austrian police investigations, this cost the political refugee his life. In retaliation, the Chechen police arrested Israilov's father and held him for 11 months – also with systematic beatings and tortures – to get the son to drop the complaint and return to Chechnya. When it became clear that Israilov would not yield, Chechen authorities – according to the Austrian prosecution – decided to kidnap or kill the recalcitrant refugee.

In his two-hour opening statement, prosecutor Leopold Bien described in detail the circumstances of the crime, from planning and preparation to execution. He did not neglect Chechnya's historical and political situation or the role of the Chechen diaspora in Europe. Furthermore, based on wire-tapped phone conversations, he portrayed each defendant's role in the crime, including the details of the tragedy staged in Vienna on 13 January 2009. Bien told the jury about the Chechen wars, the terror reigning in the country, and how the Kremlin managed to gain back the control of the rebel republic after the second war ended – at least officially. After the murder of Chechnya’s president Akhmat Kadyrov, the power passed to his son Ramzan, who – according to the prosecutor – has the reputation of a fierce tyrant.

Meanwhile, the accused deny any involvement. The most frequent answers to the judges' questions are “I can't remember” and “I don't know.” Thus, Otto Kaltenbrunner claims that he spent the night before Israilov's murder celebrating his wife's birthday, drinking heavily, and sleeping at home. Kaltenbrunner is known for his friendly relationship with Chechen president Kadyrov. A photograph included in the prosecution materials shows the two of them hugging in the Chechen leader's house.

Kaltenbrunner's mate accused of complicity in the crime, Yesherkayev, says he is a drug addict and cannot remember anything. His lawyer, Peter Philipp, told Osservatorio that his client spent the period of the crime under the effect of heavy drugs. He demanded, “Have you ever seen a drug addict being commissioned to commit a murder, let alone a political one?”

The third defendant, Suleiman Dadayev, is – by his own admission – an Islamic extremist that considers Kadyrov a traitor of the nation. According to him, Chechnya's only true leader is Dokka Umarov, who leads the Northern Caucasus rebels in the fight against Russia. According to observers, by these statements he would be only trying to distance himself from accusations. When Osservatorio asked his lawyer Linner about Dadaev's role in the crime, he replied that his client, because of his political views, is himself a possible target of the Chechen leadership. Thus, he could not receive the task of killing Israilov, let alone perform it.

The rapporteur of the Parliamentary Assembly of the Council of Europe on the human rights situation in the North Caucasus, Dick Marty, reported to the court as a Chechnya expert: “Democracy and human rights are alien concepts in this context. People are scared and live in constant fear for their own and their relatives' lives.” Dick Marty reported on cases of politically active Chechen refugees whose relatives were arrested, tortured, or killed by the Chechen police in order to convince them to leave Europe and go back to Chechnya. As of today, the European Court for Human Rights confirmed 160 cases of violation of the right to life as well as of international conventions prohibiting torture. After visiting Chechnya in March 2010, Marty reported that experts and human rights activists documented many cases of systematic torture by the Chechen police.

Many other international experts are planned to report in the ongoing trial for the most sensational murder of the last 20 years in Vienna. The trial was supposed to end on 26 November. However, given the many documents, witnesses and experts, the proceedings will now last at least until January. Judge Friedrich Forsthuber declared the court’s intention of inviting Ramzan Kadyrov to testify, even in video-conference should he not be able to travel to Vienna. Joachim Frank, observer from the Austrian Helsinki Group, believes that Kadyrov's participation would greatly contribute to clarifying the causes and mechanisms that led to Israilov's murder in Vienna, in broad daylight.

What is not yet known is whether the Chechen president will accept the invitation to testify at the trial.