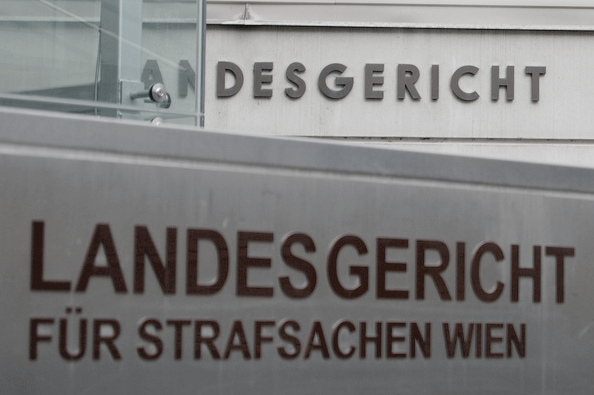 Heavy sentences for the three Chechens accused of murdering Umar Israilov, former body guard of Ramzan Kadyrov, killed in Vienna in January 2009 after denouncing the Chechen leader to the Strasbourg Court

The jury unanimously ruled guilty the three Chechens under trial for the murder of Umar Israilov, first bodyguard and then opposer of Ramzan Kadyrov. Ramzan Edilov, now known as Otto Kaltenbrunner and main perpetrator of the crime, was sentenced to life imprisonment. His accomplices – Sulejman Dadaev and Turpal-Ali Ešarkaev – will serve 20 and 16 years in prison respectively. Authorities were not able to arrest Leča Bogatyrov, allegedly the material executor of the murder, who left Austria soon after the facts and is believed to be in Chechnya and leading a para-military unit.

According to prosecutor Leopold Bien, the first to speak on the day of the verdict, Israilov was killed because he was in possession of compromising material on Kadyrov. In the early 2000s, 27-year-old Israilov was part of the Chechen guerrillas against the Russian army. Some time later, he fell into the hands of Kadyrov's men and was convinced, by means of torture and beatings, to join the Chechen leader's squads. In 2004, he managed to flee with his family and found shelter in Austria where, two years later, he obtained the status of political refugee and immediately turned to the European Court of Human Rights. Israilov stated that Kadyrov personally took part in torture and murder. Although the Chechen leader is suspected of many human rights violations, this was the first complaint to the European Court and the first time he was indicated as a direct perpetrator. This is why, according to the Austrian prosecutor, Israilov was “brought to silence forever”.

Arguments by the defence

Last March, the tribunal had asked Russian authorities for help in carrying out interrogations of some suspect accomplices in the crime. Among them figured Kadyrov himself as possible instigator, his advisor Šaa Turlaev, and alleged killer Leča Bogatyrov. Turlaev, as emerged from the investigation, arrived in Vienna just before the murder and instructed Kaltenbrunner to take Israilov back to Chechnya or, if necessary, kill him.

The request by the Austrian tribunal had remained unanswered, thus it had not been possible to accurately define Kadyrov's involvement, who in fact repeatedly denied it. In a press conference with foreign journalists, when asked to comment on the allegations, Kadyrov smiled and answered he had no idea of what rumours were being spread in “Australia”, adding: “if I had wanted to kill him, I would have done it here, quietly, and nobody would have known”.

In the meanwhile, the defence plans to appeal. Rudolf Mayer, one of the most brilliant lawyers in Austria and Kaltenbrunner's attorney, argues that the defendants could never have committed such a crime, as they are just amateurs and such an act would have been way above their capacities. According to Mayer, the very fact that they talked so long and often on the phone on the day of the murder proves their innocence: “you would need to be seriously retarded to act this way”.

Nadja Lorenz, attorney for Israilov's family, expressed her satisfaction to Osservatorio: “The prosecution plans to appeal and request life imprisonment for Dadaev and Ešarkaev as well, but this already is a fair verdict. I am glad Israilov's family found justice and an independent jury in Austria”.

Joakim Frank, representative of the Helsinki Group in Austria and observer of the trial, believes the sentence represents an important signal for instigators and executors of similar acts against political dissidents: “The tribunal has shown that nobody in Austria can just get rid of political dissidents”. In addition, according to Frank, the heavy sentences inflicted on Israilov's murderers – who were also found culprit of trying to kidnap him and hand him over to foreign authorities – show that there is a fear in the country about the Chechen government's influence and methods against dissidents spreading to the Austrian territory.