Bulgaria, freedom of the press at the time of the EU presidency 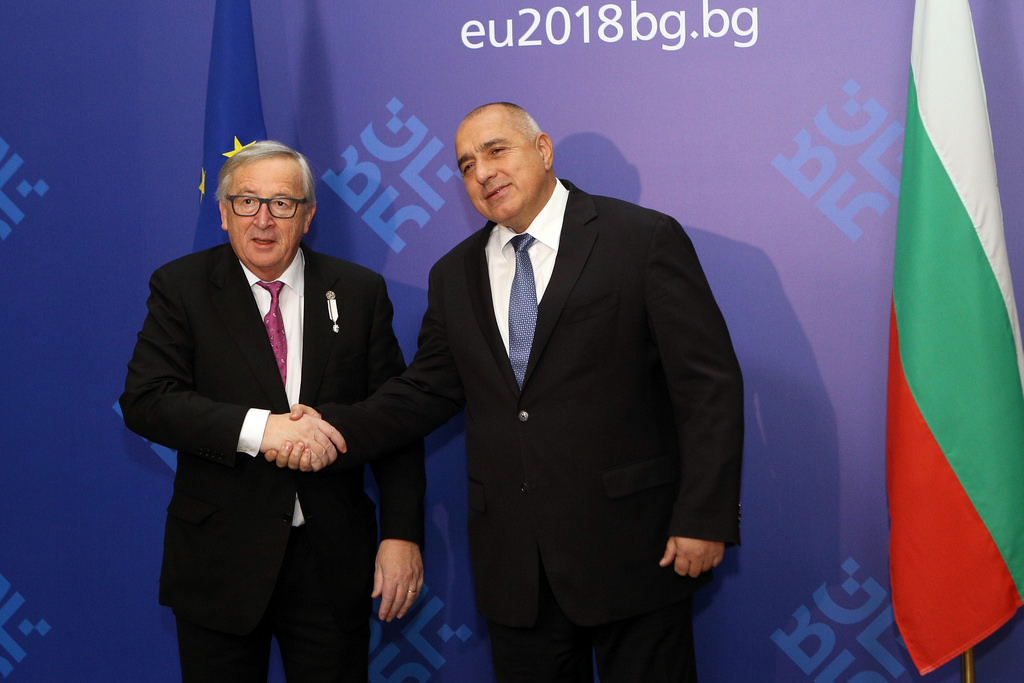 Bulgaria currently holds its first, historic presidency of the Council of Ministers of the EU: in these very same months, however, the main international observers have continued to place the country as the last in Europe for freedom of the media

On January 1st, 2018 Bulgaria took over the six-month presidency of the EU Council. For Sofia the event, which comes eleven years after the country's entry into the Union, represents an important milestone and a chance to feel like a mature member of the European family. The atmosphere of celebration, however, is overshadowed by unresolved problems related to corruption and the fight against organised crime, accompanied by criticism of the difficult situation in the field of press freedom, which in Bulgaria's "European" decade has experienced a sudden and significant deterioration. For example, in the special annual media freedom index published by Reporters Without Borders, Bulgaria collapsed from the 36th position in 2006 to the 109th in 2017 – a judgment essentially shared by other international organisations such as Freedom House .

Bulgaria in our Resource Centre

The opening of the semester saw initiatives aimed at attracting international attention to the growing obstacles encountered by Bulgarian journalists in informing public opinion freely. The one that had the greatest visibility was the publication of a "White Book" by the Union of publishers, which brings together some of the media actors most critical towards the current government. The document, presented in Sofia on January 10th, 2018, denounces the long-term, structural problems of the Bulgarian media landscape: concentration of media and distribution networks (especially in the hands of controversial politician and tycoon Delyan Peevski), lack of transparency on media ownership, and use of public funds (including EU funds) for preferential government-sponsored media financing. In its conclusions, the "White Book" calls for much more visible and direct intervention by the European institutions in terms of control, monitoring, and measures to combat the creation of monopolies, increase the level of transparency, and ensure Bulgarian journalists the minimum conditions to do their job.

A difficult climate for investigative journalism

Most reports on the state of press freedom in Bulgaria, written by both international and local organisations, have for years stressed the pervasiveness of political and economic pressure on journalists in Bulgaria, most often resulting in self-censorship. However, in recent years, there have been direct, sometimes violent cases of censorship. One of the most controversial episodes of the recent months involved investigative journalist Dilyana Gaytandhzieva, who has long covered the Middle East, for example the conflict in Syria, for several media outlets.

In December 2016, Gaytandzhieva, during a series of reports from Aleppo, brought to light the presence of large quantities of arms and munitions of Bulgarian production used by the al-Nusra militias, an organisation linked to a-Qaeda and defined as terrorist by the United Nations. In the following months, the journalist came into possession of confidential documents, allegedly leaked through an anonymous Twitter account, which revealed the involvement of Azeri company "Silk Way" in smuggling weapons from various countries of Central and Eastern Europe, Bulgaria included, towards the Middle East war theatres (a triangulation involving the United States, Turkey, Saudi Arabia, and the United Arab Emirates). The complete report on the affair was published in early July 2017 in the newspaper "Trud": a few weeks later, Gaytandzhieva was called by the Sofia security services (DANS), interested in her source of information. Two hours after the interview, Gaytandzhieva received a call from her publisher, informing her that she had been fired, without further explanation.

The pressures and threats received by journalists from small local media, which operate in isolated and unprotected realities, are of particular concern.

In November 2017 Maria Dimitrova, a reporter for the "Zov News" site in the town of Vratsa, in north-western Bulgaria, reported receiving death threats from a local criminal group – threats that also involved publisher of the newspaper Georgi Ezekiev. The intimidation came after an interview with a young man in the region, whose grandmother had been arrested a few days earlier at Zurich airport, in Switzerland, for possession and sale of cocaine. According to the version told to Dimitrova, the elderly woman had been in fact forced to turn into an international drug carrier after being circumvented by the gang members, who also took away her house. According to the report then filed by the reporter, the criminal organisation is protected by some policemen – a situation that, at the end of November, pushed the president of the Association of European Journalists, Austrian Otmar Lahodynsky, to meet the top anti-mafia investigative management to request a strong intervention in defense of the work and safety of Bulgarian journalists.

That intimidations must be taken seriously has been shown by some other serious cases of the recent past. In January 2015, in Pomorie, on the shores of the Black Sea, the owner of the site "Zad Kulisite" (Behind the scenes), known for journalistic investigations on cases of corruption and abuse of power in the seaside town, was wildly beaten in the street. The brutal attack cost Tonchev a cranial fracture, a broken nose, and two weeks in the hospital. The investigations on the Tonchev case have proven long and complex: at the moment, over three years later, a trial is being carried out against two men, believed to be the assailants by the Pomorie prosecutor's office.

The problems of information in Bulgaria are not limited to threats to journalism, but extend to the ability of the public to discern the quality and veracity of the information consumed.

This aspect has been investigated by a study on "information literacy", published by the Sofia Open Society Institute. In the special ranking produced by the study, Bulgarian citizens are almost last in Europe (30th place out of 35) for their ability to judge the quality of information and identify "fake news". For the authors of the research, the main reasons for the weakness of the "immune system" against explicitly false and manipulative news must be sought in the low quality of the education system, as well as in the perception of the media as non-independent and in widespread distrust of institutions, a real breeding ground for conspiracy theories and "alternative truths".

Bulgaria in our Resource Centre