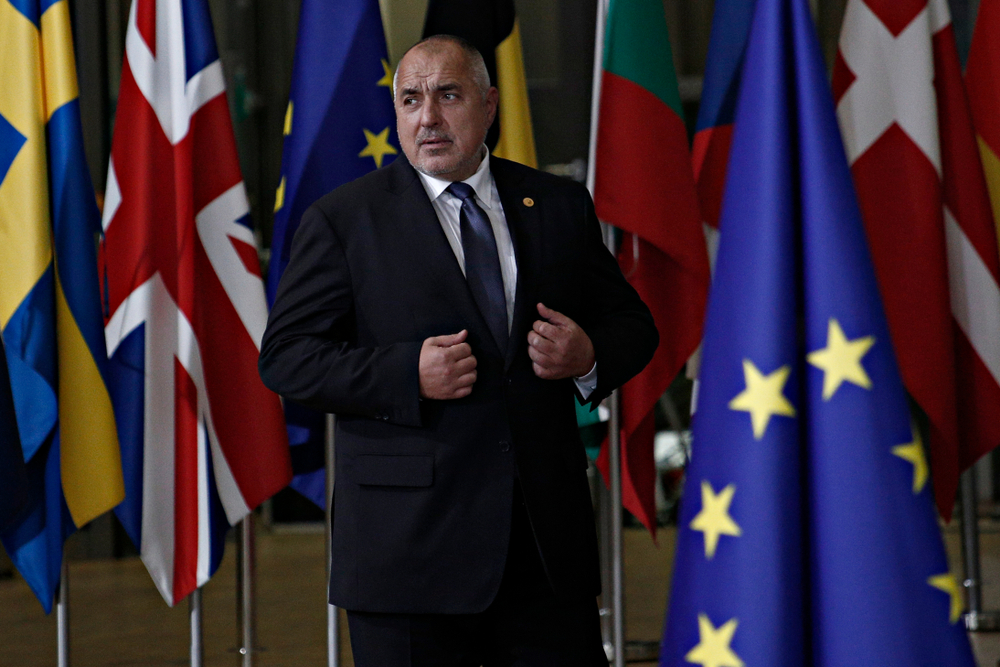 Characterized by record high level of abstention, the European elections in Bulgaria marked a new success for the prime minister Borisov, who won despite scandals and unfavorable poll predictions

It was supposed to be an exciting head-to-head to be decided on a photo finish, but once again there was no real battle: GERB (Citizens for European Development for Bulgaria), the conservative movement of prime minister Boyko Borisov, won the European elections, held on May 26th, by a large margin over the Bulgarian Socialist Party (BSP).

The results contradict many exit polls, which predicted that the European elections would be difficult for Borisov and his party after a series of corruption scandals that have shaken Bulgaria on the eve of vote. With all votes counted, GERB won 31,07% of the vote and six seats in the European Parliament, beating by more than six percentage points the socialists, who won 24,26%.

The election results, however, should be interpreted bearing in mind very strong abstention. In contrast to the rest of Europe, where the voter turnout was higher than in the previous European election five years ago, in Bulgaria the number of voters decreased, from meager 35,84% registered in 2014 to even meagerer 33,28%.

“Such a low percentage of voters is a slap in the face to the entire political system by the vast majority of Bulgarian citizens”, declared Bulgarian president Rumen Radev after the closing of the polls. “We need to ask ourselves why the turnout rate is twice lower than in most other European countries”.

GERB presented itself at this elections challenged by many difficulties. In the weeks before vote, a series of big scandals, such as so-called “Apartamentgate”, touched and destroyed some of the GERB’s key figures, including Tsvetan Tsvetanov, Borisov’s eternal squire.

Borisov reacted decisively in order to handle a complicated situation. Firstly, he put in place a “clean up your own backyard” strategy, already used successefully several times in the past, forcing the most compromised party cadres to resign. Then he took control of GERB’s electoral campaign, travelling across the country especially during the last few weeks, in order to motivate the party’s hard-core supporters to go to the polls.

Followed by a horde of cameras, Borisov inaugurated, cut ribbons, visited most of the major cities in the country. Coming under the spotlight once again proved to be a winning move for Borisov.

The results of the European elections came as a breath of fresh air for Borisov and his party, after the strom winds of recent months. GERB, the backbone of government, reinforced its position, and now the government should sail relatively smoothly, at least until the municipal elections, planned to be held next autumn.

A different mood reigns in a historical headquaters of the Bulgarian Socialist Party in Positano Street in Sofia (for the record, named after the Italian diplomat Vito Positano). The socialists were openly hoping to beat GERB: in a most optimistic scenario, the European elections were supposed to represent the first step leading to the fall of government and to early elections.

However, the socialists relied more on difficulties faced by GERB than on their own forces. In fact, they presented themselves at the elections divided, involved in the battle for power and position, with the party secretary Kornelia Ninova on one side and a current secretary of the European Socialist Party Sergey Stanishev on the other.

At the end, Stanishev, initially excluded from the list, took his revenge, winning a new seat in Brussels. Ninova, on the other hand, took upon herself a political responsability for the disappointing result, and she presented her resignation on May 28th.

As predicted, the results of the European elections reaffirmed the Movement for Rights and Freedoms (DPS) as the third political force in the country. DPS, led by Mustafa Karadayi, improved its results by a few percentage points compared to previous elections five years ago, although it lost one seat.

Now the biggest question concerns a contraversial deputy of the Bulgarian Parliament and media tycoon Deylan Peevski, who was the second candidate on DPS’s list, and therefore has a guaranteed seat in Brussels. Peevski, however, still didn’t lift the doubts and announce whether he will accept mandate as a member of the European Parliament or he will keep his seat in the national parliament.

The situation is more dynamic among the nationalists, who are united around a coalition United Patriots – part of the governing coalition – , but they presented themselves separately at the European elections. A clear winner among nationalist oriented electorate is VMRO, which collected almost all the votes and will send to Brussels not only a lead candidate Angel Dzhambaski, but also a colorful former film director Andrey Slabakov, who distinguished himself during the last years especially by his pro-smoking advocacy.

The other two movements of the nationalist coalition, ATAKA and National Front for the Salvation of Bulgaria (NFSB), collected crumbs, and this change in the balance of power will probably leave a mark. The signs of concern within the nationalist coalition, charaterized by relations that are often turbulent, are increasing. After the closing of the polls, Dzhambaski announced that he will fill a lawsuit for defamation and insulting behavior against historical leader of ATAKA Volen Siderov, who attacked him repeatedly during the election campaign.

How to analyse the results

Between a strong abstention and the almost complete absence of debate about European topics and questions, the vote of last Sunday in Bulgaria were dominated by internal political clashes. Borisov came out as a winner thanks to his undoubted abilities as scene-stealer, reinforced by a mediatic system which is very indulged towards him. If the vote of last Sunday was a referendum over the work of government, “yes” won, while the socialists scored an interlocutory and unsatisfying result.

It’s hard to tell if Bulgarian citizens forgave and forgot so quickly the scandals, the corruption and bad administration: what is certain is than for the moment they don’t seen a valid alternative in a historical opposition nor any new political movement or leader able to rival Borisov. Exiguous electoral base on which rest the results of the European elections should induce political forces in power to adopt a cautious attitude: in Bulgaria the desire for change is still palpable and it might soon coagulate around some credible project or leader.