Bulgaria, The European Elections Will Be Revelatory 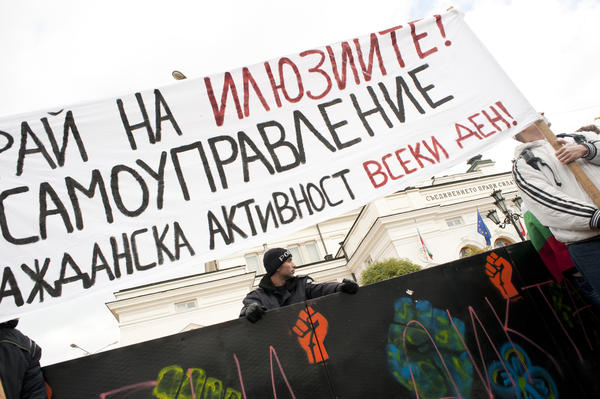 The upcoming European elections (May 25, 2014) in Bulgaria will take place in the wake of a period of significant social and political tension. For this reason, many observers believe that they will offer a meaningful referendum on the current, and controversial, center-left government

For the third time, Bulgaria is preparing to vote for the European Parliament. The first vote occurred during the “exceptional” elections of 2007, when the country, just recently become a member of the European Union, sent its first parliamentary representatives to Brussels (turnout that time was 28.6% of those who had the right to vote). Bulgaria then voted for a second time for the EU elections of 2009 (for which turnout rose to 37.5% of the population).

The upcoming May 25th elections will be extremely significant for Bulgaria, especially with the respect to the unique political moment in which they are taking place. The country has recently traversed a long period of serious political instability, which unleashed massive public protests in the winter of 2012, directed against poverty, corruption, and the oligarchic management of the economy. The protests were substantial enough to cause the government of the charismatic Boyko Borisov, and his movement, “Citizens for a European Development of Bulgaria” (GERB), to fall.

The subsequent elections, scheduled for May 2013, revealed a politically divided country. In the end, a government was out of a fragile coalition between the Bulgarian Socialist Party (BSP) and the Movement for Rights and Liberties, a political party considered to represent the Turkish minority in Bulgaria. The coalition was unstable enough to require the external support of the ultra-nationalist “Ataka” party to survive.

The number of MEPs from South East Europe

The Treaty of Lisbon permanently fixed the number of European Parliamentary Members at 750 (plus the president). This has required a redistribution of the seats assigned to each country, which affected almost every member State. A further adjustment was introduced with the official entry of Croatia into the European Union last year on July 1, 2013.

Here are the following numbers of European Parliamentary seats allocated to the European Union countries of South-East Europe (In parentheses, the number of parliamentary members elected in 2009)

And if this weren’t enough, one of the first decisions of the new executive branch, guided by the technocrat Plamen Oresharki, was to name to the head of DANS, the renewed security agency, the highly controversial MP and media tycoon Delyan Peevski (DPS). The decision catalyzed a new wave of protests, which, while unable to cause the new government to fall, nevertheless erected one wall after another and split Bulgarian society apart.

European Elections of 2014: A Litmus Test

It should therefore hardly be surprising that many analysts in Bulgaria are viewing the upcoming European elections in May as a Litmus test. Many believe the elections might indicate an eventual change in the balance of forces between the principal political parties, and they hope that it might introduce new political ideas, and define the direction in which the country will evolve.

“Given the recent and turbulent political events, it is evident that the electoral campaigns in Bulgaria for the elections to the Parliament in Brussels will concentrate above all on domestic political concerns. Themes that have to do with the future of the European Union will likely remain secondary,” said Antoniy Todorov, Professor of Political Science at the New Bulgarian University of Sofia. “A great number of citizens will cast their votes in favor or against the current government,” Todorov added, “regardless of the fact that the future of the government does not in any strict sense depend on the results.”

The beginning of the real electoral campaign is still quite a ways off. However, several elements are already visible. The opinion polls indicate a head-to-head battle between the BSP and the GERB, and appear to guarantee the DPS will have political representation in Brussels. “The Socialist leadership has openly declared that it considers it essential that the coalition parties forming the government win more than half of the 17 European seats reserved for Bulgaria,” commented Vladimir Shopov, a political analyst. “Any lesser result would be considered a repudiation of the government’s conduct. In such a case, the possibility of new elections being called would become quite concrete.”

The Battle for a Place in Brussels

Numerous minority parties, some new and some old, are seeking to carve out a political space for themselves and to rise above the 6% threshold considered the minimum threshold to aspire to at least one European Deputy.

On the left, the newest party is “Alternative for the Bulgarian Renaissance” (ABV). Considered the rebel wing of the Socialist Party, it is in conflict with the current leadership and is headed by ex-president Georgi Parvanov. On the other end of the political spectrum lies the “Reformist Block”, representing the umpteenth attempt to aggregate the various factions of the liberal right. The maverick in the competition is the movement “Bulgaria without Censorship” (BBC), a populist movement founded around the once-controversial journalist, Nikolay Barekov. BBC will attempt a well-tried tactic in Bulgaria’s political scene: to hunt for votes among the least satisfied elements of society. Still in play for one of the seats in Brussels remains the ultra-nationalistic “Ataka” party; this despite their considerable loss of esteem due to their strategic choice to act as the “external stamp of approval” for the government led by Oresharski.

“It is difficult to say which of these “minority” movements has the best hope of succeeding. Everything is still up in the air according to the polls. The Bulgarian representatives to the European Parliament could therefore turn out to be rather diverse,” asserts Professor Todorov. “The one thing that worries me, is that a substantial presence of Euro-skeptic and nationalistic elements could receive a much greater level of support in the European elections than they otherwise would in national ones.”

A possibility that, according to Vladimir Shopov, is not in fact as real as one might suppose. “I believe that after the unrealistic dreams of the first few years of European membership, the Bulgarian voters are becoming Euro-realists as opposed to Euro-skeptics. They have understood that the advantages of membership are not automatic, but require struggle and commitment in order to be enjoyed. Even a vote whose slant is supposedly nationalistic, like a vote for “Ataka,” does not bear as its main element a request for less Europe.”

A Desire for Referendums

Making the upcoming European elections of May 25 even more complex is the proposal to hold a parallel vote on three different referendums pushed by the Bulgarian President, Rosen Plevneliev.

The electoral system is the object of the possible referendum vote. In the event of a positive response by the voters, a majoritarian system will be introduced, together with a citizen’s obligation to vote and the possibility of electing one’s representatives in absentia, thanks to the electronic vote.

It is still not clear if enough signatures have been gathered, or even if the eventual referendum can be organized at the same time as the European elections of May 25. If it turns out to be possible, the parallel vote could have significant repercussions on the number of voters and (probably) the results of the European elections.

“The electoral laws have a strong potential to mobilize voters, given that reforming the system has been a top request by the protestors in recent months. If they are able to marry the referendum to the European vote, I believe that turnout could significantly increase,” Todorov stated. “Much however depends on the specific formulation of the referendum questions. If they end up being ambiguous, enthusiasm for going to vote could rapidly diminish.”

For Shopov, the referendum will happen, but almost certainly after the European vote. “The parties currently forming the government do not have any interest in a linked vote, because low turnout would be favorable to them. They will attempt as much as possible to hinder the voting procedures. Of course,” the analyst concluded, “the opposition parties who support the referendum [above all GERB and the Reform Block] could accuse the government of being afraid of the voters. They could then use the matter as a playing card in the campaign for the European elections. However, I doubt that such a move would be able to significantly affect the balance of the race.”