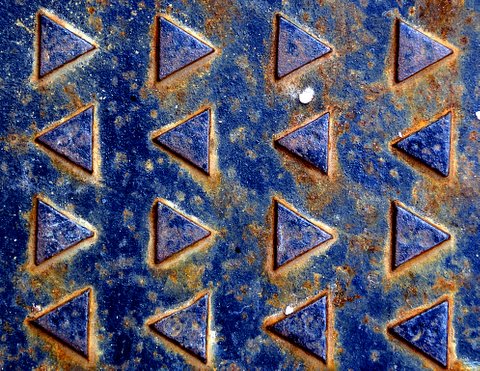 Dysfunctional politics, institutional crisis, banking fever. This is the image of Bulgaria after last May's European vote. Our report

The elections for the European Parliament of last May 25th marked a turning point in Bulgaria's political scene: the drubbing remedied by the Bulgarian Socialist Party (BSP) ended any hope for the executive led by economist Plamen Oresharski since spring 2013, handing the country to a delicate transition phase, fraught with risks.

Over the complex period which began with the government crisis, Bulgaria found itself at the centre of multiple tensions which have tested the country's resilience. Suddenly we saw the worst banking crisis in recent years after the dramatic one that shocked Bulgaria in the winter of 1996-97. A crisis unleashed by the furious, still muddy clash between oligarchs.

And as if the political crisis and financial uncertainty were not enough, Sofia was involved in the clash between Russia and European Union on the building of the South Stream pipeline , which is planned to transit through the Bulgarian territory, and saw once again the European funds blocked – this time, those targeting agriculture – as a result of the now chronic lack of transparency in the management of funds.

The results of the 2014 European elections

Citizens for the European Development of Bulgaria (GERB) – 30.40%

From European to early elections

Despite the polls that had long predicted a tie, the ballots of the European consultations revealed a heavy setback for the Socialist government, outclassed by former Prime Minister Boyko Borisov and his GERB (Citizens for the European Development of Bulgaria), the main opposition force [see box].

Final data in hand, the Movement for Rights and Freedoms (DPS) – expression of Bulgaria's Turkish minority and junior partner of the government – decided to pull the plug on what, in little more than a year of life, proved to be one of the most contested governments in Bulgaria's recent democratic history. "The election results make it impossible to get to the end of the mandate. This is not the way to stability", was the cryptic epitaph for the government pronounced by DPS leader Lyutvi Mestan in early June.

However, dispatching the Oresharski government has proved a challenge too. Some clarity only came after June 17th, when the political leaders, brought together by President Rosen Plevneliev in the Consultative Council for National Security, reached an overall agreement for early parliamentary elections in the fall (further negotiations resulted in October 5th as the final date). Oresharski is now expected to resign between July 23rd and 25th, while the parliament is expected to officially dissolve on August 6th. A transitional government appointed by Plevneliev will be guiding the country to the early vote.

It is difficult today to predict the composition of the next parliament in Sofia. The latest polls predict a large victory of GERB over the socialists, who now need to recoup in view of the elections.

What is certain is that the extraordinary BSP congress scheduled for July 27th will designate a new leader. Sergey Stanishev, who led the Socialists in the last thirteen years, announced he would not run, preferring instead to accept the Brussels seat conquered in the European elections.

While all eyes were on the laborious political developments, the banking system was brought into fibrillation by the dispute between the two emblematic figures of Bulgaria's media-political-financial oligarchy.

The clash - no holds barred – involves banker Tsvetan Vasilev, majority shareholder of the "Corporate Commercial Bank" (KTB) and his former ally Delyan Peevski, DPS MP and media tycoon, who rose to international headlines when his (abortive) nomination to head the security services generated endless protests against the Oresharski government.

While the former allies accuse each other of every wickedness, including attempted murder, on June 19th Vasilev's KTB, the fourth Bulgarian bank in order of magnitude, denouncing a "media attack" sparked by Peevski's media. At the end of June, despite repeated assurances on the stability of the institution, the KTB was shut down and brought under control by the Bulgarian National Bank (BNB).

In early July, the KTB was declared insolvent and its license to operate withdrawn. An audit by the BNB uncovered the lack of documents relating to loans for 3.5 billion leva (almost 2 billion Euros) and the mysterious disappearance of 200 million Euros in cash, which is now under investigation.

On June 27th, a week earlier, it was the "First Investment Bank", the third Bulgarian bank, to tremble. A smear campaign, made of texts, e-mails and "fake" queues in the branches caused a wave of panic among depositors, who withdrew in one day about 800 million leva (400 million Euros). Only the decisive intervention by Bulgarian and European authorities managed to calm the waters and end the emergency.

According to journalistic reconstructions, the crisis of KTB was caused by Peevski's decision to withdraw the funds he controlled, while the crisis of the "First Investment Bank" was caused by Vasilev's attempt at retaliation against the bank Peevski transferred his funds to.

The institutional crisis and the banking fever have confirmed what everyone already knew: the Bulgarian political system remains dysfunctional and hostage to corruption, conflict of interest, and little or no transparency in business.

This situation is not challenged by the ongoing emergence of new political forces of populist orientation (the latest being the movement "Bulgaria without censorship", led by former journalist Nikolay Barekov), which rather end up consolidating the system – whether intentionally or not is a matter of debate – by collecting and defusing discontent.

The protest movements that over the last year and a half have challenged the government – of Borisov first and Oresharski then – have not been able to bring new energy and formulate new, convincing political proposals. At the next elections, Bulgaria is at serious risk of replicating a film already seen.