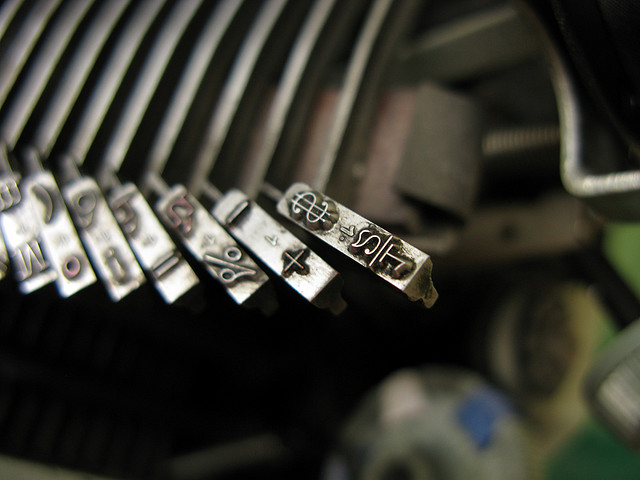 As a litmus test, the recent election campaign in Bulgaria brought to light the problematic relationship between media and power in the country. The Bulgarian information system shows serious and structural problems: lack of transparency on properties, centralisation of newspapers, economic and political pressure on journalists. In recent years the situation has been getting worse

‘I was honestly appalled by the level of corruption I witnessed in Bulgarian media during the electoral campaign’. So James Pardew, former US Ambassador to Sofia (and great expert on the Balkans) told the daily Dnevnik right after the recent presidential and administrative consultations in Bulgaria. His words go straight to the heart of a deeply-rooted problem.

According to measurements of International organizations such as Reporters Without Borders and Freedom House, and also to perceptions of many Bulgarian reporters, in the past few years Bulgaria has seen a steady and rapid decline in the level of freedom of the media. Politics and business interfere more and more in the work of editorial offices, while the economic crisis further reduces possibilities and room for news and critical judgment. Result: declining media quality and a lower capability of providing citizens with unbiased information.

As a litmus test, the recent election campaign has highlighted structural problems that have, by now, grown deep roots. What is worse, though, is that the situation seems to be getting more and more complicated. In today’s Bulgaria, writing freely is a difficult and often dangerous exercise.

Elections. In other words, information for sale

In Bulgaria, “commanded information” sold off as genuine is a long-standing phenomenon. With the crisis and the contraction of the advertizing market, which has put many newspapers with their backs against the wall, the number of articles for charge (but not shown as such) seems to be increasing. During the campaign, the excitement of the “information market” was at fever pitch. The product to try and sell: candidates and political programs.

‘I have had news from a reliable source of a daily that offered actual “packages” of “friendly” reports, controlled interviews and articles. Prices go from 3.000 to 60.000 Levs (€ 1.500-30.000) depending on the economic standing of the candidates but also on the office they are running for. A 20% discount was being offered for those who paid cash. Of course, all materials for sale were to be clearly recognizable. This, though, did not occur’. So OBC is told by Nadya Pankova, a Bulgarian reporter who dealt with this thorny issue. For sure it is not an isolated case.

According to Professor Orlin Spasov, coordinator of the foundation “Mediyna Demokratsya” (Media Democracy), ‘the whole campaign can be interpreted as an actual marketing operation, however without people knowing it’. Other problems reported by the foundation: scarce pluralism and media omnipresence of Prime Minister Boyko Borisov and “his” presidential candidate, Rosen Plevneliev, who then won.

The unclear role played by the media was also pointed out by official documents to which, though, very few people paid due attention. It is enough to peruse the “Single Register of the Election Codes”, published by the Sofia Court of Auditors, to discover that tens of tv channels, radio stations, press agencies and dailies declared to have stipulated contracts for the promotion of public relations of the parties and their candidates during the campaign.

In the administrative elections, the group “Bulgaria”, for instance, publisher of two of the most sold dailies, “Trud” and “24Chasa”, was registered as “PR” of the leading party GERB. And it was “Trud” to be at the center of one of the most spectacular incidents of the campaign: the 19th of October release, already being distributed with an ironic title on the government, was immediately withdrawn. In its place, the rotary machines quickly printed a new version of the newspaper, this time aligned with the positions of GERB.

The same election code contributed to the low transparency of the campaign media coverage. The rules of the campaign paradoxically forbid public tv and radio (BNT and BNR) to organize free political debates. ‘If you do not pay, you have no right to speak’ is the unusual principle applied by the legislator to public service.

‘Politics in full contrast with the principles regulating public media’, Kristina Hristova told OBC. She is the President of the Bulgarian section of the Association of European Journalists (AEJ) and very much active in defending spaces for freedom of information. ‘Pretending money from candidates so they can take part in the debates when public broadcasters are paid with citizens’ money is a true offence to democracy’.

In a recent interview on Radio K2, Prime Minister Borisov rejected accusations to politics and bounced the ball back to the field of the media. ‘I think it is the reporters themselves who should fight for clear rules on the media market. It is not the Government, but the owners of the newspapers who violate the freedom of the press’.

In answering some questions by OBC during a recent press conference at the Ministry for Foreign Affairs in Sofia, the newly-elected President Plevneliev seemed more cautious on the subject. ‘I think it is important to keep alive the debate on the media within the political scene, and I am committed for this to be’, he declared. The President ensured full transparency in appointing the members of the Presidential shares at the Council for Electronic Media, the single supervising body for radio and television.

The problems in the sector, though, are structural and deep. Reporters in Bulgaria are an endangered category. Even if intimidations such as the one against tv reporter Sasho Dikov - known for his anti-government positions and whose car was blown up on October 14th- occur more and more rarely, cases of direct or indirect pressure are still widespread.

In a recent survey conducted by the AEJ on the problems faced by reporters in Bulgaria, only 12 out of the 113 professionals who answered the questions had the courage to sign the questionnaire. The general vote on freedom of speech that comes out of the survey is “scarce”, while the answers pointed out not only political but also economic pressures.

Bulgarian reporters are today living a period of great frailty, as far as salaries go: since the beginning of the crisis, many newspapers have shut down or have been reorganized with a consequent loss of jobs. Salaries have been considerably reduced, also because there is no collective employment contract. Resisting external pressures is nowadays more difficult.

If we talk about the press, though, certainly today the first enemy of pluralism in Bulgaria is the centralization of newspapers controlled by the few centers of power. The most glaring case is that of the “New Bulgarian Media Group” led by Irena Krasteva, former director of the Bulgarian gambling agency.

In the past few years, the group has expanded steadily: today, it controls the daily “Telegraf” (the most sold in the Country), “Monitor” and “Ekspress”, the weekly “Weekend” and “Politika”, various local papers and some cable channels such as “TV 7”, “BBT TV” and “Super 7”. According to some news of the past few weeks, apparently the daily “Standart” is close to being absorbed in the group, considering the financial difficulties of the present owner.

Krasteva’s group’s relations both with the political and the financial worlds are not transparent. Indeed, behind the conglomerate there seems to be the shadow of the Corporate Commercial Bank, whose majority shareholder, Tsvetan Vasilev, is said by everyone to be the “true” owner of the “New Bulgarian Media Group”. According to the Bulgarian press, hundreds of millions of Levs have been deposited in the bank by public companies or state-controlled companies, especially the “heavy” ones in the energy sector.

Through the Minister for Economy, Traycho Traykov, the government has stated that it has entrusted the funds to the bank following all due procedures. The high reluctance and the contrasting news on the figures at hand, however, do not help clarity. Relations between the Management of the bank and the government certainly seem optimum. At the beginning of December, Vasilev won the “Mister Economy 2011” award, in the midst of heated controversy on the voting procedures. This did not impede the Minister for Internal Affairs, Tzvetan Tzvetaonov, to personally hand the award to the businessman.

Vasilev denies having direct interests in the “New Bulgarian Media Group”. ‘I did not invest in Krasteva’s media. It is true, though, that they are “friendly” with me and support my positions’, the banker stated seraphically to the daily “24Chasa”.

To make the situation even more tangled, Krasteva’s son, Delyan Peevski, is in the Parliament in the ranks of the Movement for Rights and Freedoms, which mostly represent the interests of the Turkish minority in Bulgaria. A party that, in the rhetoric of reciprocal accusations, is the nemesis of the leading party GERB. This does not, however, prevent the newspapers of “New Bulgarian Media Group” to take up the cudgels for Borisov’s government.

The general feeling is that, underpinning the “media cartel” is, thus, a “political cartel”, whose interests and range of power are established by agreements behind the scenes. In this picture, it is easy to understand the strong interest in having a controlled media system that is not very keen on digging deep.

Uncomforatble questions? No, thank you.

Furthermore, in Bulgaria there is no type of state subsidy for the press. There is, though, a widespread practice of “indirect funding”, done through the advertisements that government agencies commission the daily newspapers, including the many communications coming from the European Union bodies.

According to a detailed report published by the project “Media and Democracy in Central and Eastern Europe” (funded by the European Research Council), the choice of the media to which entrust government advertizing, or anyway public advertizing, is neither random nor free. Those who want access to this funding, often vital in terms of survival on the market, is “invited” or self-invited to keep a soft position with the power.

It is difficult to expect uncomfortable questions, when your own survival depends on the interests (and the wallet) of your interlocutor.