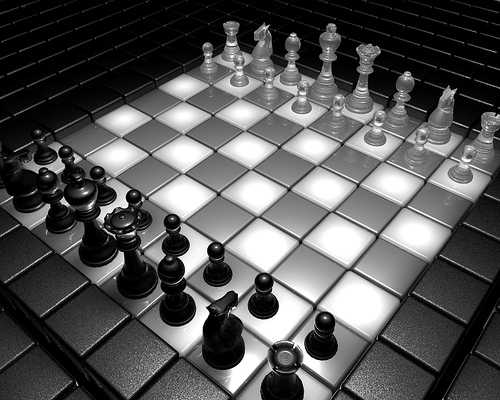 An interview with Senad Pećanin, director of the news weekly Dani, about the ongoing clash between High Representative Inzko and the institutions of Republika Srpska, the position of the international community, and the future of the country

These days we are witnessing a new clash between the international community and the authorities in Republika Srpska. According to some observers, the last crisis ended with a strengthened position for Prime Minister Dodik and defeat for High Representative Lajčák. Is his successor Inzko in a different position?

Yes, in the sense that the position of one of the major actors determining the policy of the international community towards Bosnia and Herzegovina has changed. The Obama administration has a much different approach compared to its predecessor. In the Bush years, especially in his second term, Bosnia could not count on any support from the United States. Now things have changed, even though the process is still underway and the Americans have not yet defined clearly their position. The major problem, nevertheless, is that there is a conflict between the approach of the Obama administration and that of Europe.

The Europeans do not support Inzko?

Within the EU there is strong resistance to a stronger involvement in Bosnia. There is insistence by some countries such as France to rapidly close the Office of the High Representative (OHR).

This is also the Russian position...

Yes, for a long time now. There is no doubt concerning the stance of Moscow. These positions will be reinforced during the upcoming Swedish presidency of the EU. For Foreign Minister Carl Bilt, one of the major priorities of his mandate will be the closure of the OHR.

What would be the consequences of closing the OHR?

I think it would open a very risky phase for the stability and the unity of BiH.

Over the last two years, the politics of the leader of the Bosnian Serbs, Milorad Dodik, has been questioning ever more directly the existence of the country, talking openly of a referendum and a secession of the Republika Srpska (RS). There has not been a clear response to this issue from the international institutions and this idea has been increasingly gaining legitimacy.

Up to now, however, the actions of the international community, through the use of the so-called Bonn powers which allow the OHR to impose legislation and revoke officials, do not seem to have produced clear results...

We can agree on the fact that the use of the Bonn powers is not the best instrument for preserving the stability of the country and intensifying integration with the EU and NATO. However, I think that the very existence of those powers is the major obstacle for much more radical challenges to the sovereignty of BiH and the Dayton Accords.

If you were Inzko, how would you react?

The problem is the unclear position of the international community. The US administration was seriously considering the possibility of appointing a special representative for the Balkans, but there was enormous resistance from the EU. I could understand this position if the Europeans had a clear common position on Bosnia, but they don't. If they remain firm on the position of closing the OHR, we will enter a period of great instability. There would be a situation of a blockade by state institutions and, in reality, a dissolution of the state from an institutional point of view. Subsequently, different scenarios would become possible, including a situation of open conflict.

And yet Solana recently announced the possibility of ending the military mission, EUFOR...

Without the OHR and EUFOR, there would be serious difficulties for the stability of the country.

Look, I share the position expressed yesterday Wednesday, editor's note by representatives of the Social Democratic Party, according to whom the mission of the OHR should continue at least until the end of the process for changing the Bosnian constitution. The conditions set by the international community for the closing of the OHR the so-called five objectives and two conditions, editor's note, are only cosmetics without a serious process of revision of the constitution. The country cannot function with the current constitution. This is confirmed by resolutions of the European Parliament, the Venetian Commission, Council of Europe and the US Congress. The present voting model in Parliament blocks almost any possibility for effective and functional operation.

What do you think of the so-called Prud process, the attempt to produce reform via the accord between the three parties, SDA (Bosniak), HDZ (Bosnian Croat), and SNSD ( Bosnian Serb)?

Nothing good. The three major actors, Tihić, Dodik and Čović, had personal reasons and goals for being part of that process; there is not as real an intention for reform. To Dodik in particular, that accord served to show the international community that Bosnian leaders could work out a consensus among themselves without the necessary presence of the OHR. His primary goal in this period is the closing of the OHR. There is no doubt about this. Tihić took part in the process in order to position himself as the only representative of the Bosniaks and to disqualify his major opponent Haris Silajdžić. Now, however, it seems he opted out.

How can the constitutional reform be produced then?

It would be difficult to change the constitution without the full involvement of the international community.

The initiative of the new US administration for a stronger involvement in the Balkans is good news then?

Absolutely yes. The problem is the divisions at the core of the international community and the strong support for the position of RS's Prime Minister Dodik by Russia and some important EU members.

France, Sweden, Spain, and Greece, while I think that the United Kingdom will, by and large, keep the same position as the US. This is Solana's position.

A few days ago, William Montgomery, former US ambassador to several countries in the region, pointed out, in an op-ed in The New York Times (The Balkan Mess Redux), to the inevitability of Kosovo being divided along Ibar and RS becoming independent, arguing that: "We keep expecting the people in the Balkans to think and react as we do: It is not going to happen." What is your comment?

That article stirred a lot of debate here in Bosnia, and in the region. I think that Montgomery has given excellent proof of racist views on the Balkans. Though, I have to say that, in some way, by basing his analysis on the Serb politics in Bosnia and Herzegovina in the past two years, he draws the correct conclusion that the direction in which we are headed is that of disintegration of the country. But the problem now seems not so much the fact that we are going in this direction as much that someone has realized that that is the final outcome of the present course.

Why should Bosnia and Herzegovina stay united?

First of all, I think that the division of the country would be unjust. It would represent a reward for ethnic cleansing and genocide. There are, nevertheless, two other problems. The division would not happen in a peaceful manner; that would be absolutely impossible. It is something which could not be done without a new war. The part of BiH with a majority Croat population would want to have the same rights as the Serbs, that is, to also secede and eventually join Croatia. Finally, a sort of European Gaza would be created for the Bosnian Muslims. This would be a clear message for radical Muslims; a confirmation for those who say that the international community, for three and a half years, did nothing to stop the war, the mass killings and the deportations of hundreds of thousands of people because, in reality, it was all a big conspiracy of Christians against Muslims.

The final result would then be the creation of an Islamic Republic?

Yes, a radical one. The worst scenario for the Bosniaks: a radical Islamic state led by the clerics.

One of the major problems that Bosnian society is facing, and which is always present in the media, is war crimes. It seems there is a growing public awareness that most of the crimes will remain unpunished. This is no longer considered a scandal but a simple fact. Is this true?

The scope and the number of crimes committed during the war are enormous. Even a country which is economically and politically better organized would have difficulty facing such a problem, let alone Bosnia, which has institutional problems and problems pertaining to stability, financial difficulties and lack of political will.

Are there are other ways to deal with the problem outside of those offered by the judiciary and the traditional courts such as truth and reconciliation commissions, for example?

It all depends on politics. As long as politicians support people who are accused or sentenced for war crimes and present them as national heroes, there will not be a solution. This is not an issue which only concerns Serbs. When, for example, Naser Orić returned to Bosnia after having served the sentence passed by the ICTY, he was received at the Presidency by Sulejman Tihić. Croat leaders are doing the same thing, praising people who are being investigated or found guilty by the ICTY. The role of the churches - the Orthodox, Catholic, and the Islamic communities - is the worst of all. They are the major obstacles to reconciliation. They spread nationalism and celebrate war crimes.

Then you do not see other possibilities except traditional courts?

If nationalists were not in power there could be different processes, reconciliation or truth and justice commissions, but only with different politicians who would send different messages to the people. I remember for example the importance of the message back then of the President of RS, Dragan Čavić, concerning Srebrenica...

Are you referring to the statement made after the publication of the report by the Commission of the RS in 2004?

Yes. That was a very brave statement; a gesture of a responsible politician. If there were more statements of this type, also on the parts of the Bosniaks and Croatians, this would completely transform the atmosphere in the country. People look up to their leaders, and when the leaders support war criminals, societies cannot be expected to deal with the past.

What was the effect on the public opinion in Bosnia of the images of Mladić, shown recently on TV in the Federation?

Viewers took them as evidence that Serbia has had thousands of chances to arrest Mladić, but instead it simply continues to protect him. Unfortunately, Serbia's position vis-à-vis Bosnia did not change as much, as for example that of Croatia after the death of Tuđman.

Eh eh. Džeko is a real Bosnian hero and an idol for many generations. He grew up in Sarajevo during the war and played football in between bombings. When he was in Željezničar there were those who criticized him, but now he has really made it. It would be fantastic if he goes to Milan.

Could he be the player who takes the Bosnian national team to South Africa?

That would be wonderful. There are also other excellent players such as Misimović...You see, for us any type of success would be very important. If I think about the years since the end of the war, there have been only four moments of real happiness, when I was really proud of being Bosnian.

In '97 when our national basketball team beat Croatia in the qualifications for the European championship; when Denis Tanović won the Oscar; when we again beat Croatia in basket on their soil, and finally, when Jasmila Žbanić won the Golden Bear in Berlin. Four times, in 14 years...