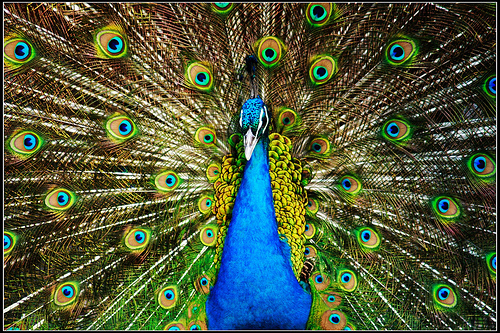 In the open crisis in Bosnia and Herzegovina, the international community must avoid the trap of a head-on collision, bringing the European integration process back to the forefront of the political debate. In a Bosnia with no High Representative

On April 13th, the Parliament of the Republika Srpska (RS) decided to hold a referendum to put to the test the work of the High Representative, of the State Court and of the State Prosecutor’s Office. The referendum query the residents of the Serbian-majority Bosnian entity are to vote is: “Do you support laws imposed by the High Representative and the international community, in particular those on Bosnia and Herzegovina’s State Court and Prosecutor’s Office, and the assessment of their unconstitutionality in the BiH Parliamentary Assembly?”

The decision was taken by large majority (66 votes in favor, 10 votes against), and published on the RS Official Journal 14 days later, on April 26th. The vote is scheduled for the first half of June.

The referendum proposed by the RS represents an abrupt acceleration in the open crisis in Bosnia and Herzegovina. The acceleration was imprinted by Milorad Dodik, the President of the RS, and his party (SNSD), and is primarily directed against the State judicial institutions. There is, however, a lot more at stake. The redefining of the delicate balance between central power and power of the entities, the role of the international community in the country and, according to some, the actual survival of Bosnia and Herzegovina as a sovereign State.

In Bosnia, the word referendum echoes sinister in light of the Country’s recent past. According to Nenad Stojanović, a researcher at Aarau’s Center for Democracy and a professor at the University of Lausanne, “direct democracy can bring about advantages to social cohesion in Bosnia, where citizens are moving farther and farther away from politics. Unfortunately, in Bosnia direct democracy is a synonym for unilateral referenda. These referenda do not come from the grassroots but from above, from political leaders that call them only because they know in advance what the result will be. This means manipulating citizens and Dodik is an emblematic example of this.”

According to the most pessimistic observers, and notwithstanding the reassurances from Dodik and the Serbian President Tadić, following a recent meeting in Karadjordjevo, on the table is the dummy run for something far bigger: the referendum – many times spoken of – on the RS secession from Bosnia and Herzegovina.

Various jurists have tackled and debated the meaning that the present referendum could have. Many agree insofar as that the vote would have no legal value, since the issue falls under the State’s competencies and not that of the entities. Indeed, the setting up of the Court was ratified by the State Parliament, with the support – at the time - of the Serbian Representatives. All the while, however, many underline that the referendum could have important practical consequences, especially if the Serbian judges and prosecutors left their seats in the common institutions. Meddžida Kreso , the President of the Court, has declared that the consequences of the referendum would be devastating and that it would influence “as with a domino effect […] other institutions”.

The European Union has promptly reacted to the open crisis. On April 14th the High Representative for Foreign Affairs and Security Policy, Catherine Ashton, declared that “the Decision by the RS National Assembly has been a step in the wrong direction” and that “the European Union supports the work of the State Court and of the State Prosecutor’s Office of Bosnia and Herzegovina”.

The Federation of Bosnia/Herzegovina

In an emergency meeting on April 27th, the Parliament of the Federation of Bosnia and Herzegovina - the other entity - passed a resolution that re-states the will to stay the Euro-Atlantic course of integration, strengthen the rule of law and support a centralized and functional judicial system.

The parliamentary secession was, however, deserted by the Croatian Representatives of HDZ and HDZ 1990, the two major Bosnian-Croat parties. Only a few days before (April 19th) in Mostar, the two parties – together with other minor parties – had declared the setting up of a “Croat National Assembly”, a sort of inter-municipal government that should unite the Croat-majority areas with “coordination” tasks. The operation brings to mind the one that was attempted in 2001 by Ante Jelavić who, according to the then international observers, was aimed at creating a third entity in Bosnia and Herzegovina. Jelavic was removed from his position by former High Representative Petritsch on the grounds of “violations of the Constitution”. Ten years later, here we go again.

The referendum proposed by the RS could have been blocked by the entity’s House of Peoples, made up by Representatives from all the 3 constituent peoples. The Bosniaks, however, despite being against the decision, did not use their veto right. It is now an unfortunate common rule, in Bosnia and Herzegovina, to wait for problems to be solved by a deus ex machina, the High Representative of the international community, currently the Austrian Valentin Inzko.

Inzko has declared that he cannot ignore the referendum, as “it is a direct attack on the Dayton Peace Agreement, the Constitution and the institutions of Bosnia”. More explicitly, the column in British daily The Guardian (April 28th) reads that the High Representative is to “act to halt a referendum” and that “Bosnia is facing its worst crisis since the end of the war”.

According to a source in the OHR, who has preferred to remain anonymous, the atmosphere within the organization was more relaxed after the meeting of the Peace Implementation Council (PIC, the intergovernmental conference on which the OHR depends) last Friday (April 29th). Overcoming the usual divisions, all the Ambassadors present – apart from the Russian one – apparently showed solidarity with Inzko’s position and willingness to adopt measures against the RS’ decision.

Monday, the press agency FoNet did in fact state that Inzko will turn to his executive powers to annul the referendum. The same agency stated that “according to diplomatic sources in Sarajevo, the High Representative also intends to ‘sanction’ some politicians, including the RS President Milorad Dodik and the spokesman for the RS Parliament, Igor Radojičić”.

Wednesday evening, Valentin Inzko and Milorad Dodik met, but their meeting did not produce any results, as Inzko himself stated to reporters.

Yesterday the High Representative had a commentary published on the local press reminding that “according to the Constitution, no entity can interfere with a State Institution” and that “RS politicians know this, and they should know that undermining the Peace Agreement is a dangerous political adventure – one which can have unforeseen consequences”. The same concept was reaffirmed yesterday in Sarajevo after a new meeting of the PIC. At the end of the meeting, though, no concrete measures were announced.

Inzko’s position was summarized in a recent interview (Euractiv.com, May 3rd). Inzko stated that “There are two possibilities. Either the Serb Republic does it (annuls the vote) or the international community will”.

There is a third possibility: to let the referendum be held. The Bonn powers will not solve the situation. Indeed, they can make it worse. The referendum vote cannot but have a consultative value. Its practical consequences will be assessed after it is held. The voice of part of the Country cannot go unheard in the Bosnian political debate. But Dayton’s constitutional set up cannot be changed with only one party’s will. Dodik, Čović or Lagumdžija know this. There are no alternatives to a shared path of reforms. The most important thing in this phase, though, is to avoid the trap of a head-on collision. It would be very dangerous if the crisis spiraled further. Moreover, in an open conflict with the RS today, the international community would only lose out given the current circumstances.

In general, interventions from the High Representative in internal political issues seem to be counterproductive, both as far as solving concrete problems and strengthening local institutions are concerned. It is time for the OHR to pass the baton. Until Bosnian politicians are not totally responsible in front of their voters, rhetoric will prevail and it will be difficult for the Country to make progress in the main objective of its foreign policy: entering the European Union. The integration process implies the strengthening of State institutions. A dysfunctional State cannot enter Europe. Local politicians, starting with Dodik, are well aware of this. It is for this that the European chimera, unanimously cried for, is also feared. The risk is that of losing advantage positions. It is for this reason that the political debate keeps being redirected on other issues, on the eternal conflict between Dodik and the High Representative.

On the path to Europe, which must be supported by a strengthened delegation of the European Commission in Bosnia and Herzegovina, there cannot be other actors apart from the local ones. Otherwise, the Dayton crisis can last a long time.