The missed record of Bosnia Herzegovina 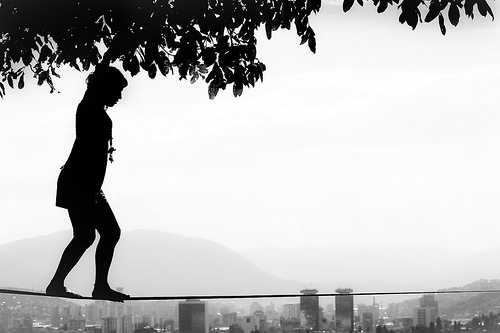 Side notes to the agreement that allowed for the formation of a new government in Bosnia. The role of the High Representative, the position of the social-democratic party and the true dividing lines crossing Bosnian society

The citizens of Bosnia Herzegovina can, for once, be happy for not having broken a negative record: the longest time during which a Country remained without a government following elections. This time, Belgium’s record will not be undermined. With the appointment of Vjekoslav Bevanda as Prime Minister, the long institutional paralysis that was corroding political powers and wearing out Bosnian citizens comes to an end.

The path that led to Bevanda’s appointment, however, was marked by a desolating series of failures and mistakes, as the one by the High Representative of the International Community in Bosnia: in March 2011, he barged in on the diatribe between the SDA [Party of Democratic Action] and the SDP [Social Democratic Party] on the one hand and the HDZ 1990 and HDZ BIH [the Croatian Democratic Union 1990 and of the BiH] on the other, imposing a very controversial decision that added fuel to the fire of the political dispute, thus driving the chances for an agreement further and further away.

Following a summer marked by some failed attempts, discouragement had gotten a hold of public opinion: on the occasion of yet another round of negotiations by the Bosnian political leaders held in a luxurious villa in Cadenabbio, Como, and set up by a Non-Governmental Organization in search of glory, Bosnian portals had not hesitated to announce the failure of the meeting before it had even started! A failure that, of course, occurred, but was preceded by a memorable party, where the Bosnian political leaders, irrespective of ethnicities, happily celebrated, then taking up their extremist positions again the following day, when they found themselves under the press’ spotlights again.

The International Community’s step back

After such a series of failures, the agreement reached last December takes on an even greater importance. Evidently, the political parties realized that the crisis was quickly eroding their approval ratings and that budget deadlines did not allow them further room for maneuver. Rumors from different sides were leading to hope for early elections. A possibility, however, that is not contemplated by the Bosnian constitution and would have, therefore, needed the intervention by the High Representative.

An intervention, though, that did not take place, and this is for sure the most encouraging message from the conclusion of the crisis: Bosnians must be able to create the atmosphere needed to reach consensus amongst them, without any help from the outside and without any strings being pulled on either side to start the political engine again.

Apart from Inzko, the European Union Special Representative Sørensen also abstained from entering the cauldron of Bosnian politics, letting events run their course and the link between voters and the voted be re-built little by little. This, after years of an international semi-administration that created a decision-making dependence syndrome in Bosnian politicians. We will see what happens now, but signs are encouraging.

A matter of chairs… and principles

To tell the truth, as it came out little by little, the reasons for Bosnian politicians quarrelling no longer regarded crucial strategic matters, such as the Country’s path to Euro-Atlantic integration. It is much simpler than that: the quarrelling regarded the distribution of seats and chairs according to the ethnic proportional representation that marks all agreements for power sharing in Bosnia Herzegovina.

Underpinning this quarrelling, a fundamental question of ethnic representation: who can consider themselves a legitimate representative of their people? They who simply belong to such people, or they who also represent the voters of such people?

Komšić, Croat member of the presidency, is considered an illegitimate representative of the Bosnian Croats by the HDZ members, as his election was made possible by the SDP voters, mainly Bosniaks. The long controversy between HDZ and SDP has been focused on who has the right to represent the Croats of Bosnia, in lower number compared to the other constitutive peoples. Hence, the question raised by the HDZ: can a people consider itself adequately represented if its institutional representative is elected by voters of another people? In this sense, the main Croat parties claim that the multi-ethnicity of the SDP is a device for the principle so dear to Silajdžić of “one man, one vote” to prevail and for the Croats of Bosnia, and especially of Herzegovina, to be relegated to a subordinate position, electorally dominated by the Bosniaks.

The disagreements in the past few months were, indeed, on these subjects, as the HDZ heatedly disputed that the SDP could appoint its representatives to positions that belonged to the “Croat” share. Whether we like it or not, this is the procedure that has developed until now. Trying to change it without all the parties reaching an agreement is like filling up with gasoline a car that runs on diesel: the car will not start, leaving you stranded.

The dilemmas of the SDP

The SDP is actually the party that less appeals to ethnic identity and is more than any other inspired by a secular vision of society, directly drawing on the Yugoslav Socialist tradition and proposing itself as a leader in the fight against all modern forms of Fascism. This is not enough, though, to win votes in today’s Bosnia. The lines of fracture in Bosnian society are only apparently ethnic.

Nowadays, Bosnian society is still divided by the 1992 conflict: the focus is mainly which sides were taken during the war. This is the reason why Komšić, a Croat from Sarajevo and a decorated combatant of the Armija of the Republic of Bosnia Herzegovina, has no popular support in the areas of Herzegovina that are Croat by majority, where the Bosnian Croat Army (HVO) had fought against the Armija. The same goes for the SDP’s Serbs, who are, for the greater part, Serbs who decided to remain loyal to the Sarajevo government and to not unite with the Pale secessionists.

The SDP’s success in the Republika Srpska and the areas that are mainly Croat has been limited, indeed because the SDP has always been associated with one of the parties in the conflict. We are led to believe that such perception will continue to exist until the SDP counts among his leaders people who played a fundamental role in the war. Such is the case, along with Komšić, of Lagumdžija, the leader who was then the government’s Vice-President. Or until the SDP makes concrete steps forward to show those who were on the other side during the conflict that it will represent and protect everyone’s rights.

Taking office now is an opportunity to grasp, but we need to see if the SDP will be able to propose itself as the party of all Bosnians, irrespective of what party they belong to, or if it will continue giving the nod to and cooperating with Bosniak nationalists on one side and waving the flag of multi-ethnicity as a marketing tool on the other, an excellent credential to ensure the support of the foreign Embassies operating in Bosnia, first and foremost the American one. It is to be said that the multi-ethnicity flag-waving by the SDP provided the party with remarkable support, at least until when the International Community had a prominent role in Bosnia.

Who is truly multi-ethnic?

When put this way, the question of multi-ethnicity takes on a different dimension in the Bosnian political framework. It would actually be more useful to look at those parties that are trying to forge alliances in both entities, overcoming the imaginary front line that still exists in the minds of people, without trying to change the institutional structure and without caring for what side each was on during the war.

Given the present political system, it is very unlikely that the new parties will be able to gain reliability immediately: the political system is stuck, the major parties manage the main resources and the legislative framework does not seem to encourage new people. To give an example, the parties are mainly funded with public money, but this funding only goes to the parties that are already represented in Parliament.

An emerging party thus has to turn to massive private funding, as Fahrudin Radončić, the Bosnian Berlusconi, or to huge popular fundraisers. Given the Bosnian economic situation, though, it is best not to fool ourselves.

As long as this institutional framework remains the same, a radical change in the Bosnian political framework cannot be expected: what remains, therefore, is to hope that the system slowly evolves and matures on the inside.

In this sense, the agreement on the new Council of Ministers gives hope that politics will slowly start off again.