Inzko, the future of Bosnia and the Balkans 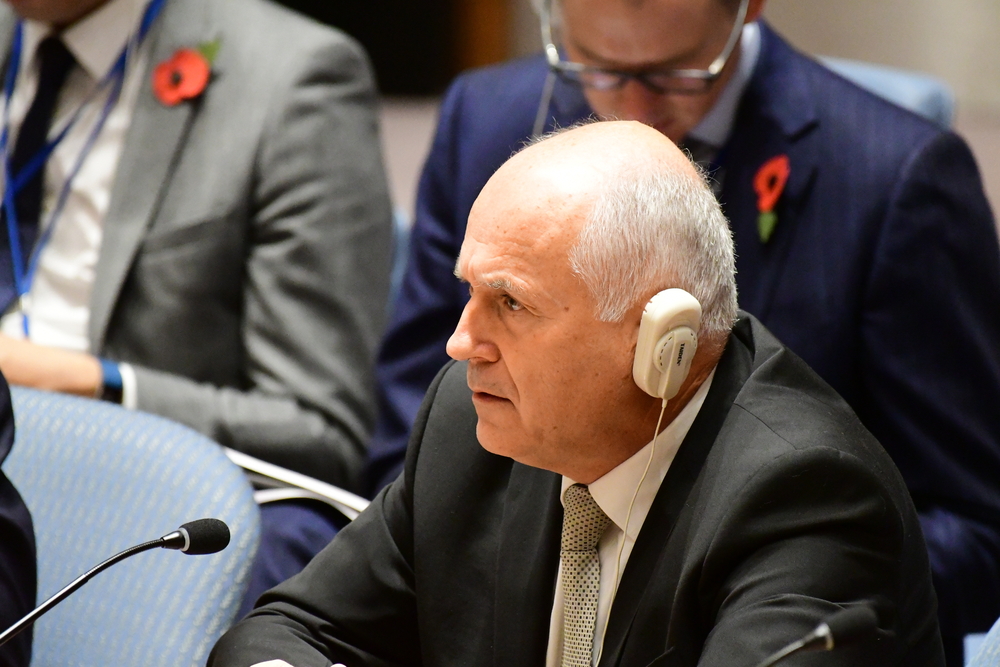 According to Valentin Inzko, High Representative for Bosnia and Herzegovina, the country is at serious risk. The idea of ​​its "peaceful dissolution" would also begin to take hold in Brussels circles. For this reason, in his opinion, it is necessary for the EU to quickly change its approach with respect to the Balkans and Bosnia and Herzegovina

In recent weeks, the Western Balkans have been shaken by the publication of a controversial “non paper”, a document attributed to the Slovenian government which hypothesised the redefinition of borders in the former Yugoslavia and in particular in Bosnia and Herzegovina. This is the culmination of a rhetoric that has been going on for years, but which recently seems to have been normalised, as if it were no longer a taboo even within the European Union. Why is it wrong (and dangerous) to change borders and what should be done instead? On the day the EU Council for Foreign Affairs met in Brussels (with the Balkans at the top of the agenda), we asked this question to Valentin Inzko, High Representative for Bosnia and Herzegovina, in office since 2009 and whose mandate expires this year.

In your last speech to the UN Security Council , you expressed great concern about the situation in Bosnia and Herzegovina. Why?

I am very concerned, because until ten years ago no one would dare to speak of a referendum [for independence, ed.]. Five years ago, the word "statehood" began to be used in reference to Republika Srpska, and now there is even talk of a "peaceful dissolution" of Bosnia and Herzegovina. It is an escalation. One might think that it is only rhetoric: words, words, words, as they say... But no, the authorities of Republika Srpska are setting up a team of "negotiators on the future of Bosnia and Herzegovina" and its "peaceful dissolution". So it's a thing, it's not just words.

Milorad Dodik, the Serbian member of the Bosnian tripartite presidency, is no stranger to such declarations and projects. But the rhetoric of "changing borders" seems to have taken hold even within the EU. What do you think?

In all honesty, I'm shocked. Anyone who talks about changing borders should first visit a military cemetery, from France to Redipuglia to Stalingrad. Changing borders means to shed blood, there is no way to do it peacefully. Please don't open Pandora's box. As for these "non-papers", I do not think they are a creation of the Slovenian government. I had already read these concepts three years ago, in a document written by Steven Meyer, the former head of the CIA for the Balkans, a member of the Trump administration. Three years ago, he was already talking about the "peaceful dissolution" of Bosnia and Herzegovina, so the Slovenian government has not invented anything.

What should be done instead of thinking about changing borders?

I am Austrian, so I take the example of Tyrol. This region consists of three parts: North Tyrol with its capital city Innsbruck, South Tyrol with Bolzano, and East Tyrol with Lienz. It is a single region, but we did not have to change the borders to make it exist. So I tell those who want a Greater Serbia, Albania, Croatia, Bosnia or whatever it is, just create your entity, your brotherhood, but without changing the borders, and do it within our common European home. Collaborations are welcome between Mostar and Split, Banja Luka and Belgrade, Sarajevo and Novi Pazar, or all possible combinations, investments from neighbouring countries are welcome, but without changing the maps. Nor does it need to be remembered that changing borders is prohibited by the Dayton agreements.

Let us return to the internal situation in Bosnia and Herzegovina. In your last speech at the UN, you cite a negative trend which seeks to weaken the central institutions of the country. What do you mean?

I can give some examples. The Banja Luka authorities say that Bosnia and Herzegovina does not have a government, but only "a council", which can therefore give "only suggestions", as Dodik says. In fact it is a council of ministers which, as in Italy or Austria, is a government in all respects. At the same time, the institution of the Constitutional Court is also undermined by not respecting its sentences. Ten or eleven years ago, the Court ruled that state property belongs… to the state (laughs). Very clear, isn't it? In other words, military properties are the responsibility of the Sarajevo Ministry of Defense. But Dodik claims that no, for him the barracks in Republika Srpska belong to the entity and not to the state. Same thing for rivers, because Banja Luka wants to build power plants on the Drina and is making bilateral agreements with Serbia. The state institutions are therefore undermined, weakened. Dodik has also introduced a ministry of foreign affairs, sure he calls it differently, "ministry of European integration and international cooperation", but that is what it is. He also has 6,000 policemen who are essentially an army, as the entity is buying heavy weapons, helicopters, armored vehicles, things that are not needed by a police force. This is the trend: to weaken the central state and strengthen the entity.

How did we get here? At a point where the stability of Bosnia and Herzegovina is undermined and there is an open discussion about how to dismantle its territorial integrity as well?

Very simple. When I was ambassador of Austria in Sarajevo [between 1996 and 1999, ed.], The international community was very solid, prescriptive... At the time we gave Bosnia and Herzegovina a strong medicine and we achieved great success. Today, for example, Bosnian cars have a single license plate, previously there were three. Today there is an army, before there were three. There is only one flag and no longer three. We did a great job. After the war, there was not even a border police, you could easily enter Bosnia. There was no air traffic control... But when we managed to set up six ministries and a single Ministry of Defense, the international community completely changed its approach, too quickly in my opinion. From interventionism we moved on to local responsibility, and this has been a failure.

Your mandate ends this year. What approach do you hope the international community will take in the future?

A mix between interventionism and local responsibility. My successor should be German Christian Schmidt, who has had a long career as a minister and deputy of the Bundestag and who has my full support. We have today a great opportunity that should not be wasted. I summarise it with the BBB formula: Berlin with Christian Schmidt; Biden, whose administration recalls the Dayton agreements; and finally Brussels, but only if the European Union changes strategy in the Balkans. Only after the situation in Bosnia and Herzegovina has really stabilised will it be possible to close the office of the High Representative, but now is not the time.

You mentioned the European Union. How should Brussels change its approach to the Balkans and Bosnia and Herzegovina?

I'm sorry to say this, but we need a more energetic approach, with more interventions and with a real sense of urgency. The Thessaloniki agenda was signed in 2003. This means that if Bosnia and Herzegovina joins the EU in twelve years – a date that seems likely to me – the Bosnians will have waited thirty years, from 2003 to 2033. Such a prospect is a mirage, when so far away! We need to be creative, maybe invite the representatives of the Balkan states to Brussels during the Council meetings, even without the right to vote. Or grant visa liberalisation to Kosovo. Or create an "Arte Balkan" television, or open the Erasmus programme to the region – in short, make sure that here too we arrive at that reconciliation that has existed between Germany and France, or between Austria and Italy in Tyrol. Even those who oppose enlargement must recognise that the key to the security of the whole of Europe lies in the stability of this region. Without the rule of law in these parts there is no possibility of stopping the trafficking of arms, drugs, or persons towards Europe.

Despite all these critical issues, are there any elements that bode well for the future of Bosnia and Herzegovina and the region in general?

Yes. In Bosnia and Herzegovina there are many little Nelson Mandelas, maybe you will not find them among the politicians, but they are there and people are able to live together. I think of Hasan Ahmetlic, the Muslim from Tesanj who renovated the local Catholic church, or the Serbs who cleaned the mosque together with Hodja in Trebinje. All recent facts! Bosnian citizens are often ahead of their representatives. And there are also three new mayors who give me hope in Mostar, Sarajevo, and Banja Luka, the three most symbolic cities. We'll see.