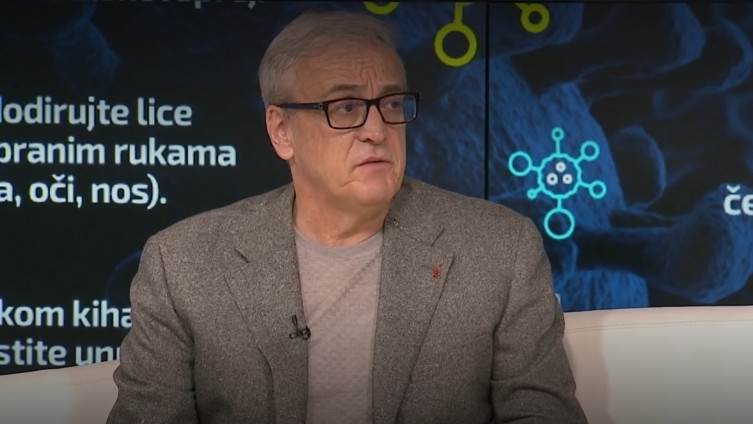 The death of well-known Sarajevo epidemiologist Šefik Pašagić is a tragic story that has its roots in Bosnian medical malpractice. In a final, bitter paradox, the deceased has been blamed for his own death

Four weeks have now passed since extraordinary measures to contain the coronavirus epidemic were introduced in Bosnia and Herzegovina, including the ban on gatherings in public places, the closure of shopping centres and all shops except those selling necessities, the absolute ban on leaving home for people over 65 and for those under 18. A curfew is also in effect: streets are completely deserted at night.

Judging by the number of the infected and dead, it seems that the timely adoption of the containment measures is paying off: according to experts, in Bosnia and Herzegovina the epidemic is still small enough that it can be kept under control. In addition, most citizens respect containment measures – they know how unprepared the Bosnian healthcare system is to cope with such an emergency. On the other hand, the memories of the siege of Sarajevo are still alive in the collective memory: from 1992 to 1995 citizens, constantly under the snipers' shot, were forced to live indoors.

But the system usually "collapses" where nobody expects it. On 5 April, Dr. Šefik Pašagić, a well-known epidemiologist, collaborator of the World Health Organization and member of the American Association of Epidemiology, died in the Sarajevo Clinical Center. Pašagić died in the hospital corridor, without ever having received adequate assistance and care, taking his own temperature until the last moment. The death of the well-known expert – the dramatic details of which reveal how deeply the Bosnian health system is plagued by negligence, corruption, and autocracy – shocked many. People in Sarajevo, in particular, wonder: if such a thing could happen to a renowned doctor (who had warned of the risk of an epidemic a few months ago), what should we, ordinary citizens, expect?

Indeed, what we know about the death of Dr. Pašagić leaves us truly bewildered: the administrative arrogance, the vanity of public officials, the inertia of the health personnel and the atmosphere that reigns in the healthcare structures, that faithfully reflects the current situation in Bosnia and Herzegovina.

Weaker and weaker, forced to wait for hours to receive simple paracetamol, Dr. Pašagić observed the macabre dance taking place before his eyes, which would soon become a requiem – a requiem for himself. This is also the hardest denunciation of the situation in the Bosnian healthcare system, and above all of the Sarajevo Clinical Center led by Sebija Izetbegović, wife of the leader of the main right-wing party (Democratic Action Party, SDA) and main representative of the unscrupulous nationalist oligarchy – a post-transition mutant, that people often compare to Elena Ceaușescu.

The two versions of the story – the hospital's and that of Dr. Pašagić's family – are diametrically opposed.

Here are the facts: after preventing the autopsy on Šefik Pašagić's body, the Sarajevo Clinical Center released the details of the case in a press release, stating that Dr. Pašagić had been attached to a lung ventilator early in the morning of 5 April (Pašagić died on the evening of the same day).

The next day Šefik's wife, Elna Pašagić, explained in a letter sent to the media that her husband was only attached to a ventilator in the afternoon of April 5, without undergoing any preliminary examination to understand any risks that a general anesthesia could have entailed in such a weak patient.

As the story continued to unfold, it eventually emerged that Dr. Pašagić was never even attached to a ventilator, because he was killed by anesthesia, which was administered to him despite the potential risks – the very scenario that Pašagić, as an expert in the sector, feared.

Since some colleagues of Dr. Pašagić's have publicly criticised the work of the Sarajevo Clinical Center, Sebija Izetbegović has had to react. In a press release issued by the Sarajevo Medical Association – which serves as Izetbegović's spokesperson – the director of the Clinical Center rejected any possibility that "her" staff had made mistakes and stated that Dr. Pašagić died because of "inadequate" home care, stressing that the responsibilities of those who treated Pašagić at home must be ascertained.

Sebija Izetbegović's sarcasm had a very specific purpose – that of discrediting Zehra Dizdarević, a highly reputable doctor, former director of the Sarajevo Pneumological Clinic and emeritus professor at the Medical Faculty of Sarajevo, who boasts a strong scientific curriculum. Her fault would be having spoken with Dr. Pašagić who, in the last days of his life, had called her for a consultation.

Not having received adequate treatment in healthcare facilities, Dr. Pašagić wanted to consult with colleagues he believed competent enough to advise him on how to fight coronavirus. Unfortunately, he lost his battle against the disease, and the esteemed doctor he consulted with ended up in the crosshair for repeatedly criticising the work of Sebija Izetbegović, whose ambitions clearly far exceed her abilities.

And the citizens of Bosnia and Herzegovina pay the costs, as the case of Dr Pašagić shows.

We can only guess the epilogue of this tragic story, but one thing is certain: living in Bosnia and Herzegovina today, hoping to survive, means being doubly isolated.

Bosnian citizens live in fear of getting sick, because they know that, if they end up in hospital, things will end badly, given the state of the healthcare system. The second fear, which smells of nonsense as well as death, is the fear of being left alone to die and then blamed for one's own death – exactly as happened to Dr. Pašagić.

However, his tragic death will probably not be enough to push the citizens of Sarajevo to raise their voices and ask for the resignation of Sebija Izetbegović, which would be the only logical epilogue of the story.

But this is not going to happen. As long as the mafia and nationalist narrative remains the backbone of the ruling elite's rhetoric, Bosnian citizens will be blamed for everything. And they will continue to die, under the gaze of the director of the Sarajevo Clinical Center, who will always put the blame on others, ask others to face criminal charges, never taking responsibility.

The totalitarianism in which we live today, at the time of the pandemic, rests on these premises.