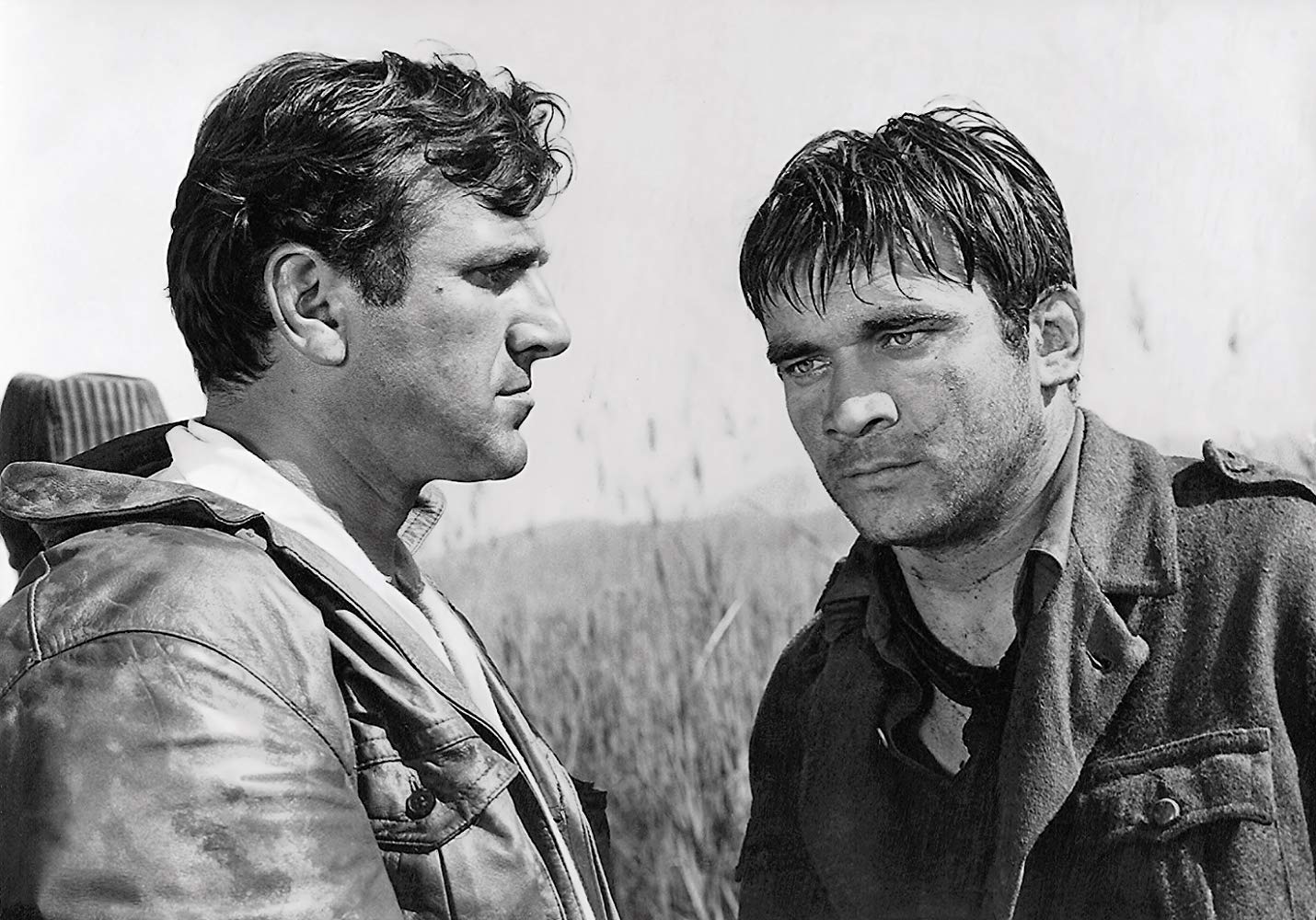 Bata Živojinović and Boris Dvornik in a scene from Most

It is certainly a song out of the ordinary, one of the best known in the world. Bella ciao has been sung by many, musicians and non, from Manu Chao to Goran Bregović, from Tom Waits to Don Andrea Gallo at the end of a mass. "It is the symbol of resistance and the struggle for human rights worldwide".

As history teaches us, first a certain amount of energy accumulates; then people gather who, even if for different reasons, aim at the same goal and begin to organise mass demonstrations; then, at a certain point, a symbolic event occurs that marks that era – an event that then either remains only in memory or is kept alive by the ideas that inspired it.

Recently, a song has brought an old debate back to the centre of public attention – that of sharing, or a shared perception of a territory or a historical moment. No, it is not about nostalgia, although those who insist on the links between that song and the tradition of the left will always be accused of being nostalgic. It is primarily a feeling, that feeling that catches us when, for example, we feel or see something that belongs to us as an integral part of our cultural heritage and a perception of the world as a space in which to live together.

I felt that feeling for the first time a long time ago, more precisely in 1969, the year in which the genius of the partisan Western Hajrudin Šiba Krvavac made "Most" [The bridge], his least ideological film, with the greatest number of action scenes, shot following only the rules of the trade – probably his best work. Of course, "Valter brani Sarajevo" [Valter defends Sarajevo] is considered the best known film by Hajrudin Krvavac, thanks to the legend that accompanies it, but also for several other reasons. However, "Most" is a ferocious thriller, which exudes atmosphere and emotion that are not often found even in the works of the greatest filmmakers. In one scene of the film, one of the protagonists, an Italian partisan named Zavattoni – played by Boris Dvornik, a legend of Yugoslav cinema, of Dalmatian origin – sings "Bella Ciao", and is, in my opinion, the best and the most sincere so far performance of this song.

In the mid-1980s, when Yugoslav society was experiencing a crisis of socialist values, "Bella Ciao" was brought back by the legendary Pula punk band KUD Idijoti. During the Yugoslav dissolution wars and in the years immediately after, the song disappeared again, to regain global popularity in the late 1990s thanks to the interpretation of Manu Chao. The great wizard of musical entrepreneurship Goran Bregović also took advantage of the renewed popularity of "Bella Ciao", and another highly appreciated interpretation is that of the Slovenian women's choir "Kombinat". Recently also Tom Waits, driven by his longtime friend, guitarist Marc Ribot, recorded an interpretation in which the words "bella ciao" take on their full meaning when accompanied by a video showing U.S. police officers checking every inch of the country ruled by Donald Trump.

So, a working-class song born in the 19th century in the agricultural fields – obtained, as they taught us in school, thanks to the interventions of agricultural accommodation along the Po's delta – and then reclaimed several times has become the symbol of resistance and the struggle for human rights all over the world.

In Italy, "Bella Ciao" returned to the limelight in 2012, when Don Andrea Gallo, another now legendary figure, sang it after the mass celebrated in a church in Genoa. Something unimaginable in Croatia and Bosnia and Herzegovina. Only some Bosnian Franciscans would perhaps be able to make such a strong gesture.

Then last year, at the end of the first, long-awaited LGBT Pride in Sarajevo, gathered in front of the Parliament building of Bosnia and Herzegovina, we all sang "Bella Ciao", led by well-known sevdah composer and performer Damir Imamović, who gave this famous working-class song a new guise.

All subsequent performances of "Bella Ciao", including the video showing 6,000 people under umbrellas singing "Bella Ciao" during a protest organised by the Sardine movement in the central square of Modena, are an integral part of the same sentiment, stimulated by the idea that none of the so-called "left parties" – neither the Social Democratic Party of Bosnia and Herzegovina nor Croatia's, and not even the best and most effective of all Slovenian left parties – is able to open the way towards a more just society or at least to give rise to a protest against the current state of affairs.

Only a choir can do this – one that brings together all the people who see in "Bella Ciao" an invitation to fight for a better, more dignified, and more modern life. Obviously, it is naive to expect the situation to change only because some of us have – as they say in Bosnia and Herzegovina – let themselves be carried away by music, but some events that happened during the inauguration ceremony of Rijeka European Capital of Culture 2020 definitely demonstrate that there is a whole series of right-wing organisations, war veterans' associations, ecclesiastical bodies, and other conservative groups that are annoyed by the song "Bella Ciao".

During the inauguration ceremony, a show titled "Industrial Work" was staged as a tribute to the city of Rijeka, its workers, and its industrial and liberal tradition. During the show, "Bella Ciao" was also performed – a performance that has prompted many right-wing exponents to accuse all those who see nothing problematic in exhibiting the symbols of the past in the context of a cultural event of wanting to return to the period of "communism" and "occupation". As if Croatia had been included in the former Yugoslavia as an occupied, rather than liberated, territory.

Neither outgoing president Kolinda Grabar-Kitarović nor Croatian prime minister Andrej Plenković attended the inauguration ceremony, which can be considered a great victory of diversity. But, in the end, it doesn't matter. During 2020 Rijeka will be – we hope – a place where different people and ideas will meet, and will try to overcome the divisions that arose during the Second World War, divisions that have persisted for too long.

So, it just takes looking at Rijeka to realise that the future can only be built by combining differences in a polyphony. Each monomania is destined to lead to totalitarianism.

And "Bella Ciao" is here to remind us how important it is to have a tradition and, at the same time, to be able to abandon that part of tradition that requires us to have a unique, "ours", perception of reality.