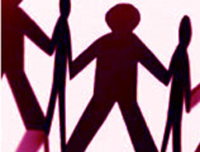 ''The decline in economic growth will be more effective in raising poverty rates than the 6 years of growth just passed was in reducing them''. An interview with Paul Stubbs, author of an independet study for the European Commission on social inclusion in the Western Balkans

How was the report drafted, and which sources does it draw on?

There is a paradox here, I think, because on the one hand, the synthesis report and the country reports on which it draws contain no new research. On the other hand, this is the first time that the European Union DG Employment, Social Affairs and Equal Opportunities has solicited independent reports which assess prospective candidate countries in terms of the EU's social inclusion objectives. So the methodology is important in terms of their being a clear structure for each report, and a clear assessment of the challenges. But there is little new in the reports other than the fact that a range of very disparate materials are collected together in one place and carefully structured.

Are there reliable statistics on social inclusion and exclusion in the Western Balkans?

The synthesis report comments on the many problems in terms of the availability and reliability of statistical data. There are many different issues here: the absence of census data for BiH and Kosovo; the slow progress in adapting statistical surveys in line with Eurostat standards; the difficulty of assessing social expenditures; the problems of small-scale survey data; the large grey economies and large remittances from abroad in many of the countries; and so on.

Social Protection and Social Inclusion in Western Balkans. Over the past two years, the countries of the Western Balkans have moved closer to the EU. In December 2007, the European Council reaffirmed that "the future of the Western Balkans lies within the European Union". The aim of this series of studies is to inform the process of the accession perspective of Albania, Bosnia and Herzegovina, Montenegro and Serbia, as well as Kosovo under UNSC Resolution 1244/99 in the area of social protection and social inclusion. The studies provide an analysis of the social protection systems, the extent and pattern of poverty and social exclusion and the envisaged plans for reform of pension and healthcare systems of each country.
Go to the page dedicated to the study

What other difficulties did you encounter?

Other challenges were in terms of going beyond the surface of strategic documents and accounts of the many projects and programmes in the region, to actually assess what reforms have meant to people on the ground. We also faced a challenge in terms of the fact that labour markets and educational systems are not the centre of attention of these studies - everyone agrees they are key factors affecting social exclusion but they are not the main focus here. So we had to be sure that chapter 1, on contexts, covered these thoroughly. We also wanted to cover the positive aspects of the legacies of the past and the strengths of existing systems, particularly the role of Centres of Social Work in all the post-Yugoslav countries.
How have social services and welfare systems evolved in the latest years? What changes were brought by the transition to market economies, for example in terms of centralisation and/or decentralisation? Namely, does the State remain the main provider of social services?
They have evolved in a fairly ad hoc and uneven way, I would say. The transition and the conflicts brought more challenges and fewer resources, for sure, They also saw the rise of a kind of parallel NGO sector, often quite reliant on funding from abroad. I would say that nowhere, yet, has this NGO sector been drawn into real social planning, although some islands of excellence do exist and some countries, notably Serbia with its Social Innovation Fund, have tried to ensure more sustainable funding for NGOs in partnership with local state agencies as a mechanism of reform.

The big issue is that of decentralization. In terms of the scale at which services are regulated and the nature of the financing of those services, I would say that every possible combination of central and local dominance can be found across the region. Where there has been some decentralisation, as in Albania, funds have not followed. Indeed, in Bosnia-Herzegovina, municipalities are responsible, largely, for social protection, so where you live determines what you get, essentially.
How have international organisations intervened and supported local welfare systems, and have they managed so far to effectively help and enable local governments?

This is not, primarily, the subject of these studies although I have recently co-edited a book on precisely this theme (Deacon, B and P. Stubbs (eds) (2007) Social Policy and International Interventions in South East Europe, Edward Elagr). Nothing in these reports for the European Commission contradicts the messages in the book which is that there has been a 'crowded playground' of very many different types of international organizations, not always pushing the same messages or funding the same priorities. A lot of the support has been in the form of unsustainable pilots or support for strategies which have created false positives in which policy makers work within a project in favour of reform but in their real jobs they block the reforms. I do think there has been more attention in recent years to supporting social protection systems, rather than seeing all social expenditures as completely non-productive. The kinds of programmes which the World Bank and IMF have supported have also changed a lot and do contain more of a social dimension. But, I am convinced that only a broad Europeanisation of social protection systems will help .... It would be great to think that these reports could influence both the SAA process and the kind of IPA funding that might be available, although that may be a little bit too optimistic. At least now the EU has a position on the social dimensions of both health service reform and pension reform, so that it is not only about the cost of these programmes but also about who has access to services and incomes.

How could we outline the current picture in the Western Balkans? Can we identify any common trend between the countries examined, and which are the areas that show the most serious problems? Are there significant differences between non-EU countries and their EU-member neighbours, e.g. Slovenia, Bulgaria, or Romania?

This is hard to answer without going into a great deal of detail. Don't forget that Croatia and Macedonia were not included in these studies although earlier studies along similar lines were carried out. Slovenia tends to be a bit of an outlier because of its wealth. Albania , Kosovo and parts of Macedonia also stand out because they do not face the same kind of demographic ageing as the others. Albania does not have the legacy of a combination of Bismarck-based insurance and social self-management and Centres for Social Work which the post-Yugoslav countries all have. The serious problems are pretty similar though ... significant poverty and social exclusion; increasing area-based inequalities; problems of long-term unemployment, especially affecting young people, women and older people; problems faced by ethnicised minorities and by refugees and displaced persons; and so on. In addition, health and education are becoming harder to access for poor people and there are increasing out of pocket payments. Insurance-based systems are being undermined and inequalities are becoming more structured. There has been too little reform in terms of non-institutionalised forms of care for children and people with disabilities, too, I would say.

Is there, welfare-wise, a strong presence of informal networks making up for lack of State provision, just in the same way as informal economies play a significant role in the labour market?

I would say yes although it is true that we know very little about these coping strategies. What we do know is that, a bit like the late 1980s in former Yugoslavia, urban poverty is particularly hard for those who do not have extended family etworks engaged in some kind of subsistence agriculture. In addition, rural populations face traditional poverty, and there is new poverty associated with migration to large urban centres. Much more work is needed on the nature of people's coping strategies, especially in the context of the economic crisis. We might see families who are near the subsistence line deciding that their children need to leave school early to help maximize yields from any land, for example.
What are the main factors of social exclusion (e.g. ethnicity, gender), and are they adequately considered and compensated in terms of eligibility, access to, and quality of social services? Are there strategies and provisions potentially able to promote social mobility?
The drivers of exclusion are, for sure, inter-connected structures based on gender, ethnicity, age, disability and region. Social services take some account of these issues but are not really geared up to doing much more than fire fighting. Too little work on preventing social problems takes place. Too many programmes are stigmatizing or of limited duration. It would be good to see better co-operation, and more consolidated effort in disadvantaged areas, between health, education, social work and employment services.
What kind of forecasts can be made in the light of the elements explored in the research? What strategies and policies does the report envisage and/or suggest?
Two things need saying here. Most of the reports were completed before the global economic and financial crisis. At first, it looked like much of the region would not be hit hard but, month by month, the forecasts, although the effects will be uneven, appear to be more and more pessimistic. It would only need the banking sector in one country to collapse for a real crisis to occur. Already, I think we can be sure that the decline in economic growth will be more effective in raising poverty and unemployment rates than the 6 years of growth just passed was in reducing them. The recommendations of the report still stand up to scrutiny in the crisis, I would say, particularly the argument for greater focus on a co-ordinated strategy to combat poverty and social exclusion led by government but including all stakeholders. Above all, it is important not just to cut all social programmes and leave just a residual set of supports for the poorest of the poor. If the region wants to join Europe it needs to start promoting European standards of social protection, even in the difficult times.