Western Balkans-EU Integration: Why Italy should take the lead 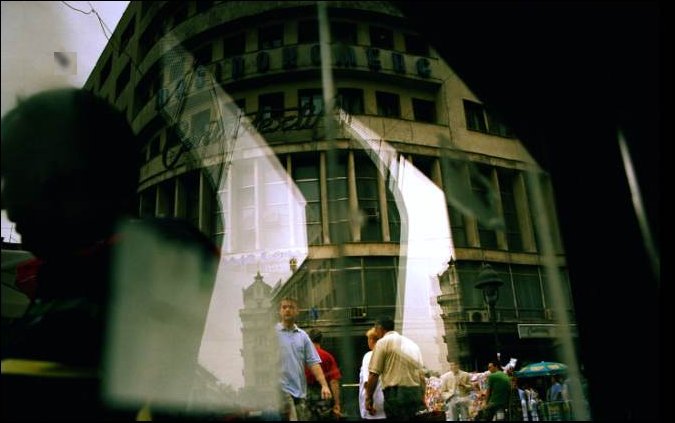 On the eve of the Sofia Summit between the EU and the Western Balkans, an analysis of Italy's role in the enlargement process

(Published in collaboration with Ispi on-line )

Over the years, Italy has been reiterating its full support for the EU's process of integrating the Western Balkans (WB) at the political and diplomatic levels. The launch of the EU Macro-regional Strategy for the Adriatic and Ionian Region (EUSAIR) in 2016 is considered to be one of the main achievements of the 2014 Italian presidency of the EU. More recently, the Trieste Summit on the Berlin process in July 2017 can be seen as the coronation of Italy’s efforts to engage in re-launching the WB integration process.

Italian political backing for EU enlargement has traditionally been bipartisan at the local, national, and European levels. Today, the Balkan integration process is fundamentally a EU-led process that Italy supports, pursuing its policy goals towards the region in multinational fora at the political and military levels.

Since 2011, the worsening of the economic crisis and reduction in resources have made Italy's engagement in the region more declaratory than substantial, and Italy lost the political leverage it had previously gained. Today, for instance, of the 20 priority countries of the Italian Agency for International Cooperation (AICS ) for 2015-17, only Albania and Bosnia and Herzegovina are considered beneficiaries of Italian ODA funds.

Enlargement process and the EP

As Italian analysts Andrea Frontini and Davide Denti stress , Italy has to rely on the Europeanisation of its national interest when the guidance of a common policy, such as the enlargement process, is falling back into member states’ hands. Let us consider one example from so-called cultural diplomacy: while all global and regional powers have been investing in the media field (the Deutsche Welle, the BBC, the Russian Sputnik, the Turkish public print media, radio and television and Anadolu Agency, N1 for CNN and Al Jazeera), Italy has no plan to reverse the closure of its broadcasting services that occurred 10 years ago.

There are plenty of strategic reasons why Italy should be proactive in the Europeanisation of the region, starting from the fact that it has a strong and rooted economic presence, both in terms of trade (Italy is the second commercial partner after Germany) and investment in the WB. As is well known, there are large migrant communities from the WB in Italy, but the number of Italians living in the region is also growing, especially in Albania.

In a context where national interests towards the region risk endangering the integration process - see Austria’s unscrupulous dealing with the migration crisis on the Balkan route - Italy may be praised for pursuing the shared EU agenda.

Yet what Italy is failing to do is to fully exercise its political weight in the European context with the necessary conviction. Indeed, Rome's political instability has a role in weakening the effectiveness of its policy-making, as is the case with the current Italian presidency of the OSCE that relies only on its diplomatic corps in the absence of a government.

But looking at the implementation of the EUSAIR, for instance, what emerges clearly is the weak concrete engagement on the side of the national governments involved, starting from Italy. In its report examining the Macroregions, the European Parliament noted with concern: "problems persist as regards the lack of effective linkage between the availability of resources, governance, and ownership, which are preventing EUSAIR's objectives from being fully achieved".

Generally speaking, there is very little debate in the Italian public sphere about the enlargement process, which remains a field of interest for foreign policy experts. Although Trieste might be regarded as a diplomatic success, one cannot claim that it was visible in the national media or had an impact on public opinion.

What is worse is that, while transnational connections grow stronger, lately Italian public opinion has been changing its stance towards the region. With Euroscepticism mounting in the country, Eurobarometer surveys show predominantly negative views on further EU enlargements: 45% no versus 40% yes for autumn 2017 (even though in considerable decline if compared to the previous year).

Therefore, against the new political backdrop, the risk is for Italy to miss the small window of opportunity reopened by President Juncker’s State of the Union speech in 2017, that called for a "credible" enlargement perspective for the region, confirmed in February 2018 with the publication of the new Commission Strategy that set 2025 as the date for possible new accession.

When leading European political figures such as Macron doubt the feasibility of new EU enlargements, questioning the hard-won results of the Berlin process, Italy should make clear that the Europeanisation of the WB is of strategic national interest for political, economic, and security reasons, and that we remain strongly committed to supporting the region in this process.

Italian decision-makers should start reasoning in terms of EU33 and simulating the scenarios that Italy faces building regional coalitions inside the EU, in order to matter within European institutions and better defend its Adriatic and Ionian region in the broadest terms possible, embracing realms such as environmental protection, biodiversity, and connectivity or tourism as the EUSAIR suggests.

However, in a circular way, this perspective could only work to the extent to which these countries succeed in becoming viable EU member states and fully accomplishing the enlargement process. Therefore, Italy should not push to artificially accelerate integration, but consistently support the processes underway.

To do so, it should involve its wide spectrum of stakeholders, including economic actors (predominantly SMEs), social and cultural actors (CSOs, museums, universities, etc.) - mostly benefiting from EU funds and grants - but also institutional actors such as judges and prefectures, that have been dealing with transnational security issues for almost three decades now.

Not only can this variety of stakeholders provide fundamental support to the Europeanisation of the WB, but, in addition, their insight, experience, and concrete interests in the Enlargement process might effectively counterbalance the spread of populist narratives that risk hijacking it for ideological reasons.