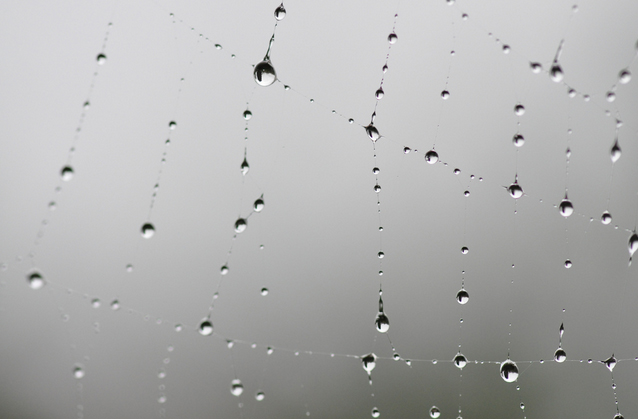 The European Parliament is running the hearings of the members of the new Juncker Commission. Johannes Hahn will be responsible for enlargement and neighbourhood policies. An analysis

In the new European Commission, headed by Jean-Claude Juncker, there will be a Commissioner for Enlargement – more precisely, a Directorate General for the European Neighbourhood Policy and Negotiations for Enlargement. The President of the European Commission decided to transform the old DG Enlargement, which for years accompanied the EU integration process of central and south-eastern Europe, and redefine the position of the next commissioner to include also the Neighbourhood Policy.

The good news for the Balkans is that there will still be a DG responsible for managing their negotiations with Brussels. For a few weeks after Juncker's appointment, in fact, rumours were ventilated about the possible cancellation of the Directorate. Another positive aspect is the fact that the chosen Commissioner was Austrian Johannes Hahn rather than Slovak Maros Sefcovic. Given that Slovakia is one of the 5 states that have not recognized Kosovo, a Slovak representative heading the Directorate-General would have weighed in against one of the countries most distant from EU integration.

However, this new denomination placing the Neighbourhood Policy before the Enlargement, and especially the incorporation of two formerly separate policies into one General Directorate, confirms that South Eastern Europe (SEE) has become less of a priority in the EU political agenda. In contrast, for the Eastern Neighbourhood countries (but also for the Mediterranean countries), the activation of a dedicated DG could mean that Europe is finally going to commit more to their future.

The audition of Johannes Hahn 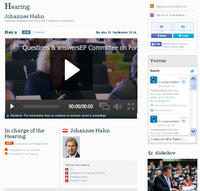 On the website of the European Parliament it's possible to have access to the materials concerning the audition of Johannes Hahn, new commissioner for European Neighbourhood Policy and Enlargement Negotiations

Concerns around the DG arise from the widespread fear that the process of European integration for SEE will not be completed and that, after years of investments, Brussels will settle for the results obtained so far. Or that the Enlargement – widely considered the greatest achievement of the common foreign policy and the demonstration of the potential of European soft power – has come to an end.

Although there has been talk of enlargement fatigue for years, the process has continued to produce remarkable results away from the spotlight: as for instance the consolidation of democracy in Albania or the agreements between Belgrade and Prishtina. Undoubtedly, completing the SEE integration process still requires a lot of time. If the Serbian leadership publicly set the target of 2020, for the other countries in the region the time required can only be just as long or, realistically, longer.

It is clear to everyone that without the support of European institutions the process of enlargement to the Balkans is likely to never end. For this reason, a few weeks ago, when Juncker said that there would be no further enlargement in the 5 years of his presidency, his message was interpreted as yet another worrying demonstration of the European disengagement from SEE.

In recent years, the presence of a dedicated European Commission Directorate General has been key in advancing the integration process of all SEE countries and in achieving Croatia's entry last year. To be considered ready for accession, candidate countries must demonstrate that they meet the criteria established in Copenhagen in 1993, that is to be an established liberal democracy and have a functioning market economy, but also to have adopted the thousands of Community laws, rules and regulations that go under the name of acquis communautaire.

In addition, losing the Directorate General would have meant ending the ongoing virtuous process due to the lack of the Commission's consistent support as well as for the political message this would give. Notably, a key element in the success of the European policy for the stabilization of the Balkans is the political perspective of concrete future integration, that pushes countries to adopt sometimes unpopular policies and politically motivates them toward strenuous change.

Of course, along with the Commission's technical assistance and the political stakes (the prospect of becoming member countries), the integration process for SEE has worked until now because of the significant economic resources in place to support the process. Furthermore, thanks to this very process, SEE has been able to benefit from many opportunities at every level of transnational exchange that have provided students, professionals, local politicians, and public administrators with the opportunity to directly experience the benefits of living in the Union.

Unfortunately, the importance of including the Balkans into the EU is rarely motivated with the idea of European unification, as had happened with Central Europe after 1989. The usual argument in support of integration refers to regional security and stability issues. Although geopolitics often hides much more than it reveals, this time it plays in favour of the Balkans: the risk of policy drift for these small states wedged in the common political space pushes Brussels to take charge of their fate.

If there is reason to hope that sooner or later all the SEE countries, if properly supported, will become members of the EU, it is a different matter for Turkey. The presence or absence of a DG Enlargement is unlikely to affect a dialogue influenced by fluctuating political will in both member states and the candidate country. While negotiations continue, European integration for Ankara appears to be postponed sine die, also shadowed by more pressing matters such as the wars in the Middle East that threaten Turkey at its borders.

The opposite goes for the countries of the Eastern Partnership, which now share with the Balkans the new DG. The birth of a Directorate-General for the European Neighbourhood Policy shows the Brussels' acknowledgement that the crises that affect neighbouring countries, whether in Eastern Europe or the Mediterranean space, have a negative impact on the EU itself.

With the dedicated DG, today the Commission apparently aims to relaunch the European Neighbourhood Policy (ENP), initiated without much success in 2004. It remains to be seen if for Eastern Europe and the South Caucasus this will be a turning point for what the think-tank European Council on Foreign Relations has defined so far "a low-cost and apparent value-for-money exercise in ambiguity" because it is neither a substitute nor a prelude of the enlargement.

With the exception of the Baltic countries, no state created by the dissolution of the Soviet Union has had so far any prospect of European integration, and as a consequence the possibility to enjoy similar technical assistance, massive economic aid, and capillary exchange opportunities reserved to SEE countries.

Besides these fundamental differences in treatment between the two regions, there are other important elements that distinguished the two EU policies now incorporated.

First, with enlargement the EU has stimulated regional reconciliation, while the Neighbourhood Policy in Eastern Europe and the Caucasus contributed to the degeneration of relations with Russia and led Ukraine to an undeclared war with Moscow. For this reason, the major challenge of the new commissioner should be to rethink the Neighbourhood Policy – which pre-exists the Arab revolutions and the Ukraine crisis, but has gained importance as a result of the same – and turn it into an instrument of conflict resolution.

Second, the EU will have to deal with the fact that the evolution of the Neighbourhood Policy will depend not only on its relations with post-Soviet countries, but also from Putin. In fact, the partnership agreements proposed are among the fundamental knots of the current diplomatic crisis with Russia, and – not surprisingly – in each country, as well as in Ukraine, the signature or the progress of negotiations with Brussels is an indicator of the quality of relations with Russia: the country which is most politically distant from Moscow, Moldova, signed the partnership with the EU, while Armenia, that has frozen negotiations, is the closest to Russia.

Third, unfortunately, in this case geopolitics is working against Eastern European and Caucasian countries. In fact, the EU seems tempted by the idea of creating buffer zones between itself and Moscow. This is an old way of managing relations between European powers that tends to recur, in spite of the serious consequences for those who find themselves in the middle. For its part, since the early 90s Russia has been keeping in check the countries that exited its orbit by contributing to the emergence of de facto states in its western and southern peripheries, with secessionist Transnistria in Moldova, Abkhazia and South Ossetia in Georgia, and now, potentially, Novorossiya in Ukraine.

Finally, developing in a time of economic crisis, the Neighbourhood Policy is not intended as a broad instrument to help addressing the enormous political and economic challenges that await Eastern Europe. In particular, it is hard to think that in the coming years the EU will take charge of Ukraine, a country with 45 million inhabitants which, even if lasting peace were achieved, will have to cope with the rising price of gas from Russia and set out to reduce foreign debt as required by the IMF.

Despite the new DG, therefore, the doubt remains strong that the policies of Enlargement and Neighbourhood, once different in ambitions and breath, will now converge downward, as the economic crisis discourages the EU from taking new charges and pushes it to withdraw into itself.