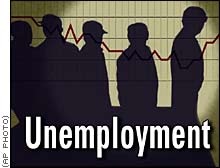 Polls carried throughout the Balkans repeatedly show that 50-70% of young people would leave their countries at the first given chance. The reasons are lack of perspective, poverty, unemployment. Usually youth unemployment rates are 2-4 times higher than the overall ones

An often repeated phrase says that it is enough for a country to lose 50 of its top experts, to behead its science for a long time.

Serbia, according to some conservative estimates had lost around 200.000 young, university educated people since the start of the 90s. The real number is not known as nobody really cares. Young people leave. That is the reality of the so called Western Balkans, with only Croatia being mildly better off.

Polls carried throughout the Balkans repeatedly show that 50-70% of young people would leave their countries at the first given chance. The reasons are lack of perspective, poverty, unemployment.

Youth unemployment rates in the Balkans are not part of political agendas. Has anyone ever heard a politician to speak about it? Why would they when there are so many prior things? After all, the rates are not that high. In Macedonia for example, the rate is not even 70%. In Bosnia not even 50%, or maybe just a bit over. Similarly in both Serbia and Montenegro and Croatia, it could hardly go beyond 45%. For Kosovo the data is quite contradictory, with some estimates going as in Macedonia, up to 70%. Albania is somewhat lower with less than 30%. This data maybe a bit vague but the truth is that hard data do not exist, as they are often either not collected by national statistics or collected in inconsistent manner. And of course sometimes what national statistics say is just not reliable.

And yet this is just the beginning. "Unemployment rates are only the tip of the iceberg in terms of fully explaining the employment problem of young people" says a recent publication by the International Labor Organization (ILO). Because unemployment rates only consider people who are actively looking for jobs. They do not consider those who have never even entered the labor force, or those who got discouraged and stopped looking for work, or those who work in the informal economy often in bad conditions and with little protection. And then, the rate only pertains to the UN definition of youth being people aged 15-24. Conditions of economic depression and lack of prospects in the Balkans, prolonged the period of dependency of young people up to 30 and even 35 years of age. Many organizations operate with this alternative definition of young people.

Youth are several times more likely to be unemployed than adults. Usually youth unemployment rates are 2-4 times higher than the overall ones. Globally, youth are 1/4 of all employed but almost 1/2 of all unemployed.

The problem globally, is a development issue of growing importance. A couple of years ago the UN Secretary General formed a High Level Panel on Youth Employment comprising also the former president of the World Bank, James Wolfenson and the secretary general of the ILO, Juan Somavia. The UN passed a Resolution calling upon governments to produce and implement national strategies on the issue. This year's ILO annual report will focus on youth employment.

Similarly in the EU, in the light of the persistently high and growing unemployment rates, youth unemployment has been a pronounced cause of concern. Under its employment strategy the EU obliges Member States to produce national action plans on employment that always place strong priority on young people.

How come than governments in the Balkans do not consider it a priority? A couple of years ago the Macedonian Academy of Sciences and Arts (MANU), which is the ultimate think-thank of the country, raised a bit of public uproar welcoming in its development strategy - migration. This would according to them benefit the economy by lowering the unemployment rates. In simple words - it is good for a country if its people leave.

In addition to being a huge economic loss for Balkan countries - through the process of migration, youth unemployment is closely linked to idleness and withdrawal from society, illegal activity, radicalism and political instability. A recent World Bank report highlighted the security and political risk aspects of high percentages of young, male, unemployed population, particularly in Bosnia and Kosovo.

At the same time France has the so called "scientist visa", Germany has the "computer green card" and 1/3 of the people given temporary residence in the US are computer engineers. Canada prefers them if they are married with children and with certain vocational background.They get them for free. Already educated. But is it their fault?

Young people say that criminals drive the best cars and dictate values around. The process of transition has brought to, among everything else, to complete moral erosion. It is just too much in everybody's eyes that the best way to make it is you are a scoundrel.

On the other hand, it is true that migration has also positive facets for the migrants' native land. Migrant remittances help domestics GDPs a lot. The economic success of some countries, such as recently Ireland, has a lot to thank to the effective utilization of the diaspora. But then it is not like government in the Balkans made much efforts in this direction. Like in every classical tale about provincial opportunism, local political elites do not want the rich uncle from abroad to come to tell them how to run the village. In a recent anecdotal example from Macedonia, one of its most successful natives abroad, Majk Zafirovski, who was until recently second in command in Motorola, and who sits on the board of Boeing, was not even invited for a meeting by Macedonian officials at the occasion of a passing through the country. At the same time US officials in Skopje broke arms and legs to meet him even if for 15 minutes. As simple and colloquial as it is, this example is very telling of the lack of strategy and the self-centeredness of our political leadership.

Some experts argue that higher unemployment of young people is not bad per se. Young people move in and out of jobs, they experiment, go back to school, then return to the labor market. It is normal that their unemployment rate is higher. They say that the long-term unemployment, over 1 year, that happens early in young people's lives is the dangerous thing, with hard wearing effect on productivity, ability to integrate in society, and prospects for meaningful life.

When we revisit the numbers, it is this indicator that is common of the youth unemployment for the countries of the Balkans; most of it is long-term and early.

Somebody should print this data, just a summary, easy to understand, and give them to our leadership. Maybe they just do not know them yet.