EU and the Western Balkans, a long engagement 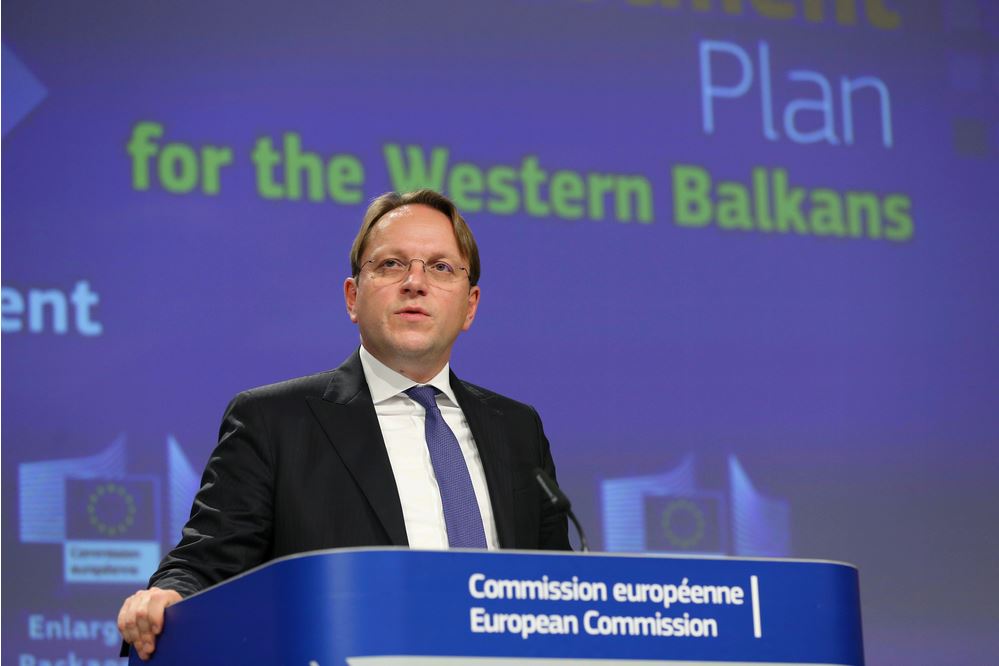 Cautious optimism and a new package of economic incentives for the Western Balkans: with the "2020 enlargement package", the EU tries to relaunch the integration of the region, but the prospects remain of slow, never predictable progress

(This article was published in preview on Europea )

A rigorous "2020 enlargement package", but tinged with cautious optimism, accompanied by a new infrastructure and strategic investment plan for the region. So on 6 October Commissioner for Enlargement Olivér Várhelyi presented the Commission's annual report on the accession path of the Western Balkans - yet another attempt to relaunch the gradual integration of the area into the EU space.

For years, the Union has been engaged in a delicate, complex push-and-pull exercise in the region, which is not without risks: the path to membership has been slowed down by the increasing "enlargement fatigue", which has gradually turned into explicit skepticism, especially in some member countries; on the other hand there is the strategic centrality of the area and the growing fear that interested, unscrupulous actors such as China, Russia, and Turkey could take advantage of European apathy to gain positions and clients.

The new report, combined with the development plan, seeks to rekindle the embers of the relationship between the Western Balkans and the EU, which is turning into a long engagement with no date for the wedding in sight – an exhausting situation that foments many tensions and frustrations, especially in the Balkans.

At the moment, Serbia and Montenegro lead the group and have already opened more than one negotiating chapter, Albania and North Macedonia have recently had the green light to the opening of negotiations, followed by Bosnia-Herzegovina, which has submitted an official request to become a candidate, and Kosovo, lagging behind, which can only boast the signing of the Stabilization and Association Agreement (ASA).

To give enlargement new momentum, the Commission is therefore putting in place new economic resources after the emergency package of over three billion Euros launched last June to help the Western Balkans overcome the COVID-19 crisis. This is instead a medium-term measure, with an expected contribution of nine billion Euros over the next seven years (although it has not been specified to what extent it is made of loans or grants) as well as a guarantee mechanism that should attract an additional twenty billion Euros in public and private investments.

If the Commission's hopes were to turn into reality, the total injection of new economic resources should provide an important boost to the six countries in the area, fuelling an average annual growth of 3.6% and thus at least partially reducing the deep cleavage in development vis-à-vis member countries.

In compiling the list of priorities for the planned investments, the Commission's experts have chosen to follow the beaten path: at the top of the list is the modernisation of the road and rail infrastructures in the area, now obsolete and often incomplete, to connect all the capitals of the Balkans and revive the flow of people and goods.

Energy is another important chapter, revolving around the heart of the energy efficiency strategy – to reduce consumption – and the increasingly significant introduction of gas as a "clean" energy source to replace coal and hydrocarbons, still heavily present in the "energy cake" of the Western Balkans.

When questioned in the European Parliament on the methods of disbursement , Várhelyi confirmed the new, cautious EU approach: to increasingly link the effective distribution of funds to visible results in the field of reforms. In case of doubts or dissatisfaction on Brussels' part, the planned investments can be blocked, was the all but veiled message from the Commissioner.

Because, despite some encouraging signs – and here we come to the annual report's political assessment of the situation in the Western Balkans – many problems remain in the region, especially in terms of judicial system, corruption, organised crime, public administration, and media freedom.

Serbia is criticised at a political level for the management of the last elections in June, which after an extremely contested campaign marked by the virtual boycott by the opposition led to a new parliament dominated by the Progressive Party of President Aleksandar Vučić, "a situation not favourable to pluralism in the country". Freedom of information is also under the spotlight, threatened by media concentration, lack of transparency on ownership, the crushing of TVs on government positions, but also threats, intimidation, and violence against journalists.

The assessment on Montenegro is more nuanced: if on the one hand the report stigmatises the climate of violent polarisation during the electoral campaign that led to the vote at the end of August, the organisation of the elections was judged in substantially positive terms, especially since, for the first time in the last thirty years, the country has witnessed a change in government, with the defeat of the "eternal" Milo Đukanović. While progress is being registered in many sectors, the situation of media freedom remains problematic in Montenegro as well.

The most flattering words are reserved for North Macedonia, which despite the general difficulties of the last year "has continued to strengthen democracy and rule of law", while the Skopje parliament “operated with greater transparency”. The political elections in July were "generally well organised" and gave rise to "real political competition". Also in the sectors of media freedom, regional cooperation, fundamental rights, the fight against corruption and organised crime, and reform of the administration and judicial system, the performance of North Macedonia and of Social Democratic Prime Minister Zoran Zaev can be considered substantially positive.

Albania's frantic political year emerges clearly from the EU report, with heavy polarisation of political life, boycott of local elections by the opposition, parliament at reduced regime, and attempted (failed) impeachment of the president. The judgment is partially softened thanks to the agreement on electoral reform reached last June, "but political dialogue in the country needs to improve". The assessment on the other sectors is moderately positive, even if the reform of the judicial system – currently undergoing a profound process of re-evaluation of judges and prosecutors (vetting) – still has a long way to go.

In its judgment on Bosnia and Herzegovina, the Commission photographs the reality of a dysfunctional country, with a blocked Parliament, fourteen months of negotiations to reach a government, a constitution considered incompatible with the European Convention on Human Rights, and difficult inclusion of civil society in the dialogue with institutions. Administrative and judicial reforms also languish, such as the fight against corruption and organised crime, while some positive notes come from the reforms in the economy and the active role in regional cooperation.

Also for Kosovo, the past year has brought little progress on the path towards the EU. The country has in fact gone through a long series of political upheavals, with early elections, the difficult creation of a government that then sank in the middle of the COVID-19 pandemic, and the indictment of President Hashim Thaçi for war crimes. Such a flurry of events left little room for reform, despite the "limited progress" in the economic sector and the fight against corruption and crime. In the special chapter of relations with Serbia – marked in recent weeks by the economic normalisation agreement signed under the aegis of US President Donald Trump, the Commission welcomes the resumption of the dialogue facilitated by the EU, closing with words that have now become a true mantra: to move forward on the path of integration, Kosovo and Serbia must reach a "comprehensive and legally binding" agreement.