European Parliament and the Western Balkans: I wish I could 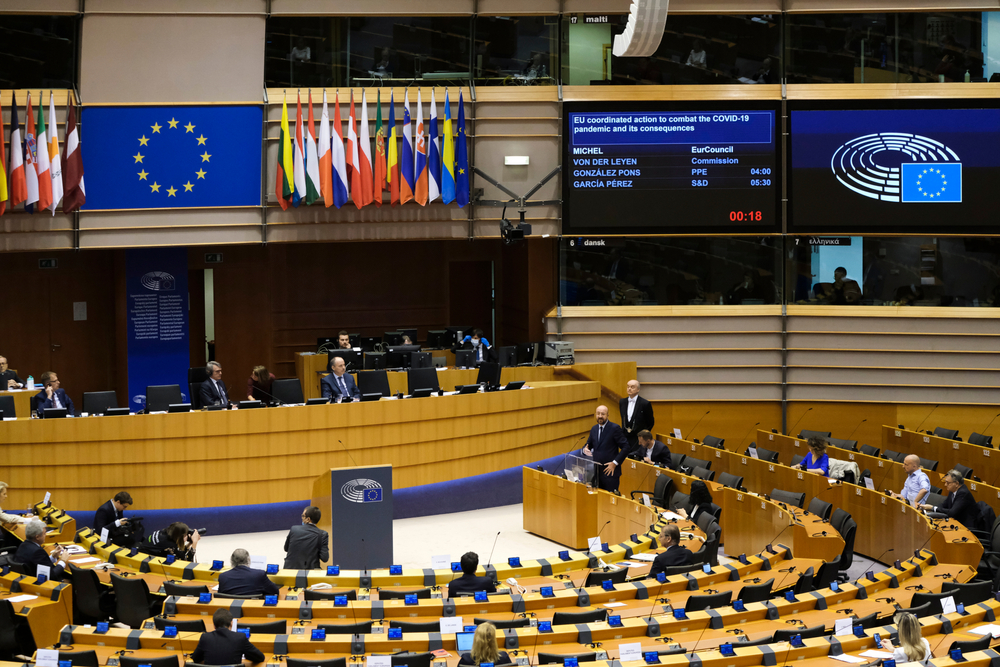 The European Parliament during a plenary session © Alexandros Michailidis / Shutterstock

In the plenary session of yesterday, 25 March, the European Parliament passed resolutions on Albania, Kosovo, North Macedonia, and Serbia in an enlargement perspective. But many important representatives were absent from the parliamentary debate

The enlargement of the EU, in the words used by Emmanuel Macron when referring to NATO, is clinically dead or is fading into the indifference of the most important capitals of the Old Continent. More proof, should it be needed, came at the plenary session of the European Parliament that preceded the vote on the resolutions for the Balkan countries (Albania, Kosovo, North Macedonia, and Serbia) on 25 March.

Among the speakers and participants in the discussion there was not a single important MEP. The lack of interest was also revealed by the almost total absence of representatives of the parties in government in France, Germany, the Netherlands, Spain, Italy, and all the Scandinavian countries. The only two exceptions confirming the rule were Marion Walsmann (CDU Germany) and Fabio Massimo Castaldo (Movimento 5 stelle).

The discussion was monopolised by MEPs from Eastern European countries, plus Austria, and by sovereign, populist, and Eurosceptic parties. The former sought to promote national agendas and interests in the Balkan region, the latter reiterated their firm opposition to the idea of ​​enlargement. The only novelty was a strong cross-cutting campaign by Bulgarian MEPs to sue North Macedonia for the alleged discrimination of Bulgarians.

On the other hand, all the Portuguese EU presidency and the European Commission could do was to present the wish list that almost always ended with the wording "as soon as possible": from the opening of negotiations with Albania and North Macedonia to accelerating negotiations with Serbia and visa liberalisation for Kosovo citizens.

The demands and criticisms addressed to the candidate countries have not changed either, as if they were a copy-paste of the various resolutions of the European Parliament: strengthening the rule of law, independence of the judiciary, fight against corruption and organised crime, media freedom, inter-party dialogue, economic reforms, strengthening administrative capacities... The only difference perceived between the various Balkan states lies in the alignment with EU foreign policy: on the one hand we have Albania one hundred percent in line with European foreign policy, and on the other is Serbia, below 50 percent.

“I have a strong feeling that the EU is losing the Western Balkans. The momentum created by the decision to open negotiations with Albania and North Macedonia crashed into the Bulgarian veto, and the Covid pandemic has exacerbated some existing trends, amplifying – also due to the geopolitics of vaccines and infrastructures – the role of China, Russia, Turkey, and the United Arab Emirates, ready to take advantage of the political vacuum – at least in terms of the perception of our partners – left by the EU. We need a change of pace, we need decisive actions so that this disaffection does not become real alienation”, warned Fabio Massimo Castaldo, Vice-President of the European Parliament.

Isabel Santos, the European Parliament rapporteur for Albania, made it clear that Tirana, despite the progress and homework done, may see the opportunity to start negotiations with the EU vanish – once again. "We must act by putting European interests above the interests of some countries or some political factions", declared the Portuguese MEP, addressing in particular Paris and The Hague, which proved to be the most hostile capitals to the opening of negotiations with Tirana.

Enlargement Commissioner Olivér Várhelyi confirmed that Albania has met the conditions set by the Council to summon the first intergovernmental conference, but could do nothing but wish for the European Council to give the green light "as soon as possible".

Green MEP Viola Von Cramon-Taubadel, rapporteur for Kosovo, stressed that the countries of the region have a positive attitude towards the EU: “But we cannot take this for granted and forever. If we do not keep our promises, we will lose our credibility and their trust. The Council must liberalise visas and I would like Parliament to put pressure for this decision”, added Cramon-Taubadel.

In this case, Commissioner Várhelyi gave Pristina at least one practical and concrete piece of advice: “The Commission shares the position of Parliament. As you know, however, the decision must be taken by the member states and the Council. We encourage the Kosovar authorities to contact member states so that they can dispel their last doubts”.

Ilhan Kyuchyuk, rapporteur for North Macedonia, called on Macedonian politicians to refrain from nationalist rhetoric that can foment clashes and try to find a bilateral compromise with Bulgaria. The deputy from the Renew Europe group appealed to the Council to open negotiations with Skopje as soon as possible, "otherwise the credibility of the entire accession process is jeopardised".

The Portuguese presidency of the EU responded by voice of the undersecretary for European affairs Ana Paola Zacarias: "The Portuguese presidency is trying all the ways to summon the first intergovernmental conference as quickly as possible with North Macedonia". Commissioner Várhelyi encouraged Skopje and Sofia to redouble their efforts to find an acceptable solution to the bilateral issues. Sofia's veto, motivated by panbulgarism, is the reason why Skopje has not yet opened accession negotiations.

It is on Serbia that the various parliamentary groups, apart from the attacks of Bulgarian MEPs against North Macedonia, have clashed the most. Rapporteur for Serbia Vladimir Bilcik, Commissioner Várhelyi, and several MEPs defended Belgrade or at least tried to smooth criticisms of Serbian President Aleksandar Vucic's abuse of power.

Bilcik explicitly pointed out that MEPs cannot focus only on specific cases, but must push for a change in the system. The Slovak MEP, recalling some sensational cases of corruption, abuse of power, and attacks on journalists and NGO activists, wanted to specify: "All this is unacceptable, but I hope that all those who criticise the situation of journalists in Serbia will do the same thing when it comes to Malta or my country, Slovakia. We must have the same standards for everyone, what applies to Serbia applies to others”.

Shadow rapporteur for Serbia Cramon-Taubadel takes the opposite view: “The Serbian president can and must use the two-thirds majority in the Serbian parliament to push through necessary and painful reforms. Unfortunately, in recent times we have seen the abuses of power by President Vucic. There are attacks on opponents, journalists, activists. Political debate can be controversial at times, but hate speech and orchestrated attacks are not tolerable".

The only strong criticism from the speaker of parliament was related to the fact that Serbia is poorly aligned with EU foreign policy and that Chinese and Russian disinformation finds fertile ground in Belgrade. “Facts must follow words. Serbia has to change its foreign policy if it wants to progress towards the EU", said Bilcik. Even the Portuguese presidency of the EU Council reaffirmed that Serbia must align itself with EU policy. Commissioner Várhelyi insisted that Serbia should be encouraged to accelerate its path towards the EU because it is fundamental for the stability of the region: "There are three complementary things on which we must focus in the relationship with Serbia: reforms, negotiations of accession, and a positive conclusion of the dialogue with Pristina”.

Concluding the discussion on the Western Balkans, Commissioner Várhelyi indicated that the key to the enlargement process is in the hands of the EU member states: "The region is fully committed to the European path. Now the time has come for us to do our part. This Commission is strongly committed, but we need the support of the member countries to be able to make rapid progress”. An invitation that will probably fall on deaf ears, at least until the next presidential elections in France in spring 2022.