Kosovo, Brussels, and the enlargement process 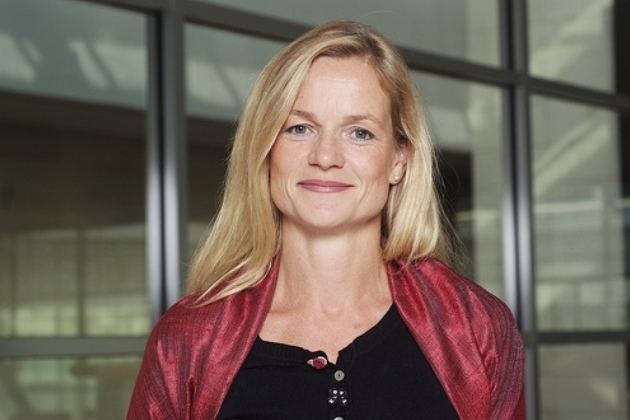 Viola von Cramon-Taubadel is a German Green/EFA Member of the European Parliament. Former Member of the Bundestag, last year she was appointed standing rapporteur for Kosovo by the Foreign Affairs Committee. In October 2019 she headed the EU Election Observation Mission for the general elections in Kosovo. She is also Vice-President of the EP Delegation for Relations with Ukraine and a leading member of the Democracy Support and Election Coordination Group of the European Parliament. Here is the interview she gave us on the EU enlargement process in general and on the recent developments in Kosovo.

Enlargement has been the "success story" of the EU's common foreign policy. Over the last few years, however, this policy has been slowed down and today it appears to be on hold. The final document of the recent EU-Western Balkans summit does not even mention the word "enlargement". What would you say to the people of the Western Balkans who are more and more frustrated by the EU's attitude? Coming from the Green group, which is the most supportive of EU enlargement in the European Parliament, what initiatives should be taken to restore the credibility of the enlargement process?

I can understand very much the frustration of the people of the Western Balkans. The integration has been slowed down in many senses. Of course, the most important thing is the enlargement process itself, but this is a more complex issue. If we look at the Kosovo visa liberalisation process, this has also stopped. We demand from the countries of Western Balkans to deliver in a number of issues and policy areas, then we do not even say that enlargement is an option. We are losing our credibility. Unfortunately, a few member states have slowed down this process because of internal political reasons. It has often less to do whether the potential candidate or candidate countries perform better or worse. And this is not always a fair process, but nevertheless it does help when all the states in the Western Balkan push for more domestic reforms such as independence of the judiciary, a strong and independent media sector, and a pluralistic, multiparty democracy.

When do you plan to release your first report on Kosovo in the European Parliament?

If it were up to me, we would have already released the report. Unfortunately, the European Commission has been postponing its country report, which is traditionally linked to our work. First it was postponed just to spring, then we talked about June, then July, and now we are expecting it for September. Of course, this delay is partly because of the COVID-19 crisis. Personally, I think it is a very important instrument in the hands of the Commission and also for the European Parliament to adopt our report, that is why I hope we will soon have a real final date, but after a while we will not wait for the Commission and we will adopt a report in the EP in 2020.

Kosovo has just overcome a delicate institutional crisis. The newly formed government led by Hoti is based on a shaky coalition that excludes the most important party. Do you think this weakness could affect relations with the EU? How can the Kosovo government resume the dialogue with Serbia without the backing of a large part of Kosovo society?

This situation was indeed a very delicate issue. The whole confusion became apparent because the Constitution itself is not clear, and the previous decisions of the Constitutional Court did not point to a clear direction either. But now we have the government of Mr. Hoti and we need to see what it can achieve. And when it comes to the dialogue, the new government was very clear that it wants to involve other political parties as well, Mr. Hoti knows very well that a successful outcome will require broad support, and he is trying to get it. And let's be clear, from Belgrade's side we cannot expect any involvement of other stakeholders or opposition forces.

The EU is by far the largest donor in Kosovo, over the last years it has invested over 3 billion Euros. What is your evaluation of the EULEX mission and do you see any further reason for the extension of this mission? In Kosovo most people ignore the financial efforts of the EU in the area. What do you think the EU should do to increase its visibility and reach out to relevant public opinions?

It is a strategic mistake by the EU to let other forces shine as the only supporters of the Western Balkans. The EU does a very valuable job in Kosovo, but many of the locals do not even think of the EU when it comes to external help. We spend the most, but we are hardly visible at all. This is a competition among international actors and we are losing ground in the region, which other actors are happy to fill. The EULEX mission should definitely be extended as well, as it does a very important job in the field of rule of law and judiciary processes. I hope it can continue its work. For now, the extension of the EULEX mandate has not been ratified by the President of Kosovo which is a condition for prolongation of its work in Kosovo. Hopefully, this step will be made as soon as possible.

Why is the EU dragging its feet on visa liberalisation in spite of Kosovo having fulfilled all the criteria? Any expectations that the EU Council could give the green light soon?

I really hope the Council gives the green light in the near future. This would be very important for the citizens of Kosovo, as it has a very tangible effect on people's lives. People feel isolated while all the neighbouring countries are granted visa liberalisation. And since they have fulfilled all criteria, they did their homework, there is really no need to wait longer. So far, we have failed to deliver for almost two years now. How can we ask anything else regarding domestic reforms, when we do not keep our promises? This worries me a lot, and I am trying to convince other actors and colleagues from more sceptical member states, but unfortunately it is not up to me, it depends on the Council. I hope that under the upcoming German presidency we will finally move forward.

As regards the recent institutional crisis, don't you think that President Thaci's active role in replacing Kurti's government was at least inappropriate?

It is not my job to evaluate whether it was appropriate or not. His interpretation of the Kosovo Constitution of course reflected his political interest. But the fact is, the Constitution was not clear on that matter, it is ambiguous and does not give any clear direction in these situations. The Constitutional Court decided in a way, which supports his understanding, and it is the basis of the rule of law that we need to accept the decision of a court. The recommendations to the next government would be to finally fix the shortcomings and the obvious contradictions of the Constitution in Kosovo so that these defects cannot be politically instrumentalised in the future.

I am a Green politician, so of course, I think these questions should be in the centre of the debate. But, unfortunately, the air quality is so bad in Kosovo that people just cannot avoid this problem anymore. Politicians need to do more. The sad thing is that Kosovo is part of the Energy Community, it committed to integrating into the European electricity market, to reduce air pollution and emission since 2005, but it does not comply with its own rules. We need to change this. Unfortunately the Energy Community, which is an international institution for the integration of the European electricity market, has no power to fine in case of non-compliance.

On the other hand, I am still optimistic. As the previous plan to build a new coal power plant by an American company has been abandoned recently, and now there is a momentum to think through what Kosovo wants in the future, I hope they do not want to tie themselves to coal.