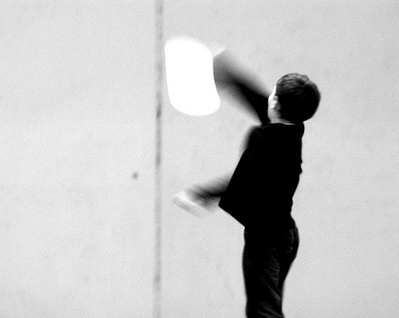 The Integration of the countries of the Western Balkans into the European Union needs a new momentum. Christophe Solioz and Paul Stubbs think that there's a need for a new summit on the model of the Thessaloniki conference of June 2003

The last twelve months have been difficult for the European Union's policy towards the Western Balkans. Slovenia held up Croatia's membership talks for ten months, Greece continued preventing the opening of negotiations with Macedonia, and several countries attempted to block Kosovo on its European path. Across the region, the receding prospect of accession has weakened the momentum for political, economic and social reform. The EU now needs to recommit to the region and reassure all its countries that they are welcome in the EU once they meet its conditions for membership. This is critical at a time of heightened economic anxiety! In turn, the governments, political elites and civil societies of the countries of the Western Balkans need to renew their commitment to peaceful transition and to European values. In order to give meaning to this renewed commitment, the EU also needs to rethink the instruments that it deploys in support of enlargement in the Balkans.

These twin goals are best achieved if Sweden, the current holder of the EU's rotating presidency, convenes a summit on the model of the Thessaloniki conference of June 2003. Thessaloniki II could serve as a venue for the members and would-be members of the EU to discuss pending bilateral issues and ensure that they do not interfere with the accession process; negotiate a joint action plan to respond to the global financial crisis; and agree a pragmatic road map for EU integration, all in the framework of stronger regional co-operation.

As immediate signals that the process of enlargement to the Western Balkans is still on track, the summit should offer candidate status to the two countries that have submitted membership applications - Albania and Montenegro - and the start of membership talks to Macedonia, a candidate since 2005. Enactment and implementation of the Stabilisation and Association Agreements with Albania, Bosnia and Herzegovina, Montenegro and Serbia should be accelerated, with a clear road map towards candidate status outlined for Bosnia and Herzegovina and Serbia. Kosovo needs an unambiguous promise that the EU will consider its membership application once it has reformed sufficiently, without prejudice for those member states that have not yet recognized its independence. After all, the EU is negotiating Turkey's accession even though several member states have made it clear that they oppose the country's entry.

The summit should also offer the Western Balkans a quick-start package to support membership preparations by giving the countries of the region access to select membership benefits starting in 2010. This would underscore that they are indeed part of Europe. The summit should decide on the immediate scrapping of visa requirements for all students and accelerate visa-free travel for all citizens of Albania and Bosnia and Herzegovina. The summit also needs to adopt measures to mitigate the effects of the economic crisis and to re-emphasise the importance of strengthening programmes to promote social inclusion and social cohesion. This includes the possibility to re-direct pre-accession funding to budget support; a requirement that loan agreements with international financial institutions be in line with accession and pre-accession priorities; and ensure high-level EU representation in missions by these institutions. Regional co-operation, including on financial and economic matters, should also be given a high priority.

A tangible commitment to a strengthened relationship between the EU and the Western Balkans would serve as a wake-up call both to the EU and the region that a stark choice is to be made: to be part of the EU or remain on its fringes. After the ratification of the Lisbon treaty by all 27 member states, which is only a formality following the signing of the treaty by Vacláv Klaus, the president of the Czech Republic, on 3 November, the EU is now in a position to offer a reasonable political perspective to the Balkans. The countries of the region must take reform seriously for the sake of their populations and not just in order to tick boxes during a technical accession process. At the same time, the blocking of negotiations as a result of bilateral disputes should be ended. Instead, a more flexible commitment to the integration of the region needs to be put in place, in which the countries of the Western Balkans play a full part in ongoing debates about the meanings of the common European Union project.

Prepared for the Friedrich-Ebert-Stiftung's conference "Are the European Union and the Western Balkans drifting apart?" on November 10, 2009 in Brussels