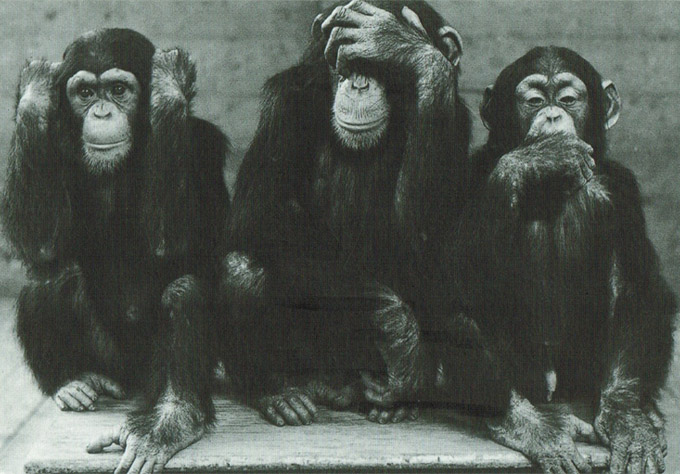 The Caviar diplomacy continues to be successful. The alarm messages arriving form Azerbaijan on systematic violations of human rights in the country are constantly dropping into the void

In an opening scene of Aaron Sorkin’s “The Newsroom” TV series, anchor Will McAvoy (Jeff Daniels) slips into a rant about why America is no longer the greatest country in the world. The impressive monologue ends with the following statement, “The first step in solving the problem is realizing there is one”. So where does this leave the world’s political leaders? Some choose to address these “problems” while others opt for dodging this distant concept of responsibility.

Ali Hasanov is a case in point. In charge of Azerbaijan’s Presidential Administration Public and Political Issues Department, Hasanov claims there are no problems in Azerbaijan and hence there is no need to deal with them. “Currently there is absolute freedom in Azerbaijan and hundreds of non-governmental organizations, media outlets operate in the country in accordance with the law, people freely express their opinion and the state fully supports the development of media and civil society institutions”, Hasanov was quoted as saying.

The tedious run-down of all the things Azerbaijan in reality does not have was aimed at the international audience and at President Obama to be precise. While addressing his audience at the Clinton Global Initiative Forum last month, President Obama, mentioned few country names. China, Venezuela and Russia made the ranks of repressive regimes and vilifying dissent but not only, as shortly after, Azerbaijan too was noted. The recent crackdown on the non-governmental organizations (those of independent affiliation) was a point of concern for Obama but baseless if taking into account Hasanov’s later statement.

“Such appeals, statements and documents, worked out on the basis of the information received from three or five people without taking into account the public opinion in Azerbaijan, the NGOs, hundreds of media outlets, are biased, groundless and subjective” charged back the head of the department.

Why so much wrath?

There is a popular saying, “the fish rots form the head”. Perhaps in the case of Azerbaijani leadership and Hasanovs alike the weight of this proverb resonates the most in the policies and recent actions, not to mention the summer of severe crackdown.

Since our last update on Azerbaijan, regional journalist from Nakhchivan and human rights defender Ilgar Nasibov was found unconscious while severely beaten in his office. Another journalist and leading columnist at “Azadliq” newspaper Seymur Hazi, was arrested on charges of “aggravated hooliganism”.

Two political activists were sentenced to pre-trial detention-Murad Adilov, member of the opposition Popular Front Party, and Khagani Mammad, member of the Musavat party. Adilov is facing 12 years if found guilty on drug possession charges. Mammad was arrested for allegedly attacking two women who in a staged plot attacked Mammad first. He is charged with hooliganism and is currently in two months pre-trial detention.

New laws have come into play preventing established NGOs from carrying out their activities by cutting off foreign aid and freezing their bank accounts. For Hasanov however, this is part of transparent legal framework in the country. “Of course the activities of the organizations suspected of violating the law are investigated and necessary measures are taken upon confirmation of the facts. Some organizations that do not comply with the legal requirements to state bodies and spend millions worth of grants received from abroad, on shady dealings, which act as the ‘heralds of democracy’ do not like that”. But no one seems to comment about GoNGOs left untouched and safely operating under the government’s warm wings.

In the meantime, one of the country’s most prominent human rights advocates Leyla Yunus faced growing intimidation and abuse from the cell inmates and prison guards where she has been since July 30th. Yunus was arrested and sentenced to pre-trial detention a day after she released an open letter addressing the President Ilham Aliyev calling for an immediate release of innocent bloggers and activists. The criticism of the adopted policies and the leadership addressed in the letter cost Yunus and her husband, esteemed historian Arif Yunus their freedom. Surely, the actual sentence left the letter out and instead chose to charge Yunus family with (as it has been the case already with many of the dissidents) economic crimes and treason.

In a recent letter Yunus managed to share through her lawyers, she describes in detail the most recent beating she had to endure from the prison guard. “He took me out of the cell while twisting my hands. He then threw me on the floor of another empty cell. He began pulling out my hair and beating me into my kidneys”, she wrote shortly after the incident. Perhaps, Mr. Hasanov would find a perfectly sound explanation to this incident too – it must be Mrs. Yunus not wanting to comply with the prison regulations.

Away from the gaze

We all are familiar with the famous three wise monkeys. Often, the absence of real actions on behalf of Western actors towards Azerbaijan is reminiscent of these three wise monkeys. Because, all of the above noted and more rights abuse and crackdown that goes unrecognized, is done as the leadership of Azerbaijan seeks a veneer of international legitimacy. And in many ways it has succeeded thanks to corruption, greed, and lust of its leaders and its successful billions worth of lobbying. The reality however is bleak as the petty venality of some European and American diplomats is costing many brave Azerbaijanis their freedoms.

And then there are the institutional failures, like the Council of Europe, the bastion of human rights and democracy. The latter description however only holding true for certain cases. In case of Azerbaijan, Parliamentary Assembly of the Council of Europe (PACE) failed at adopting a resolution on political prisoners in 2013 leaving the country’s leading rights advocates in shock and despair. Following this failure, the government of Azerbaijan only increased its crackdown (N!DA activists, leading political activists) and openly refutes the recently published list of 98 political prisoners while those who are in jail face atrocious conditions not to mention lengthy sentences. Surely, all of this is the result of Azerbaijan’s successful caviar diplomacy.

On October 9th, the Binagadi Court will hold the trial of Khadija Ismayil, the country’s top investigative journalist. She is facing possible arrest in a criminal libel case opened against her. It is ironic that a journalist whose work has been exposing corruption deals of government officials and most notably the ruling family, is charged with libel.

Who is next on the list of the Azerbaijani government is hard to tell. Who will be left to provide dispatches on the severe crackdown in Azerbaijan is yet to be seen. But perhaps when no one is left, caviar diplomacy charm will stop working and it will be a new page for Azerbaijan. Surely even then Mr. Hasanov will have something to say – that all of this was just a test, to show people what a real democracy under Aliyev is like…