Crackdown on human rights in Azerbaijan 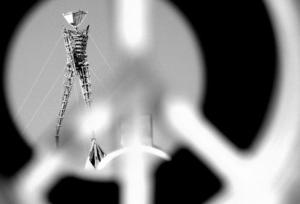 Since the beginning of its presidency of the Committee of Ministers of the Council of Europe, the continent's leading human rights organisation, Azerbaijan has been placing more and more people behind bars. A jarring contrast no one seems to notice

There were high expectations this year when Azerbaijan took over the Presidency of the Council of Europe’s Committee of Ministers, on May 14, 2014. The Council of Europe, an institution widely described as the top human rights body, believed the chairmanship would only push the country forward towards reform and democracy. Little did the Council know of what was to come in the following months of Azerbaijani chairmanship. Certainly it had not foreseen the size of the current crackdown, the arrests and the intimidation of the local civil society.

Human rights defenders, human rights advocates, journalists, bloggers, youth activists and NGO heads have all become targets of the Azerbaijani authorities in what many observers at home and abroad describe as a witch hunt. The most recent of these has been the arrest of a prominent human rights lawyer, Intigam Aliyev.

Aliyev was sentenced to three months in pre-trial detention a the beginning of the month, on August 8. His crimes are tax evasion, illegal business, and abuse of authority. His real crime however, which Aliyev also shared in a statement disseminated on August 10, is his work as a human rights defender. Aliyev is the leader of the Legal Education Society, an independent non-governmental organization engaged in the defense of human rights, preparation of strategic litigation cases, training of lawyers and human rights education.

Also on August 8, Emin Huseynov, former director at the Institute of Reporters’ Freedom and Safety (IRFS) was prevented from leaving the country at the Baku International airport. Huseynov was traveling for medical treatment. His bank accounts were frozen and the office of IRFS was fully searched with most of the documents and equipment confiscated.

Just a few days earlier another prominent human rights and free speech activist, Rasul Jafarov, was sentenced to three months of pre-trial detention on crimes similar to the ones of which Aliyev is charged of. Currently held in prison, he was the next target following the arrest of Leyla and Arif Yunus - the family of rights’ advocates notorious for their calls to the government to stop repression and abuse of rights in Azerbaijan. Jafarov arrest came on August 2, just days after he was questioned at the prosecutor office. He is the founder of the Human Rights Club in Azerbaijan and one of the coordinators of the “Sing for Democracy” and “Art for Democracy” campaigns.

It is also worth noting that Leyla Yunus and Rasul Jafarov were part of a large working group in charge of compiling the list of political prisoners in Azerbaijan.

In just one week in early August, prosecution proceedings were opened against 21 non-governmental organizations.

On July 30, Leyla and Arif Yunus were both arrested. In addition to the similar charges facing Intigam Aliyev and Rasul Jafarov, Leyla Yunus is also charged with treason.

Two brothers, Farac and Sarac Karimovs were arrested a week apart from each other and charged with illegal possession and sale of drugs on July 23. Farac Karimov was the administrator of the Facebook Page “Resign” [Istefa], set up in the run-up to the presidential elections. He is currently in three months pre-trial detention.

Hasan Huseynli, leader of a respected NGO in Azerbaijan based in Ganja, was too arrested and harshly sentenced to six years for a crime he did not commit - stabbing a man - on July 21. Huseynli’s organization was devoted to young people, helping them receive education abroad. The charge against Huseynli, according to advocates in Azerbaijan, is nothing but an attempt to further throttle an independent organization.

On July 4, youth activist and blogger Omar Mammadov was sentenced to five years in jail on charges of illegal drug possession with an intention to sell.

In June, the lawyer, and director of a law firm, Aliabbas Rustamov, also known for his critical views of the government, was charged with extortion.

A little more than a week into Azerbaijan’s chairmanship, young blogger Abdul Adilov was sentenced to five years and six months on May 27, for drug possession.

On May 26, Anar Mammadli and Bashir Suleymanli, from the Election Monitoring and Democracy Studies Center, were sentenced to five years and six months, and three years and six months respectively, on charges similar to that of Rasul Jafarov - tax evasion, illegal business and abuse of authority.

A day after its new responsibilities at the Council of Europe, the country’s court sentenced one of its journalists, Parviz Hashimli, to eight years for illegal arms smuggling. On May 13th, the court in the region of Salyan sentenced a well-known regional civil society activist, Emil Mammadov, to three months in pre trial detention on charges of extortion. Mammadov also heads a local NGO in Azerbaijan called “Promoting Democracy”.

What is the urge?

The crackdown has come in many ways - freezing bank accounts, refusing to register NGOs as well as the grants received by the NGOs, intimidation, blackmail and finally detentions and arrests. The criminal charges against the critical voices have also grown in variety, shifting from simple hooliganism and drug possession charges to more serious crimes as weapon possession, smuggling, treason, tax evasion and so on.

It seems there is even an age factor - with older dissent facing tougher and longer charges. While the older generation is charged with tax evasion and illegal business, younger activists - mostly members of youth movements or bloggers - are charged with illegal drug possession in addition to the most common criminal offense, that is hooliganism.

It is no doubt that the crackdown is the government’s attempt to silence the country’s few remaining critical voices and possibly get rid of any possible opponents capable of generating support to challenge the current authorities in or outside of the elections. This also explains the targeted arrests and the sentencing of youth movement members like NIDA, who were all imprisoned from six to eight years in May this year, just days prior to the beginning of Azerbaijani Chairmanship of the Council of Europe. With a “no man left behind” strategy, the authorities are clearing up everyone on their path towards a totalitarian leadership disguised under the all-selling “European Charm of the Orient” mask.

In total, in the span of the past three months since the time Azerbaijan assumed the seat of the Committee of Ministers, 14 people ended up in jail. Not to mention the number of those prominent individuals and activists sentenced prior to the country’s chairmanship. The list of the country’s political prisoners is growing and yet there is not one single united response or sanctions applied. Perhaps the country’s so-called charm is doing its magic.