Azerbaijan from where Aliyev stands 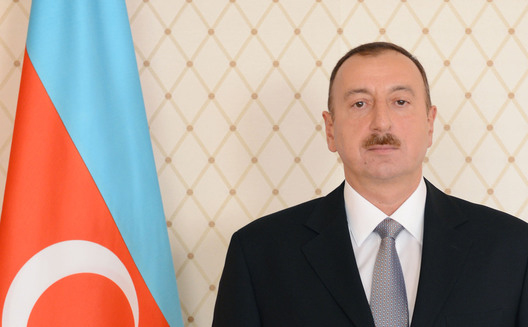 Baku currently chairs the Council of Europe, the continent's leading human rights organization, while cracking down on political prisoners at home

As the President of Azerbaijan Ilham Aliyev stood in front of some 300 members of the Parliamentary Assembly of the Council of Europe (PACE) on June 24 2014, in Strasbourg, he excelled with confidence. He was determined to fight any criticism about his country’s dismal human rights record making broad statements such as Azerbaijan being a young democracy on the way to “creating a better world for everyone to live in dignity and peace”. But while Aliyev was busy dodging questions, a group of activists stood up in protest during his address wearing t-shirts with pictures of some of the political prisoners currently in jail under pretense. Confident, he continued, “all fundamental freedoms are respected in Azerbaijan”.

While the President Aliyev was reassuring delegates at PACE of the future “modernizing plans”, back in the capital, Baku, the Court of appeal postponed yet another hearing - the case of eight young men who were convicted on May 6, 2014 to sentences varying from 6 to 8 years.

In another case, on June 10, Azerbaijan’s Court of appeal postponed the hearings of Tofig Yagublu, deputy head of the opposition Musavat Party, Ilgar Mammadov, head of Republican Alternative movement, and Yadigar Sadigov, the advisor to the head of the Musavat party, Isa Gambar. The EU describes all three as political prisoners - Yagublu and Mammadov jailed in relation to riots in the town of Ismayilli; Sadigov for assault.

According to local reports, some of the political prisoners are facing pressure in jail to sign apology letters and confess their [non] committed crimes. Some of these prisoners include the 8 young activists of the NIDA movement. One such confession came from one of the members, who renounced his membership to the movement and called on the international organizations not to consider him a political prisoner. Bakhtiyar Guliyev wrote an appeal, disseminated via the Ministry of Justice on June 2, 2014 in which he repented his “crime”, dismissing his lawyer and requesting a pardon.

Another activist facing similar pressure is the 18-year-old Elsever Murselli. Murselli was sentenced in April to five years in prison on illegal drug possession charges. Murselli’s statement addressed to several institutions including Azadliq Newspaper editor-in-chief, Azerbaijan Popular Front Party, NIDA and Press Council read of his “late realization of President Aliyev’s successful policies due to the naiveté of his young age”. Murselli in his letter accepted his mistakes, apologizing to the President himself and expressing his endless support to the policies of the president from now on.

On the one hand arrests, intimidation, and pressure against human rights defenders, journalists and new media activists continues. On the other, the reassurances of the Azerbaijani government abroad about its stellar record of human rights protection and freedom of expression in the country also continue. In fact, according to the official Baku, these are the traitors and amateurs who have no interest whatsoever in their country’s bright future.

But something is not right here. Because the list of those arrested or convicted just doesn’t stop. Among recently convicted is also Anar Mammadli - the head of the Election Monitoring and Democracy Study Center - bastion of transparent, free and fair elections in Azerbaijan. Mammadli was arrested in December 2013, following the Center’s widely disseminated election reports, and charged with a cocktail of mischiefs - from tax evasion to intentional ballot-rigging.

The report prepared by Mammadli’s Center concluded that the October 2013 Presidential Elections were not “free or democratic”. But apparently, it was Mammadli himself who managed to sneak into every polling station in the country and play with the election results as on May 26, Mammadli was convicted and sentenced to five and a half years in jail while his executive director Bashir Suleymanli received three and a half. In addition, the head of the partner organization, International Cooperation of Volunteers, Elnur Mammadli, received two years of suspended sentence.

The list goes on. Matanat Azizova, the head of the Women Crisis Center, was not spared from the list of “suspects” in Mirkadirov’s case - an Azerbaijan reporter with the local Ayna/Zerkalo newspaper who was reporting from Ankara for the last four years and who was extradited to Azerbaijan with no prior notice (his papers being in perfect order) and arrested immediately upon his return for treason.

Called in for questioning on May 2nd, Azizova decided to leave the country immediately fearing for her safety. However, her family – spouse and son - were prevented from leaving the country following her departure. According to Azizova’s mother, Mirvari Gahramanli, who is also an outspoken critic and the head of the Committee for the Protection of Oil Workers’ Rights, her daughter’s family is being held hostage in the country even though they are not suspects in the case.

Azizova too was offered a compromise - testifying against Mirkadirov - in exchange for an official registration of her NGO. Her house was searched and the employees of the Ministry of National Security took all her electronic equipment including CDs and documents.

Leyla Yunus was also briefly detained when she and her husband were on their way abroad on April 29. The couple was prevented from leaving the country and Mrs. Yunus was held at the airport for several hours with her passport confiscated (to this day) and informed she was a prime witness in the case against Mirkadirov.

Mirkadirov’s arrest - according to the senior figure at the Ruling Yeni Azerbaijan Party Mubariz Gurbanli, was for “well known reasons”. Gurbanli also commented on the recent scandal with Leyla Yunus and Azizova saying the two were simply witnesses, and by turning the questioning into such a scandalous performance they have only “interfered with the course of this case”. And yet, no officials explained the long questioning and the family being prevented from leaving the country.

Overall there has been much confidence in the short statements of the government officials explaining the “crackdown”. One such confident statement came more recently from Ali Huseynli, chairman of the legal policy and state building committee of the National Parliament on Azerbaijan’s chairmanship of the Council of Europe: “Europe should be proud that Azerbaijan, whose president is Ilham Aliyev, will chair the Council for the next 6 months!”