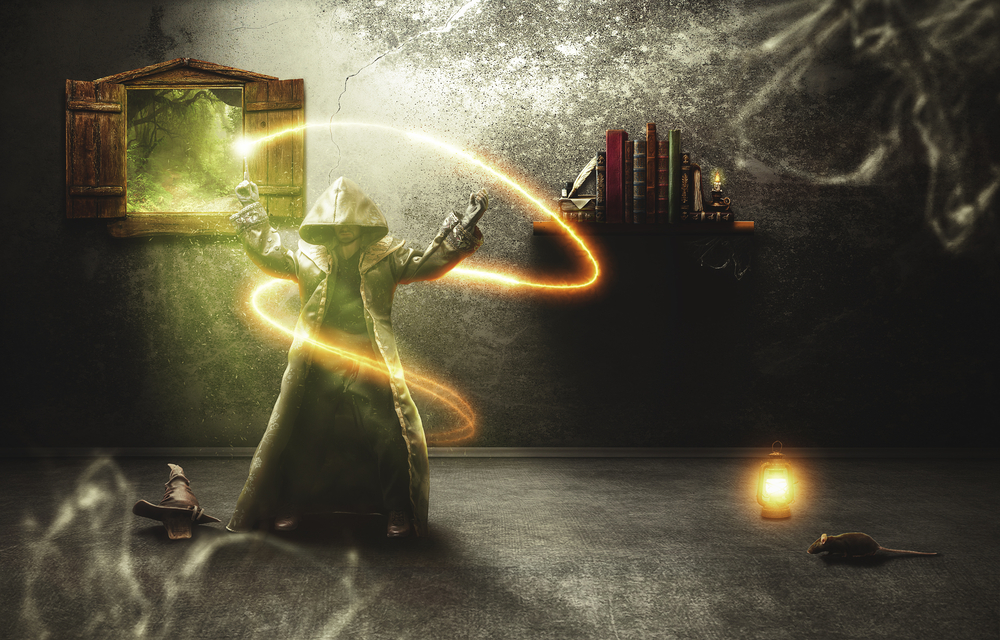 Magic is what comes to mind when trying to find the right words to describe the snap parliamentary election that took place last Sunday, February 9th in Azerbaijan

Think for a moment of a child, trying to impress an audience with a new trick. Now think of a ballot box, being emptied on a table at a precinct. The child grabs your attention, murmuring the magic words, “Abracadabra”, “Hocus Pocus” or “Bibbidi-bobbidi-boo!” and, all of a sudden, something appears on the surface in front of the child. Now go back, as you imagine the cute little child, trying to impress you with a child’s imagination, to that table with ballots, that are meant to determine the members of the next 125 seats national assembly. And there, in just a few quick seconds, new ballots appear from under the table and are swiftly mixed into the pile that just came out from the ballot box. And this time, instead of clapping and a standing ovation for the cute little trick you just witnessed, you are grasping your head, biting your nails, and yelling in disbelief because right there, in front you, an election fraud has just happened.

It is all about the point of view

At least, this how some independent observers and candidates running for Parliament felt while watching how yet another election was rigged. This is how, on February 9th, adults who at their day jobs are teachers and school principals replaced children, pretending to do magic, except, there was no magic.

One must credit the resourcefulness of the authorities. If anything, President Aliyev and the Central Election Commission (CEC) proved they had plenty of other tricks up their sleeves. Ambulance cars “hurrying” voters from one constituency to another; aggressive members of the Constituency Election Committees chocking an independent observer; dancing at a precinct to the sound of drums; election officials disappearing with ballots to a sometimes undisclosed location; resurrected voters, whose family members swore they had buried personally while the local election committee staff refused to accept the loss; stuffing ballot boxes even once the vote was officially closed, or covering cameras at precincts with papers or tape. But, let us rewind a bit.

On November 28th, Azeri members of Parliament asked the president to dissolve the national assembly, for it was unable to fully implement the reforms envisioned by president Ilham Aliyev. A week later the president, with the blessing from the Constitutional Court, signed a decree that released lawmakers from their duties. The elections, originally scheduled for November 2020, were moved to February 9th.

The 125 members of Parliament are elected from single-mandate constituencies for a five-year term. On February 9th, elections could not be organised in a total of 10 constituencies, which are territories currently under occupation due to the ongoing conflict with Armenia. Some 5.2 million voters were registered to vote [even though the number of citizens of voting age according to the State Statistics Committee, is approximately 2 millions higher]. The elections are administered by the Central Election Commission (CEC), 125 Constituency Election Commissions (ConECs), and 5,573 Precinct Election Commissions (PECs).

In total, 1,637 candidates were registered at the start of the campaign period. However, some 313 withdrew for reasons some refused to share, while others said they supported other candidates. Some candidates said they were pressured by local governments to withdraw, which is contrary to paragraph 7.7 of the 1990 OSCE Copenhagen Document and ECtHR case-law.

The former parliament consisted predominantly of ruling party members (65 seats), but that does not necessarily mean that the rest represented alternative views and opinions. 12 members representing opposition supported the majority party, while 38 independent members typically voted in line with the ruling party as well. 99 of the outgoing members of the national assembly voted in favour of the motion to dismiss the parliament. 80 former members sought re-election and, by February 10th, the CEC confirmed that 79 former MPs, who had said they were not eligible to implement the reform package, were now back in parliament.

Ruling party representative Mubariz Gurbanli said that this was still a makeover. “Having parliamentary elections and renewing the parliament doesn’t mean that all seats will be replaced [by new people]. This cannot happen. Renewal means new people, new forces. I am confident that the makeover, change of people, will show itself. And that parliament will work faster now to carry out reforms”. Gurbanli failed to explain how this fast pace will take place exactly, when the same MPs who requested to be dismissed are now back. He also dismissed reports of violations and vote-rigging as nothing but an attempt to tarnish the country’s image.

One of the early violations of the Election Code was pointed out by the independent observers reporting on the transparency of ballot boxes, or lack thereof. Head of the CEC Mazahir Panahov said this was not true, as all of the boxes were transparent as prescribed by the law and, if someone did not see a transparent box, it is because of their point of view.

During the press conference on February 10th, the international observation mission also noted that there was limited space for women, as not only were they underrepresented in public and political life, but no legal requirements were in place to promote women candidates. One reporter from pro-government Xalq [The People] newspaper, seemingly unhappy with the conclusion, reminded the observer that Azerbaijan was the first country to give women the right to vote. This is a fact, and one Azeri women are proud of, but it does not explain why there are no relevant legal conditions encouraging more active political participation or Azerbaijan’s poor ranking when it comes to combating domestic violence and fostering gender equality.

Another journalist from the same newspaper contested the mission’s evaluation of the election code, noting that all of the amendments to the existing election code were made in accordance with recommendations of the organisations present in the room as well as the Venice Commission. Therefore, their criticism of the existing code should be self-reflexive, since the national code was based on their recommendations. And once again, while it is true that Azerbaijan’s election code has been revised, none of the revisions have addressed long-standing recommendations of the ODIHR and the Venice Commission related to freedoms of assembly and expression, independence and impartiality of the election administration, campaign funding, the media environment, and candidate registration.

And yet, despite the widely reported violations, some of the candidates do not regret participating in the process on February 9th. Turgut Gambar, an independent candidate from the political block “Movement”, said that although the voting, and tabulation, showed that the authorities had no real intention to change or reform, participating was still the right decision. “As always they carried out a sham election. They appointed more or less the same people anyway [...] I am certain that rather than sitting idly, participating and using this small window of an opportunity was the right decision”.

Similarly, human rights lawyer and independent candidate from the same block Samad Rahimli said that “the decision to run in this election was the right step. Even if we knew there would be a fraud. It was important to participate and continue participating in the next elections too. Because not all political change happens overnight”.

Others were more pessimistic. Commenting on the election, veteran political observer Altay Goyushev saw this election as a sign of catastrophe. “Who will have to pay for that [catastrophe]? Those who falsified this election. I have been observing general intellectual, cultural, aesthetic, and other kinds of degradation in our community. This KGB-style, individualistic management system would have never brought enlightenment to individuals. Because at its heart, it was leading a collective degeneration policy instead. And the results are in front of us. Even the teachers have become collective degenerates”.

For president Ilham Aliyev, these were successful elections that showed the will of people. But who does the president refer to here is rather hard to understand when half of the voters did not show up and, even where they did, there was a discrepancy in the number of registered voters. For that indicator in over half of the constituencies deviated from the average by more than what the law allows for, effectively undermining the fairness of the vote. Or perhaps the president alluded to the skilled ballot box stuffers and participants of the carousel voting - the repeated voting. He may have also referred to the members of the Constituency Election Committee, as they did an outstanding job preventing observers and journalists from doing their job, at times even practicing their wrestling skills. Yes, if these are the people, then they did show their will. For the rest, including many independent candidates and believers in democratic reform, the parliamentary elections of February 9th crushed yet another hope with what seemed like a cheap magic trick.