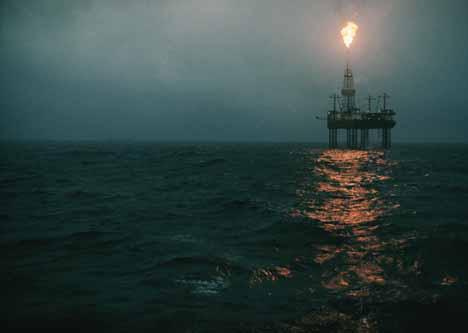 Oil and Politics in Azerbaijani history. The ambiguous effects of oil-related income in the modernization of the country and in the strengthening of an autocracy close to the West but hostile to freedom of expression

The 7th of December 1918 is an important date in the history of Azerbaijan, marking creation of its parliament, which reflected inclusive and liberal policies of the independent republic. The oil rich Azerbaijan has the past, which is quite different from its present. Azerbaijani citizens take their pride in the fact that their fathers founded the first democratic republic in all Muslim world. Indeed, created in 1918 against the background of most dramatic events in the Caucasus, so well described in the book by Kurban Said " Ali and Nino", the Azerbaijan People's Republic proved a successful example of modernization of the population with predominantly Muslim shia traditions.

The parliament of the first democratic republic, which announced its independence on the 28th of May 1918, represented all the minorities and nationalities living in Azerbaijan, including Russians, Armenians, Jewish, Germans, Poles, Georgians. It adopted a liberal legislation, granting equal rights to all citizens regardless of their gender, social, national or confessional identity and guaranteeing freedom of thought, conscious and press, and most importantly, had a significant impact on the reform process both in the region - in Turkey and Iran - and beyond it. The private oil magnates, originally peasants of Absheron villages of Azerbaijan, theater, hospitals and secular schools for girls, and financed reform oriented and liberal publications not only in Azerbaijan and the region, but in as far as in India and Egypt. The Red Army occupation of the Caucasus in 1920 put an end to the unique democracy building on the borderland of Europe. More than 20, 000 people died defending the republic from the Russian occupation. The revolts and resistance movements lasted into the 1930s.

The memories of the founders and legacy of the republic were strong to survive 70 years of Soviet totalitarianism, leading mass protest meetings in the Freedom Square in Baku in the end 80s and early 90s and bringing to power Popular Front with the agenda of democratization.

The 90th anniversary of the formation of the first democratic republic in the East has not turned, however, by the officials in the series of widely celebrated events, except for the official holiday on the 28th of May, in contrast with the new holidays related to the late president Heydar Aliyev, former KGB boss, who replaced in 1993 the scholar and dissident president Elchibey. The official media devoted the whole issues and programs to commemorate the 5th year of H. Aliyev's death on the December the 12th., who was called "the father of Azerbaijan's independence". During the term in office of his son, who succeeded him in 2003, the resources has been extensively directed on commemorating of the late president's images. The whole year of the 90th anniversary of the ADR, in the eve of presidential election, where Ilham Aliyev was re-elected for the second term, was marked by the incumbent's travel to the regions, where he inaugurated monuments, parks, museums, schools named after his father.

This contrast might be connected to the different role of oil and the nature of relations between the political and economic power in two historical periods of the country.

While in the early 20th century the oil helped local private actors, who got an access to oil through open sales, to lead processes of modernization and liberation in the country, a century later it enhanced consolidation of the Soviet legacies in the form of personality cult through state ownership of oil and influx of foreign investments.

Post-Soviet Azerbaijan is called an economic success story. For a few years Azerbaijan has had an impressive economic growth hitting 32% in 2006. Its rich oil and gas resources indeed played an important role both in softening shocks of transition and turning into a key actor in geopolitical re-orientation of the Caucasus. State control over strategic resources - oil - allowed the late president to consolidate political power, while leadership capacities to survive enormous pressure from the side of the ambitious regional powers. The merits of the Azerbaijani leadership, who created conditions for the Western investors by signing the contract of the "century" in 1994 and promoted the oil pipeline bypassing Russia Baku-Tbilisi-Ceyhan, made sure that the political support from the side of Europe and the US would endure. Azerbaijan's joining the Extractive Industries Transparency Initiative and establishment of the State Oil Fund was met with appreciation by the international organizations and foreign observers.

At the same time, by widely shared opinion, oil helps the government to get away with systematically flawed elections, affecting their softer assessment by international observers. In spite of the fact, that the most recent presidential election was, by the opinion of the opposition newspapers and independent observers, " the first of a soviet type since independence" , as with major opposition parties boycotting it was run without alternative, the OSCE /ODIHR preliminary statement, while noting violations, marked its "considerable progress", reflecting yet another compromise arising from the struggle around the oil rich state.

The rents from oil sales give the government resources to strengthen political patronage, consolidate control over media, buy off political support both internally and externally, raise salaries of the police and security. In the oil rich state the regime is trying to silence reporters, keeping three most prominent journalists and editors - Eynulla Fatullayev, Mirza Sakit and Ganimed Zahid - in prison, while limiting significantly freedom of assembly for opposition political parties.

Full centralized control over oil resources by one small group of people, or one person, in official power, as reflected in the state ownership, sometimes is argued and justified by the current representatives of "realists" in international relations and local ruling elite to be the best political arrangement to provide for the survival of state in transition, where people are not "ready for democracy".

The history of Azerbaijan proves that the alternative is possible, as the end of the first Democratic Republic in 1920 came not as a result of the internal collapse, but due to the geopolitics and undeterred ambitions of the Northern neighbor.

The place in the downtown Baku square, which has been assigned for construction of the monument of founder of the first independent Democratic Republic of Azerbaijan, the leader of the historical Musavat Party Mammad Emin Rasul-zade, could have turned into a Statue of Freedom for Azerbaijan. In spite of the resistance and pickets of the youth movements, the authorities did not keep their promise and built instead the fountain, symbolically reflecting the unlikely mix of oil and democracy.