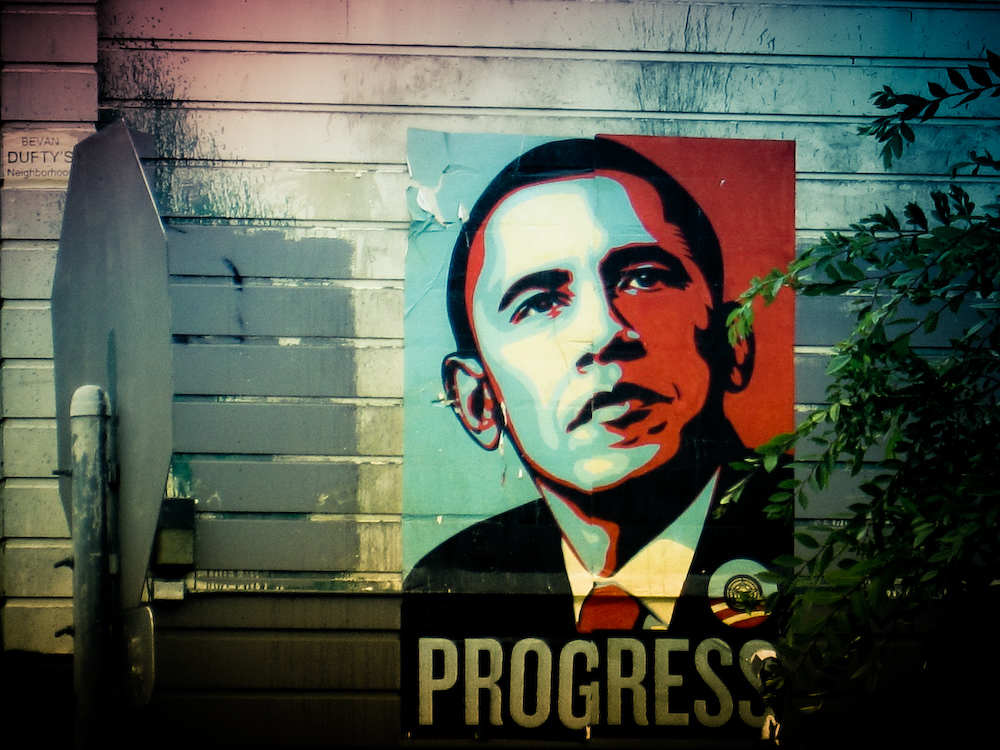 The United States’ willingness to overlook Azerbaijan's democratic and human rights records was revealed by the recent visit of Secretary of State Clinton to Azerbaijan’s capitol, Baku. Azerbaijan has become more important, not only as an oil and gas-rich country, but also for the transit of troops to Afghanistan

When Barack Obama declared Azerbaijan as one of the world’s worst violators of freedom of press in April 2009, the already fragile relationship between the two countries became even tenser. In 1992, in the early days of Azerbaijan's independence, the tensions started as a result of the Armenian-Azerbaijani war over Nagorno-Karabakh, where Armenian forces came to control about 20 percent of Azerbaijan's internationally recognized territories. In the summer of that year, the US Congress passed Section 907 of the Freedom Support Act, which stipulated that the US government could not directly aid Azerbaijan's government, despite US support of neighbouring Georgia and Armenia. The decision raised doubts in Azerbaijan of US impartial involvement as a peace broker in the region and member of the OSCE Minsk Group. Also, some in Azerbaijan saw for the first time that it cannot trust the USA because of the strong Armenian lobby.

During the next 18 years, the intergovernmental discourse took the form of the usual political joint statements and speeches that used the right words: enduring partnership and strategic allies.

However, absolute success in mending the “broken heart” was never achieved because the mutual recriminations continued, and more so because of action on Azerbaijan’s side. In 2005, following US support of colour revolutions in Ukraine and Azerbaijan’s next-door neighbour Georgia, Azerbaijani authorities tried to ensure that nothing similar would happen in their country.

The relations continued to deteriorate after intimidation of the staff of the Baku branch of National Democratic Institute (NDI), a non-governmental organisation from the USA. The Azerbaijan government even accused NDI staff of trying “to overthrow the state”. The government rigged parliamentary elections in 2005 and shut down Voice of America, BBC and Radio Free Europe radio broadcasts in 2008.

The seriousness of the situation became clear in the yearlong delay of appointing the new US Ambassador to Azerbaijan. The US embassy “forgot” to pass on an invitation to President Ilham Aliyev for the Nuclear Security Summit in Washington in 2010. Finally, most recently, the Washington Post published an article explicitly putting Aliyev’s family under the spotlight. The article claims that Aliyev’s three children (including his now twelve-year-old son) owns 75 million dollars worth of real estate in Dubai.

In return, Azerbaijan successfully managed to sabotage President Obama’s initiative on mending Turkey-Armenia relations. It successfully pressed Turkey to publicly include resolution of the conflict over Nagorno-Karabakh as a precondition to continuing the Turkey-Armenia rapprochement and thus stalling eventual opening of Turkey-Armenian borders that were closed in 1993 as a sign of solidarity to Azerbaijan.

In April 2009, President Ilham Aliyev’s petulantly refused to meet US President and Turkey’s Prime Minister Recep Tayyip Erdoğan, during the historical visit of President Obama to Istanbul. He then signed a gas deal with Russia’s Gazprom.

Unsurprisingly, this behaviour results from Azerbaijan changes over the last twenty years and the country’s status as one of the fastest growing economies in the world. The country is more than just a weak state of the early 1990s. Azerbaijan now can play political games the way it wants because of its valuable energy stocks and strategic location. Even great powers like the United States must come to terms with this change.

Much has happened over the last year, including Azerbaijani authorities cancelling joint military exercises with the US, threatening to evict Western oil-companies, directing local state-controlled media to attack America’s image and, most importantly, threatening to shut a transit route to Afghanistan (according to some estimates, about one-quarter of all military supplies bound for Afghanistan come through Azerbaijan). Nevertheless, Washington still succumbs to the pressure, dismissing shortcomings existing in the country while claiming that “a lot of progress” is being made towards the establishment of a free and democratic society. 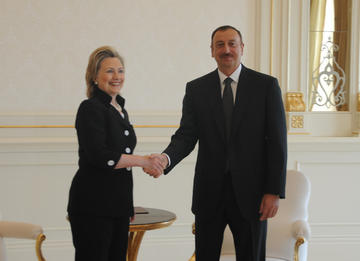 As a result, independent analysts interpreted that the use of the term “progress” by US Secretary of State, Hilary Clinton, during her most recent visit was mere support to the current authorities rather than a step forward in assisting Azerbaijan to build democracy.

Murad Gassanly in a column published on the webzine Azeri report writes, “The US government consistently backs the Aliyev dynasty, despite horrendous human rights abuses and increasing authoritarianism of the regime. Whilst Washington continues to call for greater democratisation, American leadership (including the Obama administration) embraces real politic considerations with an enviable consistency.”

On a similar note, Elmar Chakhtakhtinski, chairman of Azerbaijani-Americans for Democracy (AZAD), a US-based organisation advocating support for democracy in Azerbaijan and other countries, concludes “Now, the world’s strongest democracy, eager to secure its frail national interests, was apparently forced to soft-pedal on democracy and pay homage to the rulers of a small petro-dictatorship.”

Given the current status of the US- Azerbaijan relations, it is not hard to conclude that so long as America’s strategic interests focus on energy security (and this will probably be the case for another few decades, if not more) Azerbaijan will get a pat on its shoulder despite the number of rigged elections, human-rights violations, and journalists arrested. Of course, statements may be issued condemning all of the above, but they will be accompanied by other complacent statements praising Azerbaijan's “progress” in these fields.