Azerbaijan, where oil is not transparent 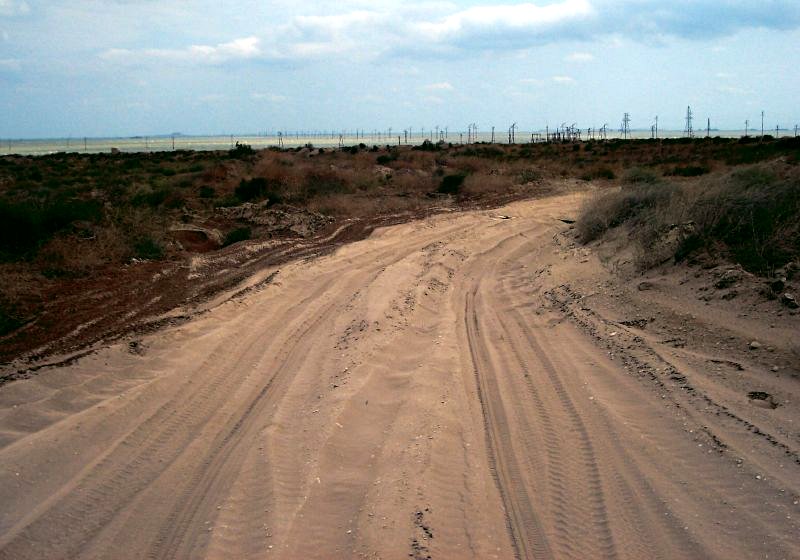 Thanks to its energy resources, Azerbaijan experienced for years one of the world’s highest GDP growth rates (+35% in 2006). A sovereign fund was established to manage these windfall revenues. International initiatives in favour of transparency keep an eye on the country’s main oil and gas company. Yet, opacity and corruption seem to be in the lead when oil wealth is spent rather than when it is accumulated

After suffering an exemplary post-independence collapse, Azerbaijan’s economy grew at an impressive pace, flooded with petrodollars. The key achievement of the 1990s was the signature of rich oil contracts between the Government and the AIOC international consortium (Azerbaijan International Operating Company). In the last decade, the turning point was primarily marked by the construction of the Baku-Tbilisi-Ceyhan oil pipeline, going down in history as the most expensive ever realized and as a central piece in the Pipeline War between Russia and the West. Between 2001 and 2009, the average GDP growth totalled an astounding 16% a year, with a peak of 35% in 2006 (the world’s highest growth rate). Among the crucial factors were an expansion in hydrocarbon production, a boost in the price of oil and gas, and an increase in public expenditure. Foreign-exchange reserves hit a record 18 billion dollars by late 2008, that is double the external debt. According to the International Monetary Fund, in 2009 the oil sector accounted for 42% of the added value and 91% of export, absorbing 84% of foreign investment. However, the experts predict a substantial decline in investments, in line with a peak in oil production to be expected in the near future, possibly even in 2012. After three years of weakened growth, ascribable to the global financial crisis, Azerbaijan’s economic dependence on oil is turning out increased even further. According to the local CESD think-tank, the oil sector accounts this year for 65% of the added value and 92% of export of Azerbaijan. Besides, 73% of the 2012 state budget – amounting to 16 trillion manats (slightly more than 15 trillion euros) – will be generated by oil. In short, the destiny of this small Caucasian country is shaped by black gold.

Historically, only the countries endowed with efficient, accountable and democratic systems succeeded in translating their oil wealth into collective prosperity and well-being, as shown by Norway’s paradigmatic experience. On the other hand, if huge profits are not accompanied by transparent government systems, the probable result is an increase in corruption, a reinforcement of the oligarchic autocracies in power, and a long-term social resentment which is likely to result in violence. In spite of remarkable exceptions, wealth produced by extractive industries tend to line a few pockets without creating enough jobs or other spin-offs with a positive impact on society.

If all the degenerations described by theory are borne out of the facts in Azerbaijan, special attention must be paid to the enduring scourge of corruption – at the root of a massive waste of oil wealth as well as at the centre of the presidential agenda. In David Hoffmann ’s view, if the Azerbaijani public opinion has not yet risen against this waste, it is above all because media were able to channel its attention elsewhere, notably into Nagorno Karabakh. Nevertheless, if tomorrow the government blundered on Karabakh, criticism on the management of oil assets would also erupt. The balance is therefore precarious and the media strategy could turn out to be a double-edged sword. A typical problem of Azerbaijan, which increases the abovementioned risks even further, is the centralization of oil wealth. The oilfields’ geographical position corresponds to the core of political power, that is the capital city Baku and the surrounding peninsula. If hydrocarbons were more equally distributed over the national territory, countervailing local elites could at least emerge. On the contrary, both the political power and the oil revenues seem to be currently concentrated in the hands of the compact Naxçivani clan – pivoted on the presidential family. There is an informal network controlling Socar (Azerbaijan’s state oil company) which constitutes the connection between the enterprise and the institutions. The current Head of State Ilham Aliyev, for instance, was Socar’s vicepresident when his father was the President of Azerbaijan. Conflicts of interest have always been patent and political rivalries have always been in the background of key oil decisions, since when – as soon as in 1996 – Rasul Guliyev was exiled on an Aliyev-sponsored charge of embezzlement as he was managing the country’s main refinery.

Suspicions on Socar’s opacity are confirmed by international monitoring. Promoting Revenue Transparency in Oil and Gas Companies, a study conducted on an annual basis by the Revenue Watch Institute and Transparency International, assesses companies according to the public results of their anti-corruption campaigns and their organizational and structural transparency. The 2011 report numbers Socar among the 8 companies out of 44 whose score in the first indicator is zero. As Gazprom (Russia), GEPetrol (Equatorial Guinea), Nioc (Iran), Nnpc (Nigeria), Snpc (Republic of the Congo), Sonangol (Angola) and Sonatrach (Algeria), Socar has not undertaken any public initiatives to fight against oil corruption. Socar’s opacity is noticeable also at the organizational and structural level (information on subsidiaries, partnerships, operational scenarios and accounts), where the Azerbaijani company holds the 33rd position, significantly worse than its Russian and Kazakh counterparts.

After all, the study unveils that unlisted national oil companies are particularly prone to organizational and structural opacity. However, several analysts underline that Azerbaijan’s accession to the Extractive Industries Transparency Initiative (EITI) entailed substantial improvements. After years of non-fulfilment, Socar aligned itself to international standards and published its budget, also agreeing to an independent audit. As a consequence, in 2009 Azerbaijan was the first country in the world to be declared fully compliant with EITI. Yet, Khadija Ismayilova, a pugnacious investigative journalist formerly responsible for RFE/RL Azerbaijan, denounces that the initiative should have been undertaken before or at least made retroactive, so that it could cover transactions executed before its launching. “Nobody knows the entity of the payments made by foreign oil companies to the Government of Azerbaijan in the 1990s, when the decisive contracts were signed” – tells Ismayilova. Grey areas chiefly relate to bonuses and downpayments. “Who conceived and applied EITI” – adds the journalist – “basically decided to indulge in previous misconduct”. In any case, even after accession, only global capital flows are common knowledge, while income and expenditure are rarely decomposed into single budget lines. Many companies voluntarily divulge more precise data, but others carry on their culture of secrecy, especially the small ones.

EITI is not the only offshoot of international advice. In order to ward off the backlashes provoked by the introduction of windfall revenues into the economy, described by the Dutch Disease theory, Azerbaijan welcomed the directives of the World Bank and the IMF by establishing the oil fund Sofaz in 1999. The institution of a sovereign fund concurs to soften the distorsion triggered off by commodities and is a wise measure in commodity-based economies. This investment vehicle stabilizes public budgets by isolating them from fluctuations, modulates resource allocation according to macroeconomic needs and constitutes a precious source of liquidity in critical periods. With the aim of inhibiting excessive appreciations of the national currency, that would depress non-oil export, sovereign funds abundantly invest in foreign currency – by purchasing highly diversified assets in wide-ranging financial portfolios. The resort to such elaborate instruments, though justified, certainly does not facilitate the task of those who want to track the destination of oil profits. Whereas the income line of Sofaz is transparent, expenditures are not. As stated by Galib Efendiyev , “there is no clear strategy right now for the money in the State Oil Fund and there is no democratic way for deciding how this money will be used. There is no input from the society on how the money will be used. One person, the president of the fund, controls [it]”. Against the law, Sofaz systematically spends all proceeds, and this will happen also in 2012. A significant part of the fund’s investment is directed towards infrastructural works, thus nurturing the shadiest sector of Azerbaijan’s economy. Corruption is structural at all levels in road works and in the beautification projects that are changing the face of the capital city. Just to mention one example, the company awarded with the contract for Baku airport’s upgrade is linked to the presidential family. Information on how contracts are awarded as well as on competitive tenders announcements is not public. Not even humanitarian projects in favour of Nagorno-Karabakh refugees are spared by the scourge of corruption: “social housing for displaced persons, almost fully funded by petrodollars” - discloses Ismayilova to Osservatorio – “have been stained by serious episodes of corruption”. The studying abroad programme is also mismanaged, so that the names of scolarship recipients are unknown.

Even if Azerbaijan’s economic performance is undeniably encouraging, it seems that the indicators fail to capture the huge waste of oil wealth provoked by a stifling corruption. As said above, we can assume that the most sensational corruption affairs do not take place in oil and gas deals, nor in the talks leading to exploitation agreements. Corruption is rather widespread at a subsequent stage – namely when oil revenues are invested in non-oil sectors. Nonetheless, we have got to be cautious in acquitting the oil sector, since the lack of big scandals can depend on the particular ability of the actors involved to conceal evidence or on the resort to more sophisticated methods. Given the importance of extractive industries for Azerbaijan, it is desirable that investigative journalism deepens its researches.