‘This is no life’: The disillusionment of Azerbaijani migrants in Poland 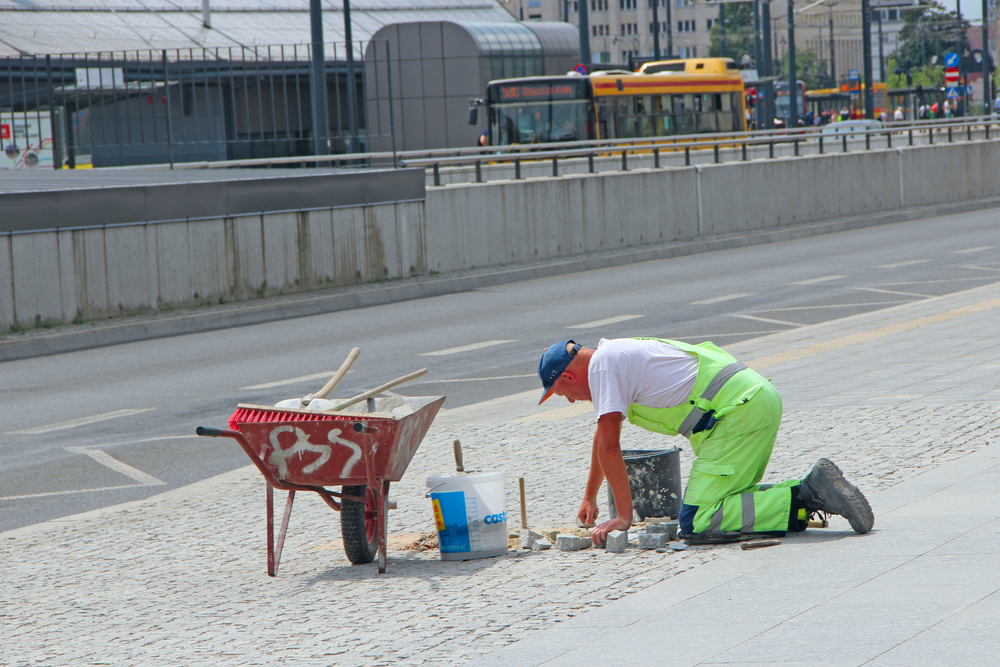 A worker in Poland (© alexmak7/Shutterstock)

Long hours, unsavoury jobs, low wages, and almost no institutional protections — life in Poland for Azerbaijani workers is far from the European dream

‘After 12 hours at work, I return back home, quickly eat whatever I have at home, and go to sleep. This is no life. My routine is the same every day.’ Such is life according to Kamran, an Azerbaijani migrant worker in Poland.

Kamran (not his real name) migrated to Poland from Azerbaijan in 2018. He is a storekeeper at a factory that manufactures parts for the car industry in the south-eastern town of Skoczów, close to the border with Czechia. He works 12-hour days, six days a week.

The factory is a melting pot of eastern European nationalities. Azerbaijanis, Ukrainians, Georgians, and Armenians work side by side. They are considered by local employers as sources of cheap and dependable labour.

Kamran resides in Skoczów with a short-term residence permit. The former journalist says he was unable to support his wife and two children on his salary of ₼600 ($350) back in Azerbaijan.

‘I had no hope in Azerbaijan. At least now I can send some money back to Baku to support my family. I hope to soon be able to bring them here.’

A recession in 2015, triggered by a sharp drop in oil prices, has led to an exodus of young men from Azerbaijan, mostly to the European Union, Turkey, and Russia. According to Eurostat, the statistical body of the EU, 30,000 Azerbaijani citizens were registered as living in Europe in 2018. This number is likely an underestimate, as data from several countries, including France and Spain, was not included in the calculation.

The vast majority of Azerbaijanis in Europe live in Germany, but Poland’s fast-growing economy has attracted increasing numbers of migrants from Azerbaijan. Official data from the Polish Interior Ministry shows a sevenfold increase in Azerbaijani citizens living in Poland in 2017 compared to the previous year.

Azerbaijani citizens are required to obtain a visa to work in Europe. Kamran explains that many of his compatriots’ visas are organised by middlemen tasked with sourcing cheap labour, who are able to do so for only around €2,000 per worker.

However, many migrant workers complain that they are not provided with the jobs they were promised before arriving in Poland. Many are pressured into employment at factories with bad working conditions they were not warned of prior to arrival, Kamran says.

‘Some factories are very harmful to human health, like the leather factory. Some Georgians employed there couldn’t stand the harmful chemicals used, and eventually fled.’

Workers are encouraged to work overtime. Agencies collude with employers to bypass Polish law normally limiting work to 8 hours a day and 40 hours a week, for this service sometimes they receive payment for each overtime hour worked by the employees — at other times, they receive a flat fee.

Few migrants in Poland see any appeal in joining a trade union or immigrant advocacy organisation, which could help them fight to improve their pay and working conditions, says Agata Zuraw, of the European Migration Network. Workers fear demanding the legal rights they are entitled to will lead to legal problems, as work permits are tied to particular employers.

‘Migrants in Poland don’t care about their legal rights. They only think about money,’ says Elshan (not his real name), a middleman in Poland who organises contracts for Azerbaijani migrants. He says around 100 migrants came to him seeking work last year. He takes a cut of contracts successfully signed with factories and construction firms.

‘Some say that migrants are cheated out of money and promised work. But in fact, they come here themselves with no job or place to live, and then find themselves surprised that they have no money.’ He says that he sometimes helps migrants pro bono.

Azerbaijani migrants usually find Elshan through ads on social networks, or via mutual acquaintances. Several Facebook groups, viewed by OC Media, offer Azerbaijanis work in factories or the construction sector in Poland. They advertise hourly wages of between 12 and 15 złoty ($3.00-$3.80), lower than the legal minimum wage of 17 złoty ($4.40).

‘Ukrainians, Uzbeks, Kazakhs, Indians, and Azerbaijanis find work in poultry farms and abattoirs, where the conditions are too difficult for locals. Poles don’t want to work there,’ says Elshan.

Teimur moved to Warsaw in 2017 with his family, with the aim of finding a better job than he could in Azerbaijan. ‘My monthly salary was ₼700 ($410). I couldn’t provide for my entire family on that amount of money. It isn’t possible.’

He initially planned to move to Canada with his family. An agency promised to help him secure the right documents and find a job, but later told him that he could only go to Poland.

He eventually found another job in the construction sector but says he was cheated out of 1,200 złoty ($300) in his most recent paycheck. When he tried to complain to the National Labour Inspectorate, the government body responsible for supervising the implementation of labour law, he said he was ignored for over a year.

Questions regarding the rights of migrant workers were addressed by OC Media to the National Labour Inspectorate and All-Poland Alliance of Trade Unions, but remain unanswered.

Dr Witold Klaus, who teaches at the Centre of Migration Studies at Warsaw University, told OC Media that the weak legal framework in Poland makes it difficult for NGOs to help enforce the rights of migrants.

Klaus says few migrants use the legal system because of the hurdles in their way. Migrants cannot participate in court proceedings if they are not in Poland at the time of the trial — while the court process itself gives no right to stay in Poland. In addition, all proceedings are in Polish and the government does not cover the costs of translation.

This year, the Azerbaijani government’s Committee on the Diaspora Workforce began providing free legal support to Azerbaijani migrants in Poland. Rasul Mammadov, a representative of the committee, told OC Media that the body has only received three discrimination-related complaints so far, although it is aware of many more.