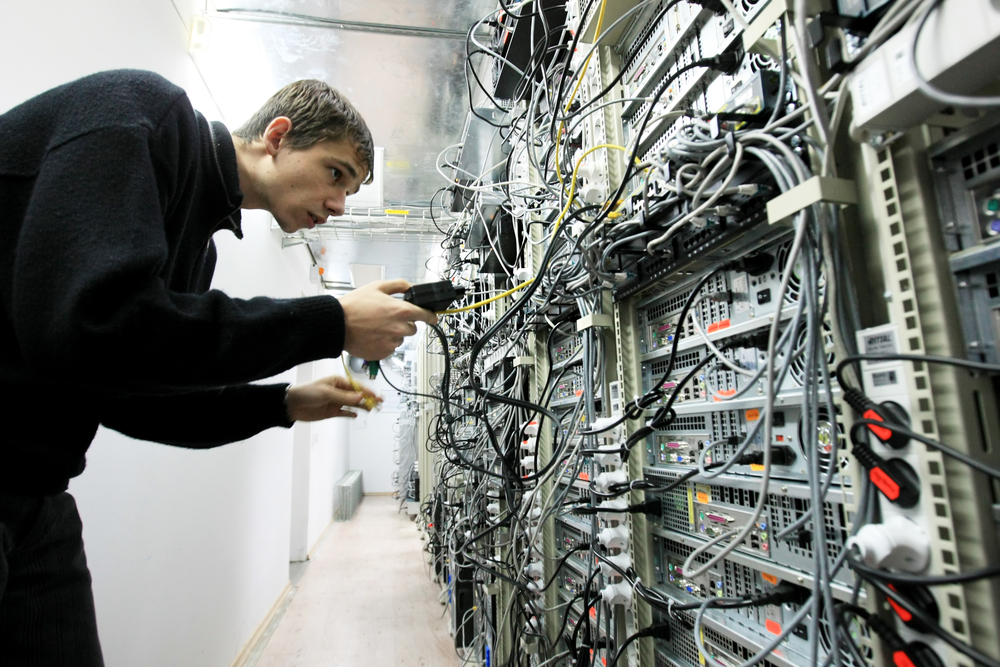 Kiev, worker of an IT company (© joyfull/Shutterstock)

Following the protests and the dramatic repression by the regime in Belarus, many decide to leave the country – including many computer scientists who are leaving for neighbouring Ukraine

(Article published in collaboration with EastJournal )

According to the last census conducted in Ukraine (2001), Belarus' is the third national community in the country, behind Ukrainians and Russians. There is talk of over 275,000 inhabitants, distributed fairly evenly at a geographical level – a sign of how over the centuries the two territories have shared common fortunes, of which the Soviet state experiment is only the best known and most recent.

From an official point of view, the Belarusian community since 2003 has been represented by the Ukrainian Union of Belarusians, which operates mainly in the cultural and linguistic sector. In addition to promoting initiatives and events in Ukraine, the Union actively represents the community in the Council that the Belarusian Foreign Ministry created in 2014 precisely for issues relating to its diaspora (Law 162-3 "On Belarusians abroad", of 16 June 2014).

The Belarusian language and culture are studied today in Ukraine at the "Taras Ševčenko" state university in Kiev, which in 2009 inaugurated a special study centre, named after poet Uladzimir Karatkevič (or, in Russian, Vladimir Korotkevič, 1930-1984), in the presence of Belarusian President Aleksandr Lukašenko. A statue is also dedicated to Karatkevich, placed in 2011 not far from the Belarusian consulate in Kiev. Belarusian is also an optional language at the University of Lutsk "Lesja Ukrainka" and in Melitopol'.

However, the political crisis that Belarus has been experiencing since August, starting with the disputed presidential elections, seems to have shaken the relations between the two countries. Also in the field of education: since early November the first Belarusian school in Ukraine has been active in an online form, strongly desired by actress and musician Anastasija Špakovskaja, who left Minsk for the neighbouring country in September. The institute relies on two private Ukrainian schools (therefore it can issue legally recognised certificates) and for the moment it uses Russian as a vehicular language, as there is currently a lack of Ukrainian teachers who are so fluent in Belarusian that they can teach the entire ministerial curriculum in this language. Belarusian however is a subject of teaching in addition to English. As Špakovskaya points out, this school is becoming ever more necessary now that, following the latest events in Belarus, many are leaving their country with their families.

Ukraine, for its proximity and ease of access, is now one of the favorite destinations for artists, intellectuals, students, and – above all – workers in the IT and technology sector.

About 1,200  programmers and computer scientists have left Belarus for Ukraine in the last three months and, with them, many companies and startups are moving their headquarters and offices elsewhere. For Minsk, where the information technology sector accounts for 22% of total exports and 6% of national GDP, it will be a serious blow. In fact, a far-sighted policy in the country – carried out by Valerij Tsepkalo, today an exiled opponent of Lukashenko – had brought in 2005 to the opening of the Belarus Hi-Tech Park, a true Silicon Valley in the heart of Europe, which over the years, also thanks to the favourable tax conditions offered, had been able to attract investors, entrepreneurs, and startups from all over the world. However, the Belarusian political instability of recent months has already caused the hi-tech companies to lose about 15 million dollars, and they are now being driven to leave the technology park in Minsk as soon as possible. Almost 45% of startups would be thinking of leaving; most look to Ukraine as a new destination.

In addition to the financial damage, in recent weeks many companies have been under constant pressure from the Lukashenko regime, still completely deaf to the demands of the demonstrators and the international community which has expressed its support in various ways (recently also through EU sanctions ), condemning the violence of the police.

In this regard, the case of the PandaDoc company, leader in the sector of electronic signatures of documents, had a certain resonance. At the beginning of September, four of its managers were arrested and jailed by the Belarusian authorities for supporting the protests; the company offered financial support to Belarusian officials who would refuse to comply with government orders. After circulating an internal survey and founding that 83% of its employees preferred to leave Minsk, PandaDoc therefore promptly decided to move its offices to Ukraine (in Kiev, Odessa, and Lviv). As the company executives admit, in addition to geographical and linguistic proximity, the tax aspect also encourages entrepreneurs to move here: income tax in Ukraine stops at 5%, while in Minsk it is 9%.

It was not only PandaDoc that publicly supported the Belarusian protesters during these three months of uninterrupted protests. A group of cyber activists, or as they call themselves "Cyber ​​Partisans of Belarus", came to form quite spontaneously. It targets government sites and makes secret data and documents available (especially relating to law enforcement agencies involved in crackdowns on protests). The IT workers, who joined the demonstrations in August carrying keyboards (white as the flowers symbolising the protests), also sent an open letter to the authorities, threatening the mass flight of specialists and experts from the world of technology – an which will determine the virtual cancellation of all the achievements made by Belarus in the sector in the last fifteen years.

In this sense, Kiev can be more than happy of this selected – and unearned – migratory flow. On the other hand, it should also be noted that the Ukrainian government was quick to take advantage of the opportunity. In August it introduced an ad hoc quota for work permits for IT sector specialists (5,000 units), who can obtain a residence permit valid for ten years for themselves and their families. In September, the Ministry for Digital Transformation, together with those of Foreign Affairs and the Economy, launched a portal with a call centre that offers 24/7 direct assistance to those who intend to move to Ukraine from Belarus. Finally, on 4 October, a decree , specifically intended for Belarusian citizens, simplified the process of obtaining a residence permit and registering as entrepreneurs.

Outside the government sphere, grassroots initiatives have arisen in recent months that help Belarusian computer scientists and programmers to move to Ukraine through the search for housing, offices, and letters of invitation. Among these is the European Association of Software Engineering , headed by Ukrainian Vladyslav Savčenko. Since August, the association has helped some 60 IT companies and 500 workers in the sector to move from Minsk to the country, both temporarily and permanently.

The value added that these new workers (and taxpayers) will bring to Ukraine will be significant, given that this is currently one of the fastest developing sectors and one that guarantees the greatest profits. Furthermore, having at their disposal an average salary far above the country's standard, these experts and their families will also benefit the country's economy as consumers.

However, Minsk did respond following the Ukrainian government initiatives that facilitate the transfer of Belarusian citizens: for the Belarusian authorities these are "hostile" actions that "undermine mutual trust" between the two countries. In the same way, the demonstrations of solidarity that came from Ukraine towards the opposition, the calls for new elections, and the debates about possible sanctions against the neighbouring country were condemned. Minsk directly accused Kiev of interfering in its domestic affairs. In response, Ukrainian Foreign Minister Pavlo Klimlin recently announced that Aleksandr Lukashenko will henceforth be called by name and surname, no longer "President of Belarus". Meanwhile, on 29 October Minsk closed its land borders with Ukraine, Lithuania, Latvia, and Poland, officially justifying the decision with the spread of the Covid-19 epidemic. However, it seems that, for the moment, the closure mainly affects incoming foreign citizens.