Ghosts at the Borders 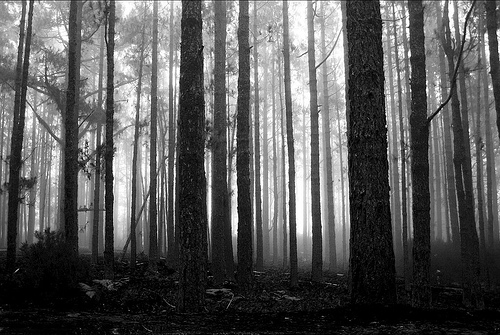 According to Tim Judah every EU foreign minister should immediately read this book. In Why Europe Fears its Neighbors, Fabrizio Tassinari talks of the EU’s anxiety about those just beyond its borders. We interviewed him here

“This is the book which all EU foreign ministers should read immediately”: Tim Judah, the Balkan correspondent for the British weekly, The Economist. The book, Why Europe Fears its Neighbors, (published by Praeger Security International and coming out in Italy soon), portrays Europe’s demographic and identity crisis and the challenges of globalisation and multiculturalism. The author, Fabrizio Tassinari, is director of the Foreign Policy and EU Studies Unit at the Danish Institute for International Studies (DIIS). In order to achieve its ambition for global power, the EU should confront the spectres located exactly on its borders. The book explores the EU’s relationship with the East and the Mediterranean, but we have asked the author to talk primarily on the challenges posed by the EU’s long eastern border.

Why this book now?

This book results from five years of work. I started by observing the “enlargement fatigue” and released the book to coincide with the new momentum from the Lisbon Treaty. First, the neighbourhood is not the same for everyone: for a Pole, the neighbour is Russia, certainly not Libya. Nevertheless, many EU members share the siege mentality: at the borders, we see migration, drug trafficking, and energy insecurity. This, however, is the moment for a new approach: rather than agonize over how to limit the enlargement, the EU should focus on practical and gradual integration of its neighbors. Enlargement, far from being a threat, has so far supported development and democracy.

Why is it important that the EU’s High Representative for Foreign Policy, Lady Ashton, chose to make her first official visits to Sarajevo, Belgrade, and Pristina?

Despite the unkind comments about Ashton’s inexperience in foreign affairs, she made an important choice to first visit the Balkans. She could have started with Ankara or Tel Aviv, but, in the medium term, the Balkans will be the test for the European Union’s credibility in international forums. By landing in Sarajevo, Ashton played a modest card in view of global scenarios, but which has the merit of being pragmatic, of having achievable goals. In addition, Ashton leads the creation of the first European External Action Service (EEAS) that will have permanent EU delegations in 136 countries of the world. We will see the results over the next decade.

Bosnia and Kosovo are two tests for the EU, where the EU invested considerable resources, not without considerable waste, with modest results so far. What are the major errors and what are their consequences?

Bosnia, in the coming months, rather than a return to violence, has an objective risk of secession. As described by the former Enlargement Commissioner Olli Rehn, the EU has to aim for “electroshock treatment” and “political demining”, which will prevent the internal infighting in Bosnia. My thesis is that the prospect of EU membership does not warm hearts without new developments in the life of citizens, such as visa liberalization. With her visit to Kosovo, Ashton sent a strong message to some European capitals, such as Spain, current holder of the EU rotating presidency and among the EU member states that do not recognise Pristina. In reality, a divided institution now supervises the independence of the new state. In addition to bureaucratic contradictions with the unjustifiable result of funding going to the wrong hands, political issues also make Kosovo a thorn in the side.

Does the EU exert sufficient pressure in the fight against corruption in Bosnia and Kosovo? The elections occur in an opaque institutional and social reality.

The pressure on Kosovo, as previously on Serbia, Macedonia, and Croatia, has not been sufficiently firm. There were reasons for greater flexibility after the arrests of Gotovina and Karadzic, but that sends the signal that the non-member governments actually pull the strings. Good governance and less bureaucracy could have avoided these errors, and it could have demanded, through incentives, or suspension of funding, progress in public administration reform, hence reducing the mix of private interests and government.

You have written that energy security, crime, and migration, are the EU’s fears vis-à-vis the East. In view of these fears, could it be helpful for all the Western Balkan countries to enter into the EU by 2014, the 100th anniversary of World War I, which started in Sarajevo?

This is not a new debate, but the so-called “regatta” model for Central Europe in 2004, that is, all together in the EU, through a process of internal competition, which rewards the best, was based on conditions now missing in the Western Balkans. Croatia, which is bound to enter in 2012, is the only certain case, whereas in the other Balkan countries, the compliance with EU standards is more dubious and unclear in the long term. Thus, I do not agree with Amato’s proposal “everyone at the same time”. It seems populist. A second hypothesis, entry into the EU with varying arrangements would mean to create accessions of Type B, for example with one country being an EU member state but its citizens not having the freedom of movement in the Union. This model is more appropriate for Turkey, not the Balkans where it would open ethnic conflict. Better to move, step by step, when the countries are ready. However, if we look at the number of these new states and their national dimensions, the Balkans is not an insurmountable challenge for the EU.

Is Turkey the major challenge?

The EU above all fears the size of the country and the cost of entry. An estimate of the annual cost in terms of EU funds necessary for Ankara’s accession amounts to 0.20 % of the EU’s GDP. If we think that the EU’s budget now is 1.35 % of its GDP, it is a substantial amount. With its 70 million people, Turkey will change the balance between the big EU states. The framework for the EU-Turkey accords already contains possible restrictions to Ankara’s full membership in sectors such as free movement of people, structural policies, and agriculture. Hence, through the mode of the varying arrangements, the Turkish request to the EU has already radically changed the mechanisms of European integration. Even though a privileged partnership does not have the same attraction as EU membership, it is good for breaking the impasse and concentrating on the potential benefits. Otherwise, the process of accession would lose ground before the ever more intense politicisation of the debate on whether or not Turkey is Europe.

Will the economic crisis stop enlargement?

It would certainly influence it. The economic crisis will contribute to creating an EU with several faces when it comes to enlargement. The issue will come on the agenda in countries such as the Netherlands in the next national elections. The fear from enlargement will always weigh more in countries with stronger migration from the Balkans, such as Sweden and Switzerland. Switzerland reacted with the anti-minaret referendum. Enlargement will suffer in the next decade but there is the need to overcome this. Different types of partnership with Brussels need to be given time and space.

Looking at the EU’s eastern partnership with the Caucasus, what levers of soft power could the EU possibly use with respect to Russia’s activity in the spheres of geopolitics and energy, and Russia’s offer to local governments guarantee the status quoopposed to the democratic progress requested by the EU?

In the Caucasus, Moscow challenges the EU at a geopolitical level and at the level of normative influence. Reform and the rule of law should be emphasised even though local heads of states do not favour it. Specific changes in the life of citizens are preferred: but the EU struggles to give visas while Russia distributes passports with both hands. The energy issue is also critical: the EU seeks market integration, whereas Moscow divides the EU through bilateral deals. In the realpolitik of the pipelines, as in the war in Georgia in 2008, Europe lost.

In addition to the South Caucasus, the North Caucasus is more unstable and yet has great expectations from the EU. What benefits can it count on?

The eastern partnership is primarily bilateral, with funding, which is in reality small, and today it deals with the waning enthusiasm for the coloured revolutions. For the North Caucasus, the funding goes primarily for cross-border cooperation, that is, to the regions, which have more legitimacy with the people than the central governments. It is complicated to include the Russians in this process. In response to the tense political and diplomatic climate with individual countries, such as Poland and Estonia, Moscow has reportedly allocated over 200 million Euros only for cross-border cooperation from the Caucasus to the Baltic republics. Cross-border cooperation can help where cooperation with states in not possible: for example, by restarting the economy of the border areas by building roads, doing a peer-review of the funds in view of the endemic corruption. For example, Kaliningrad represented a successful case, for the Polish, Lithuanian, and Russian reality, thanks to the regional funds. It was a step ahead in the reduction of the greyest area in the Russian enclave in the EU.

You have defined the eastern partnership as an “ambiguous mix”. What are the ingredients?

From the Balkans to the Caucasus, the EU risks repeating the mistakes made in Ukraine. Why did we lose it? The Orange Revolution meant free elections. Ten years ago, this was not a done deal. However, the EU was less rigorous on strategic issues, such as the energy market or corruption, which are most obvious for the citizens. And, it remained ambiguous on the issue of accession, with the door neither opened nor closed.

Why is gradual integration a guarantee against internal fragmentation of the EU?

These countries will always be our neighbours. If we ignore them, in the long run, we will have problems with internal cohesion, and as in our Russian relations, the EU will be ever more divided. We will be weaker if we do not pay attention to our borders.

Where should the EU end?

I am in favour of the Balkans, Turkey, and, in the future, also Moldova, Belarus, and Ukraine. I do not think it is possible to include the Caucasus, both for geopolitical reasons as well as reasons of domestic interest. I wouldn’t say that Azerbaijan feels attracted to the EU in the same way as Moldova.