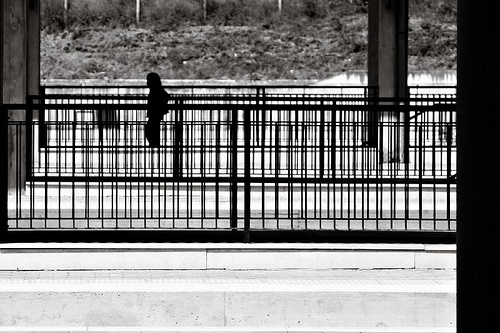 Romania’s 350,000 “white orphans” have been left behind by one or both parents, who emigrated to search for jobs and resources to grant their children a better future. During the “Left Behind” conference in May 2010 in Milan, Italy the “Albero della Vita” association presented the results of their study of the problem

After Romania’s communist regime collapsed in 1989, international attention focused on the difficult living conditions of many Romanian children locked in crumbling orphanages, left to survive on Bucharest's streets and suffering the abuses of human trafficking.

After 2004, as Romanians increasingly migrated to other EU countries, more concern developed for many unattended Romanian minors roaming the capitals of other countries (in particular in Italy, Spain and France). These children often engaged in illegal activities.

Many European countries sought solutions to this emergency. However, in Romania, the attention focused on another group of minors in a crisis: the so-called “white orphans”, migrants’ children who have been left to grow up without one or both parents.

The “Left Behind” congress, organized 26 May 2010 in Milan by the “Albero della Vita” (“Tree of life”) association, examined this issue. The goal was to raise awareness on this phenomenon among Italians.

A UNICEF study in cooperation with the “Alternative Sociale” organization indicated that in 2008 350,000 Romanian children had at least one parent abroad. This represented 7% of the population under 18 years of age. The study noted that 126,000 children under 10 years of age have both parents abroad. Another 400,000 children have suffered the absence of one parent for long periods.

The rural Romanian regions suffer the most from this phenomenon. In particular, the Romanian Moldavia, has 100,000 “white” orphans. Other regions that particularly suffer include Transylvania, Oltenia and Muntenia.

The Albero della Vita association supports and belongs to the “Alternative Sociale” association of Jassy, the main city in the Romanian region of Moldavia. For many years, the association has offered psychological support for the minors that have difficulties due to the absence of the parents.

Alex Gulei, Alternative Sociale's social assistant, explains that the problem became prominent in 2004, when the police asked the association for help because of trouble handling a new group of children and teenagers, often involved in illegal activities.

The parents’ migration has affects the children in several ways. Usually the children live in stressful conditions that can lead to the decrease of school performance and of school attendance. Some become involved in criminal activities. Emotionally, the minors are frustrated, feel guilty and are depressed. Sometimes this even leads to the extreme act of suicide.

The Romanian government has not directly had projects and funding to study this phenomenon. The NGOs have had deal with the issue alone. Alex Gulei emphasised that a positive development in 2006 was the Romanian government’s official acknowledgement that this problem existed. The government proposed a law requiring parents that migrate with a legal employment contract abroad must nominate a legal guardian for the children. In practice, however, most Romanian emigrants do not have an employment contract and their children are simply left to members of the enlarged family, without concern about their legal representation.

In the past, “Alternative Sociale” dealt with this phenomenon by adopting a social methodology directed not merely to the children, but also to the parents, to the enlarged families and to the whole community. The association offers psychological support to the children and raises awareness among the community, as well as informing the parents about the difficulties encountered by the left-behind children.

The “white orphans” phenomenon concerns mostly Romania because of recent intensification of the migratory flow. In Italy, Romanians constitute the biggest immigrant community with 796,477 people (Istat 2009) while Romania’s total population is about 22 million.

The phenomenon does not only affect Romania. This is only one side of the most complex and global migratory wave that results in new family dynamics in the context of an enlarged Europe. Evidence of the phenomenon's significance can be seen in the EU parliamentary resolution in favour of the left-behind children of European migrants. The Romanian EU-parliamentarian Rovana Plumb proposed the resolution approved in March 2009, with 579 votes for, 21 against and 13 abstentions.

Antonio Bancora, from the “Albero per la Vita” association, emphasises the importance of dealing with the problem on a European level. Most important is not focusing only on the children left behind in Romania and in other countries, but also considering the parents' lives that separated so greatly from their children.

The enlargement of the European Union results in a new family model of the transnational family. Migration within the EU will continue in future years. Workers will migrate in order to find a better future for themselves and their children. This fundamental freedom cannot be limited. Therefore, understanding must be developed on how to face this phenomenon and how to reduce the negative consequences that affect the more vulnerable parts of society, such as the children.

As part of the European Year for Combating Poverty and Social Exclusion, the “Left Behind” congress, organized by the “Albero per la Vita” association and by the European Commission – Milan Offices, gave voice to the disadvantaged group of the “white orphans” and their families.

Many Romanian parents living in Italy far away from their children participated in the congress and showed interest in the issue. They organized a petition requesting European-level concern for this crisis.

Antonio Bancora emphasised that, in this particular moment, empirical data should be gathered and analysed because the phenomenon has not yet been sufficiently studied.

Because this migratory wave cannot be stopped, understanding should be developed of the possible solutions and the good practices for the increasing cases of transnational families existing on the enlarged European territory.