Albania, all still on the European front 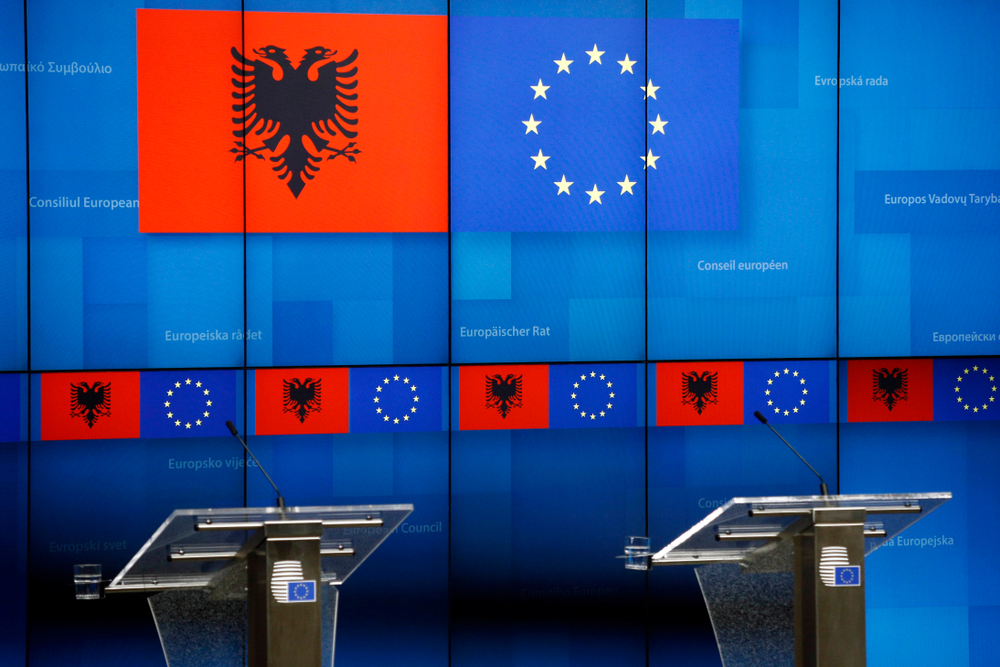 A positive assessment emerges from the recent "Progress Report" on Albania. However, the local media - compared to the past - speak little about it: there is a strong disillusionment with the failure to start negotiations

Last week the European Commission published its annual reports on the countries involved in the European enlargement. Albania too received the usual progress update for the reform agenda necessary for EU entry. Characterised by a generally positive tone, the country report acknowledged Albania’s progress, particularly in the field of justice reform and re-evaluation process of judges and prosecutors as well as in the fight against organised crime and corruption.

As far as the institutions are concerned, the European Commission acknowledges that the Constitutional Court and the High Court have formally regained the quorum necessary to hold plenary sessions (they were blocked for some time due to lack of quorum, ed). The same goes for the parliament, which is now fully representative of the will of the people as the opposition won its seats in last April's elections, after boycotting the previous round.

The elections were assessed as well-organised, albeit concerns persist with regards to the misuse of public functions and sources, allegations of vote buying, and leaking of citizens' sensitive personal data.

No progress was reported on freedom of expression and the media as well as ensuring a positive environment for civil society.

Progress on paper but not on the ground

Although in the last year the Albanian Parliament adopted a number of significant pieces of legislation on EU oriented reforms, the related impact on citizens’ daily life has been quite limited. As if accession were just about policy reforms, and not also of European values to be embraced, respected, and promoted.

The negative consequences of the pandemic still persist and Albanian society is experiencing economic hardship, increasing prices of food, and high unemployment.

In front of the several small-scale protests taking place in Tirana, the government keeps speaking a different language. At the end of September, Deputy Prime Minister Arben Ahmetaj stated that the Albanian economy has been growing by almost 18% in the second trimester of 2021, as compared to the previous year. “This increase massively mitigates the shocking effects of the pandemic and opens up a very encouraging prospect of closing 2021 with the full recovery of last year’s wounds in the economy”, he added.

Yet, only a week after this positive prediction, the government declared a national state of emergency due to the energy crisis. With winter approaching, with the sporadic cut of households’ power supply, and likely further rise of prices, debating EU integration is a luxury that not many can afford.

Although over 90% of Albanians remain pro-EU integration, the current economic struggles have affected their perception of the country’s prospects to join the bloc any time soon. In front of an intensified political rhetoric, propaganda, and recycled electoral promises, the younger generation is strongly disillusioned with the political class that has governed the country in the past three decades. The little space allowed by the political system in place makes it hard for new political parties to challenge the status quo and bring into the parliament an alternative voice.

In turn, the gradual vanishing of the EU perspective strengthens migration as a viable option for achieving better living conditions. Although the number of Albanians who applied for asylum in the EU fell by 66% in 2020, the figures remain concerning. Despite the restrictive measures to enter the Schengen area - due to the need to counter the spread of Covid-19 - almost 7,000 asylum requests by Albanian citizens have been submitted in the last year.

The Union is experiencing an erosion of its strategic influence in the Balkans and the stalling of relations is implying a damage to credibility at all levels. There is a chronic lack of political will to continue enlargement, and the main symptom is the repeated postponement of the opening of accession negotiations with Albania and North Macedonia. As time is running out for the EU to deliver on its promise, the loss of appetite is deepening on both sides.

"We have learned the hard way not to expect anything, because we have seen that the EU is not in a particularly good moment right now", Prime Minister Edi Rama told El Pais during the latest EU-Western Balkans summit held in Slovenia.

These high-level summits are turning into a grand simulation: EU institutions perform their self-criticism about the risk of losing the region, and Balkan countries feign progress in reforms and rhetorically engage in the accession process. Despite attempts to show interest in the region, member states remain hesitant to invest their political capital to unblock the situation, starting with Bulgaria's veto on starting negotiations with North Macedonia.