Albania: A step closer to the EU 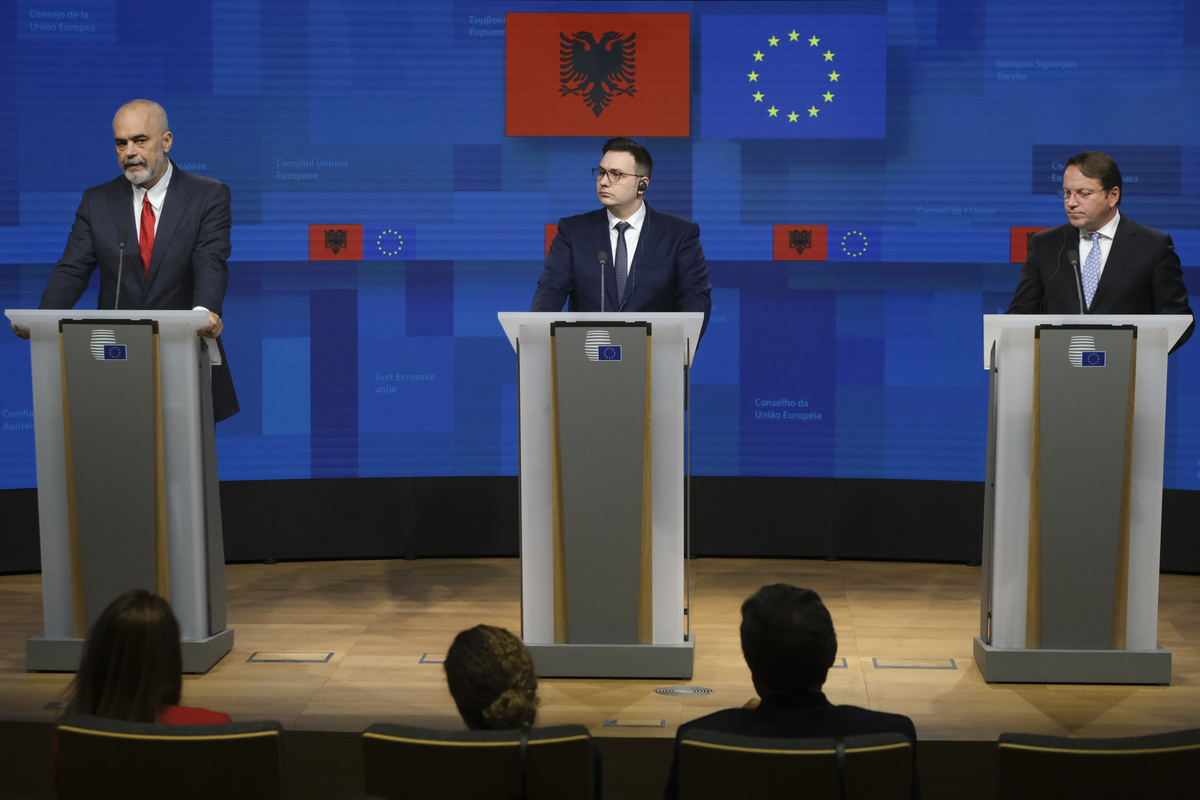 On 19 July, after eight years of waiting, Albania finally participated in the first intergovernmental conference as a candidate country for the European Union. Thus the accession negotiation process begins, but unresolved bilateral issues with Greece could already get in the way

The launch of the accession talks with the EU was received with a mix of enthusiasm and cautious optimism by the Albanian political elites and general public. On 19 July, after eight years waiting at the EU’s door, Albania finally took part in the first intergovernmental conference as a candidate country.

Constructive messages were delivered by the political spectrum, recognising the importance of this ‘historical moment’ for the furthering of democracy and economic development. “Today is a new day for Albania”, declared Prime Minister Edi Rama during the symbolic raising of “Europe’s flag” in front of the government’s building in Tirana on 20 July. “Although late, today is an excellent day for Albania, taking a new step forward”, stated earlier outgoing President Ilir Meta. “This is a milestone placed jointly by Albanians with our European friends”, he added. Opposition leader Sali Berisha, on the other hand, expressed his gratitude to the European Commission and member states for granting the realisation of Albanians’ European aspirations.

Accession negotiations will require at least a decade. As recognised by the Prime Minister during the press conference in Brussels, the launch of the intergovernmental talks is just “the end of the beginning” and the real challenges start now for Albania. Certainly, the progress pace will be piloted by the speed of adoption and implementation of the reforms as well as by the internal capacities to cope with EU market pressure. The process is expected to be longer in comparison to previous enlargement rounds, such as Croatia’s.

To-date the country is exposed to different sets of vulnerabilities which require structural interventions. The consequences of the pandemic and the war in Ukraine have affected economic growth and unemployment rates. Public debt has reached 82.7% of GDP in mid-2022 and tourist influxes are lower than the previous years. On the domestic political front, translating the required political will into a scaled-up cross-party action for the sake of EU accession remains a challenge. The past three decades have been characterised by frequent political fights and lack of dialogue, along with unstable relations between state institutions.

Parties’ political agendas and divergences have taken a toll over the shared European perspective, undermining credibility and leading to citizens’ frustration. The opposition did not attend any official ceremony in Brussels or in Tirana celebrating this important milestone.

In the upcoming months, the Commission will proceed with the screening process for the first cluster, dealing with the fundamentals, and the workload for the state institutions and public administration will consequently intensify. In front of the limited technical capacities, brain drain, and time pressure, finding a cross-party consensus on the EU agenda would certainly mark a U-turn for Albania’s negotiations.

Bilateral issues in the negotiating framework

The experience of North Macedonia has shown that the accession talks can, from now on, be taken hostage by EU member states at any stage of the negotiation talks as a trophy to sell to the domestic audience for some short-term benefits. Although in principle Albania has remained extraneous to similar dynamics with neighbouring countries, field experts are raising the attention on the dispute on maritime boundaries with Greece.

The negotiating framework has not been published officially yet, but leaks show that the chapter on ‘leading negotiations principles’ acknowledges the existence of such dispute, raising it to another level. In particular, the clause states that the settlement of the dispute includes, if necessary, also the implementation of the (forthcoming) binding decision of the International Court of Justice. From the Albanian perspective, the issue should not have been included in the negotiating framework at all, as it concerns a set of issues that stand outside the Union’s frame of competences and creates an imbalance by favouring the member state over the candidate country. A similar issue existed until 2020 between Italy and Greece, and was resolved via bilateral means without the formal intervention of the EU institutions.

Overall, Albania has agreed to bring the issue to the court, but no actions have been taken. A swift, mutually acceptable solution would certainly lighten Albania’s burden during the accession negotiations. Otherwise, this bilateral dispute risks to hinder Albania's European path, with Greece threatening to delay or block the talks at any time.