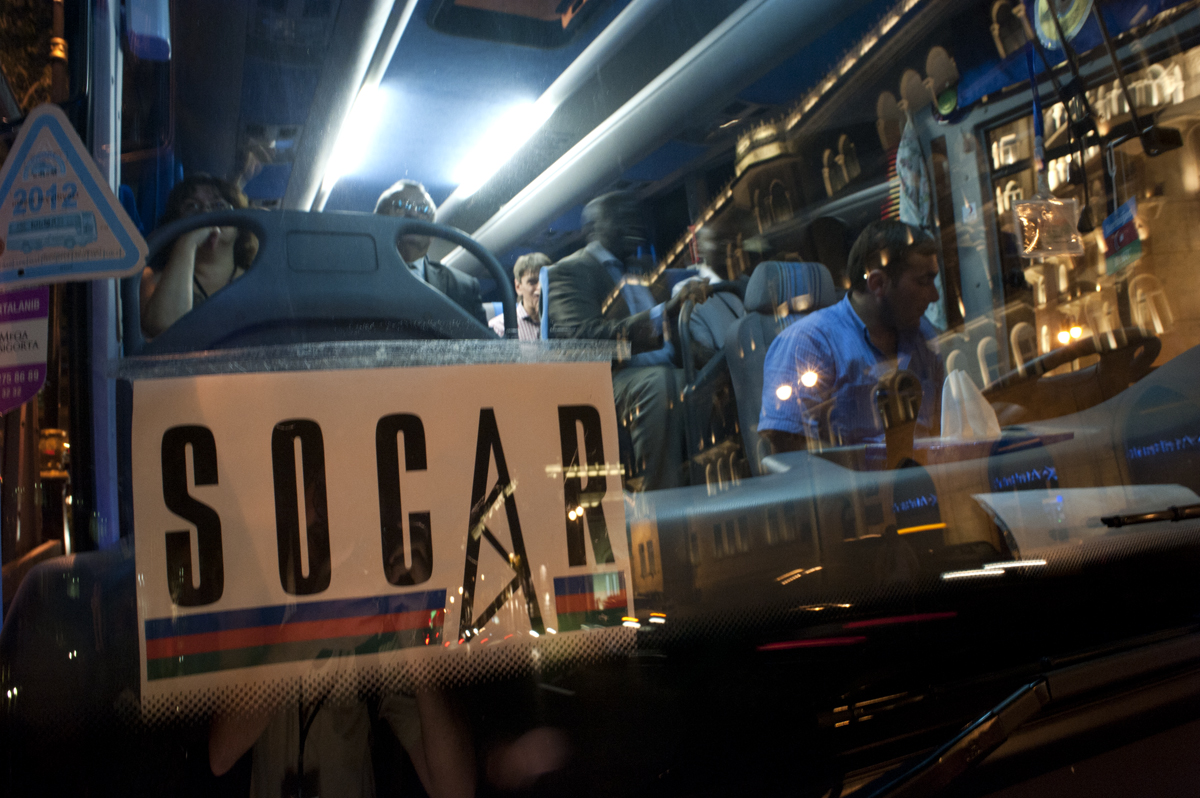 In Azerbaijan, the hydrocarbon, oil, and gas extraction industry continues to represent the lion's share of the economy. Yet, according to economist Vugar Bayramov, director of the Centre for Economic and Social Development, the mismanagement of profits and the lack of a development strategy for other sectors are likely to create imbalances in the country's economy. Our interview

The role of hydrocarbon, oil, and gas extraction is growing in Azerbaijan. To what extent does the country's economy currently depend on this sector?

Azerbaijan's economy depends on the exploitation of its energy resources. According to the Ministry of Finance of Baku, this sector accounts for over 75% of the country's tax revenue, but our estimates point to a figure that exceeds 84%. Gas and oil make up 95% of Azerbaijani exports. Only when it comes to GDP do we see a decline in the contribution of the oil sector, from 65% to less than 50% in the last three years.

What are the main challenges Azerbaijan will face in the coming years in the management of its energy resources?

The main one is the decline of oil production. The extraction peak was reached in 2010, with 51 million tonnes of crude oil, falling to 46 million tons in 2011. For 2012, a further drop is expected to 44 million tonnes. In 2015, according to our estimates, the production will fall to 35 million tonnes. At that point, if the other sectors of the economy are not developed and supported properly, this may cause a huge hole in the state's tax revenue. This risk should not be underestimated, even though the picture could change significantly with the dramatic increase in gas production expected over the coming years. With the beginning of the second phase of extraction from the Shahdeniz field in 2016, the production of Azerbaijani gas will rise from 26 billion cubic meters in 2011 to 40 billion in 2016 and to 80 billion in 2020, with benefit for the state budget.

Vugar Bayramov is one of the best known Azeri economists. Professor of economics at the Azerbaijan State Economic University, he deals with macro and micro economics, local government, and transparency in the management of the state budget. He is director of the Centre for Economic and Social Development, a leading think tank in Azerbaijan. His books include "Oil Revenues Usage Strategy in Azerbaijan".

Is there an overall strategy for the promotion of other economic sectors?

The government has stated that support for sectors other than oil is a priority. Until now, however, there has not been concrete and visible progress toward this goal.

The average salary in Azerbaijan is about $500. Oil companies are able to offer salaries ten times higher. There is therefore a "magnet" phenomenon with regard to the best intellects in the country. The oil industry, however, has a limited capacity to employ and develop human capital. Suffice it to say that it employs about 7% of the labour force, compared with agriculture's 45%. In this sense, we should do much more to stimulate resource and capacity growth in other areas of production.

In 2011, the Azerbaijani government created the State Oil Fund of Azerbaijan (SOFAZ) to collect, manage, and preserve oil revenues. How is it managed?

The purpose of a state fund is to "isolate" the economy of the country from gas and oil proceeds, avoiding imbalances due to excessive dependence on revenue from the sale of hydrocarbons. This is not what happens in Azerbaijan. The Baku government claims it applies the "Norwegian model" to the management of SOFAZ. But in Norway there are strong restrictions on the amount of money that can be transferred from the oil fund to the state, with a maximum of 4%. In Azerbaijan, there are no limits.

There is therefore a clear strategy in relations between the SOFAZ and the state budget. In recent years, including 2012, transfers from the SOFAZ coffers to the state have been over 60% of total revenue – a figure that says how much the state budget is dangerously unbalanced. If the trend continues, SOFAZ banks may remain empty as early as in 2018.

The centre you direct has repeatedly denounced the opacity of the financial management of SOFAZ, especially with regard to the items of expenditure. What is the situation today?

The amount of money spent by SOFAZ to finance various programs or projects is known. The problem is that we do not know how this money is used in detail. According to the legislation on the management of SOFAZ, one of the members of the monitoring activities of the fund should come from the ranks of civil society. The seat reserved for civil society has been left empty since the creation of SOFAZ, 11 years ago. SOFAZ simply ignores the law.

Is there reliable data on the efficiency of financial management and investments made by SOFAZ?

SOFAZ mostly works abroad; it invests in the United States and many EU countries. The smaller sums spent in Azerbaijan are mainly directed to infrastructure projects. But SOFAZ, whose leadership is appointed directly by the head of state, is responsible and reports directly to the president, not the parliament. This is certainly a problem in terms of transparency, and we have explicitly requested that the Parliament be involved. Today, civil society has no levers or tools to make its voices heard on the management of the fund.

What is the level of transparency of the operations of SOCAR, the national oil company?

If compared with SOFAZ, SOCAR can hardly be regarded as a transparent company. If SOFAZ tends to respond in a timely fashion when receiving requests for information from the media or NGOs, SOCAR refuses to provide any, justifying itself by saying it is a company and not a fund. But SOCAR is a public company and, according to legislation, is required to respond to requests for information as well as to make public all the data on the production of hydrocarbons. Until now, however, getting answers from SOCAR has been an extremely difficult task.

You have repeatedly criticized the media with respect to their ability to inform the public on issues related to the management of oil revenues. Why?

When we speak of the hydrocarbon sector, the media in Azerbaijan have a regrettable lack of ability to highlight key, meaningful issues. This is a serious problem because it hinders awareness and participation. The range of information is poor for several reasons: in the country there is no solid tradition of economic journalism, and the resources allocated to training remain scarce.

What about multinational companies operating in Azerbaijan? What is their level of transparency in terms of financial management?

Among the companies operating on our territory, the more transparent is the British Petroleum (BP), which produces regular reports made public by the media along with meetings with representatives of civil society. Other companies, unfortunately, have a very different attitude and make public the information on their activities very rarely, if ever.