Corruption and oil in Azerbaijan 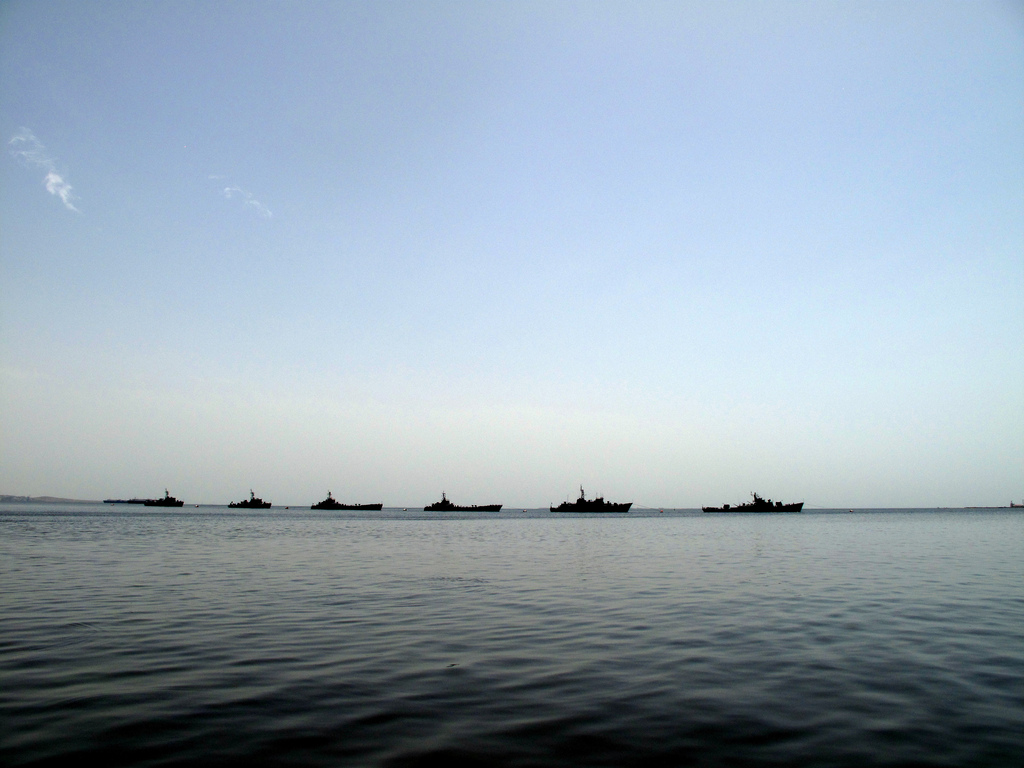 In tune with the ambitious anti-corruption campaign launched by Azeri president Ilham Aliyev last spring, more and more initiatives for transparency in the oil sector have appeared. Despite a lack of big scandals, some journalists have reported concrete corruption cases in which bribes did not come in the form of cash, but in bids and contracts

Most reports on the oil sector in Azerbaijan highlight the industry's extreme lack of transparency, but those reports usually fail to present solid evidence. It is hard to find concrete references to the cases or characters involved, or even an explanation of how corruption works. Osservatorio has reported on the effects of oil corruption in Azerbaijan, namely the huge waste of wealth. The dominant view in Azerbaijan is that corruption happens when petrodollars are spent in non-oil sectors, but that is not exactly the whole story. Digging deeper, it becomes clear that many rumours are more than mere allegations. The oil sector is certainly not the most corrupt in Azerbaijan, but that does not mean it is immune from the plague.

Investigative journalist Khadija Ismayilova, formerly responsible for RFE/RL Azerbaijan, explains the scandalous case of Socar Trading, a subsidiary of the state oil company has used for direct selling of a portion of the national oil since 2008. Socar Trading's structure and activities are ambiguous to say the least.

“It is registered in Switzerland and is shared, half by the Azeri state company and half by private investors who sprung out from nowhere, ” Ismayilova, who is currently investigating this story, tell us. “Nobody knows where the capitals came from and how private investors got the shares in the first place, since there was no public bid.”

Independent press agency Turan recently investigated Socar Trading and found that the company allegedly sold oil at much lower prices than AIOC (Azerbaijan International Operating Company) did. Azerbaijan's loss is apparent if considering that the difference ended up straight in the traders' pockets. Despite the recent progress made, the company still has serious transparency issues.

There was no truly competitive public bid for the relatively small onshore fields in Binagadi (close to Baku) either. Quite the opposite. It is common knowledge that business in Binagadi is especially shady. Anar Aliyev, Socar Trading's shareholder, is also the hidden owner of several companies legally based in Arabic countries and involved in exploiting onshore oil fields similar to Binagadi.

“Determining the property and share composition of sub-contractors is very hard, both because they are offshore and because investigative journalism in Azerbaijan is constantly under attack," concludes Ismayilova. “But in a country where the first lady owns five companies based in Panama, nothing is a surprise.”

The Binagadi case involves another controversial company, Global Energy, which is registered in the Virgin Islands. Global Energy is connected to Russian citizen and ethnic Chechen Mikhail Gutseriyev who, according to the director of the Centre for Oil Studies, Ilham Shaban, enjoys a “special relationship with Azerbaijan”.

In 2001, another case of oil corruption denounced in a report from the Committee for Oil Workers' Rights involved Baku Factory of Deepwater Constructions (BFDC), formerly Šelfprojektstroj, which is controlled by Socar. The company allegedly rented BP construction land for developing infrastructures for the ACG (Azeri-Chirag-Guneshli) project, which was financed by the European Bank for Reconstruction and Development and a World Bank (WB) branch, the International Finance Corporation (IFC).

The profits generated were supposed to fund the company's relaunch (renovating equipment, expanding production, re-building the plant), but were instead used to pay for grossly overpriced maintenance by sub-contractors. Those sub-contractors were indirectly controlled by Socar managers, or by BFDC itself. According to the report, the case involved Socar's Rafiq Aliyev and Rovnak Abdullayev, hidden owners of Ildurum Flash Company and AG Grade respectively.

The incident underscores a broader corruption mechanism at work in the oil sector: sub-contracting. By means of complicated financial transactions, the state company hires sub-contractors that are often indirectly owned by Ministry of Oil or Socar officials. In most cases, sub-contractors are managed by engineers who left multinationals operating in Azerbaijan to start their own businesses. While many of them are the owners of legitimate sub-contracting companies, others are simply puppets. The system also benefits multinationals, since using sub-contractors for short- or medium-term projects spares them the cost of importing experts at much higher salaries.

Public opinion holds Western companies in low regard for the double standards they apply to wages, and a few people accuse them of complicity in corruption.

Some observers, including Daniel Heradstveit , go as far as to draw a parallel between today's Azerbaijan and the Shah's Iran. They fear that extreme inequalities may cause extreme reactions. The culture of secrecy that permeates companies operating in Azerbaijan translates into their routine silence about serious events, such as workplace accidents or hydrocarbon leaks from platforms.

For instance, a Wikileaks cable reports that, 18 months before the BP tragedy in the Gulf of Mexico, BP covered up a leak in one of its platforms on the Azeri offshore. Another serious problem is that local managers of multinationals are never employed longer than five years: they want to get quick results and don't bother too much with establishing more ethical practices. A more moderate view – and perhaps more reasonably inferred from the available documentation – sees companies as not directly engaging in corruption, but still supporting it with their crucial economic presence.

Ilham Shaban is optimistic about the transparency of the agreements between the Azeri government and oil multinationals. All these agreements have to be ratified by the Parliament – Azerbaijan is the only post-Soviet country where this is the case – and the mechanism guarantees a certain level of transparency and stability. Shaban regards the favourable conditions obtained by Azerbajian as proof of transparency.

“If they were corrupted,” he explains to Osservatorio, “multinationals would have gotten away with cheaper conditions.” Shaban points out that in Azerbaijan, it was agreed that flaring gas was to be given to the state for free. Companies agreed to rigidly-defined boundaries and allowed depth-of-field exploitation as well as the maximum limit of usable reserves. An R factor was established so that, in the case of rising oil prices, part of the profits would go to the state. Furthermore, Shaban says that he personally witnessed Exxon's transparency policy. He says cash never circulated in its Azeri office, and that even though the company refrained from giving the president the usual birthday gifts, it still obtained multi-million Dollar contracts. As regards bonuses to Azeri authorities for signing the “contract of the century” in 1994, Shaban puts it at 300 million dollars. However, all the money went first through special Ministry of Finance accounts, and only then into Sofaz.

Unlike Shaban, Ismayilova is convinced that there is no evidence of international companies' irregularities for the simple fact that they are smart with PR and, at the time of the “contract of the century”, there was no International Initiative for Transparency in the Extraction Industry (EITI).

One thing is clear: international companies have been implicated in an embezzlement scandal surrounding social initiatives sponsored by AIOC. According to the PSA agreement, humanitarian aid is an integral part of the consortium's budget. Indeed, foreign companies' PR campaigns boast about their social commitments. “Between the Nineties and the 2000s, however,” says Ismayilova, “most of the social budget ended up with Hayat, an NGO run by a relative of an MP who managed the Committee for Social Policies.”

On the one hand, these cases show that the Azeri oil sector is not immune from corruption at all. On the other hand, it remains less compromised than other sectors (e.g. infrastructure development, education, healthcare, and the police). Some progress, spurred by the anti-corruption campaign launched in March, is being made thanks to the vigilance of civil society, and especially thanks to Azerbaijan's adhesion to international frameworks like EITI.