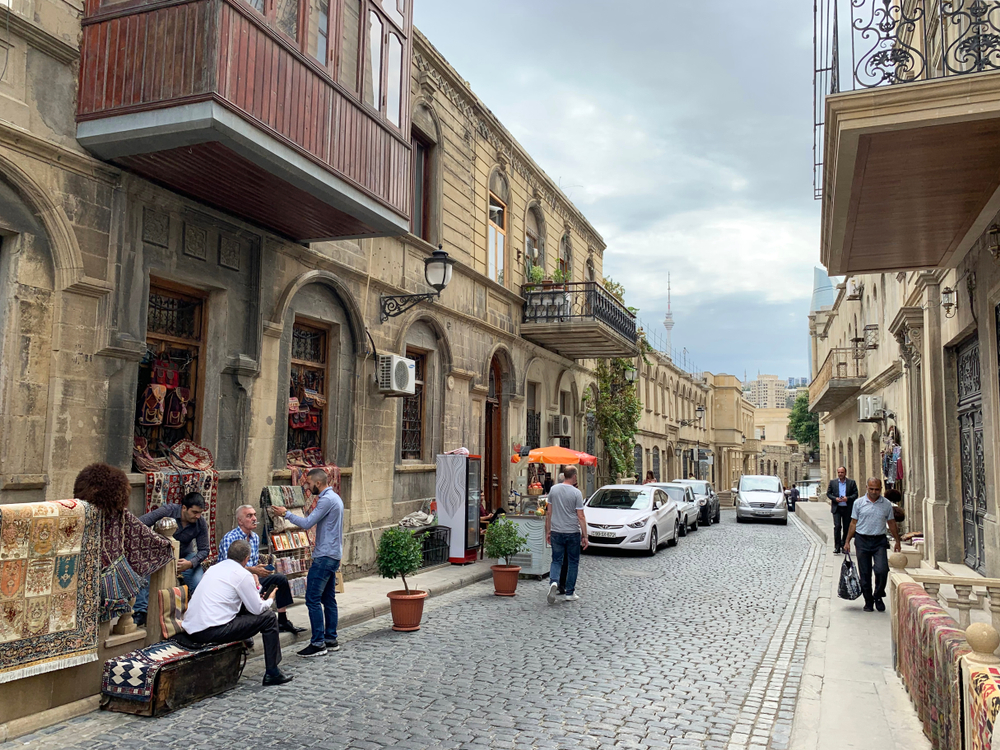 In Azerbaijan, a pro-government website published a report evaluating the reforms introduced by President Aliyev at the beginning of the year. However, a careful analysis shows that behind the facade of reforms the country continues as usual: corruption and violation of human rights

On September 24, 2019, the Center for Social Studies in Baku, presented its first evaluation report assessing public awareness of the reform package introduced by the president of Azerbaijan earlier this year. The center was set up in February 2019 and strictly speaking is a polling institution. Its website provides a more complex view of the center’s intentions stating that its mission is to conduct a systematic analysis of public opinion and present the results of the research to government bodies.

Speaking at the launch of the report, the head of the strategic research and planning department of the Azerbaijani Presidential Administration Saadat Yusifova said , the reforms have reshaped society’s view of the state, strengthening the citizen-society-state triangle which is an important connection for the country’s leadership, as it is the glue that holds the basis of Azerbaijani statehood. Yusifova, also noted how important public opinion is in shaping government policies.

All of this talk around the importance of public opinion in shaping government policies, begs the question - if this was always the case, what stopped the authorities from considering the citizen-state relationship earlier on? Perhaps the triangle is not as simple as Yusifova presents.

Azerbaijan’s leadership has blossomed over the years . Economically, the ruling family and its close aids expanded their wealth while the public at large suffered great economic, social and political losses. A five-year corruption assessment report by Open Azerbaijan concludes that the scale of corruption in the country remains a global concern and that very little effort has been placed in addressing the problem. As a result, even less effort has been invested in addressing the economic and social welfare of the population due to mismanaged and appropriated revenues. The bad news is that it is only getting worse.

In 2018, Azerbaijan dropped thirty places in the Corruption Perception Index ranking 152nd out of 180 countries being ranked in the global report. “It appears that in a country, which has spent $100 billion from 2001-2018, citizens continue to suffer from unemployment and poverty, many are forced into labor migration and leave the country in search of work. The overall quality of public healthcare and education is low, and to receive good service in these spheres, one must pay a high price,” wrote in his reflection on the index, Gubad Ibadoglu, a renowned Azerbaijani economist.

It was only a matter of time when the vanishing into the Bermuda triangle revenues, would raise questions and more so fuel large scale discontent. 2019 so far, has been a year of such outbursts of protests across the country. Mostly taking place in the regions - where economic and social difficulties are rife - people have been calling on the authorities to address and find solutions to basic services as access to water, electricity, gas, and unemployment among other issues.

Since Ilham Aliyev secured yet another victory in the presidential election in 2018 he has been busy reshuffling some of his cabinet. Shortly after the re-election last year, the national parliament approved Novruz Mammadov as the new Prime Minister of Azerbaijan. Mammadov replaced Artur Rasizade, who spent the last twenty-two years as the country’s PRM. The newly appointed Prime Minister was not the only change that followed. Next in line, was the Cabinet of Ministers.

Most recently in June , another wave of changes followed suit. The Minister of the Interior Ramil Usubov, who has been the Minister since 1994, was appointed the new Security Council Secretary, while Madat Guliyev, head of the State Security Service was appointed the new minister of the defense industry - the latter was dismantled by a presidential decree but reinstated in January 2019. Both Usubov and Guliyev are known for their close ties with Ramiz Mehdiyev - the head of the Presidential Administration, a man known as the “grey cardinal ” and the mastermind behind arrests and intimidation of Azerbaijani civil society.

Usubov’s replacement, Vilayet Guliyev - is a man known for his brutality when it comes to measures to silence critics and dissent. In his new role, one of the first measures was to target families of political prisoners who gathered at the headquarters of an opposition party Musavat in June. According to local reports, police stormed the party headquarters, arrested the leader of another opposition party Ali Karimli and dispersed the event.

Meanwhile, Madat Guliyev was replaced by Ali Nagiyev, the former Deputy Chief of Anti-Corruption under the State Prosecutor. His name too may sound familiar as it was featured in the Azerbaijan laundromat scandal that made the headlines in 2017.

In essence, all these changes mean little for the country’s reforms as the tactics, the ethics, and the practices remain the same. Also, this is not the first time, president Ilham has done some changes to key government positions which resulted in little or no change.

While regional protests continue to rock the government boat, authorities have made some concessions such as releasing some 50 political prisoners in March 2019. In May, nine journalists who previously were placed under the travel bans, had the bans removed . This August, Seymur Hezi, jailed journalist was released from prison after having served the full five-year sentence. While some government critics said the release of political prisoners was by no means an act of humanism as none of these prisoners should have served any time, other observers warned, these developments were business as usual approach. The country’s list of political prisoners remains on the agenda with 81 names remaining behind bars.

One of the pardoned activist Bayram Mammadov was re-arrested and sentenced to 30 days of administrative detention on the grounds of allegedly disobeying police. Mammadov is one of the graffiti artists sentenced to ten years in jail in 2016 on spurious charges of drug trafficking. And when Giyas Ibrahimov, the second graffiti artist shared a message in support of Mammadov on Facebook, Ibrahimov was called into the questioning by the police and warned to be careful about his words, especially because they could not help if supporters of the president “decided to reason” with Ibrahimov “on the street” - clearly sending a message to Ibrahimov to watch himself.

But none of these cases or international reports would sum up the situation better than the recent decision issued at the Westminster Magistrates’ Court which ruled in favor of Zamira Hajiyeva, saving her from extradition on the grounds that the plaintiff won’t get a fair trial if returned to Azerbaijan. Hajiyeva, 55, is accused of embezzling millions of pounds from a state-owned bank in Azerbaijan that her husband, Jahangir Hajiyev ran for 14 years (between 2011 and 2015). Hajiyev himself is serving a 15-year prison sentence for fraud and embezzlement.

Meanwhile, the country continued to host international events. Most recently, Baku’s Olympic Stadium opened its doors to the Europa League final between Arsenal and Chelsea. It seems, however, hosting international events was more important than celebrating the Republic Day - the birthday of Azerbaijan's first Democratic Republic, celebrated on May 28. The opposition group was prevented from celebrating the 101st birthday on the grounds of the upcoming sporting event. Commenting on his Facebook, leader of the opposition party ReAL and former political prisoner Ilgar Mammadov said, “The right of foreigners to entertainment should not exceed the right of Azerbaijanis to celebrate the Republic Day”. Last year, ReAL organized a march, celebrating the 100-year anniversary which resulted in clashes with the police and dozens of arrests.

All this to say that president Ilham Aliyev, succeeded at two things during his presidency. First and most obvious, successfully securing his seat in the government and secondly, becoming the world’s renowned engineer for a “business as a usual” work model. The latter only seems to improve with each presidential term, leaving any hopes for substantial legal, economic, social or political reform, well, just as hopes.