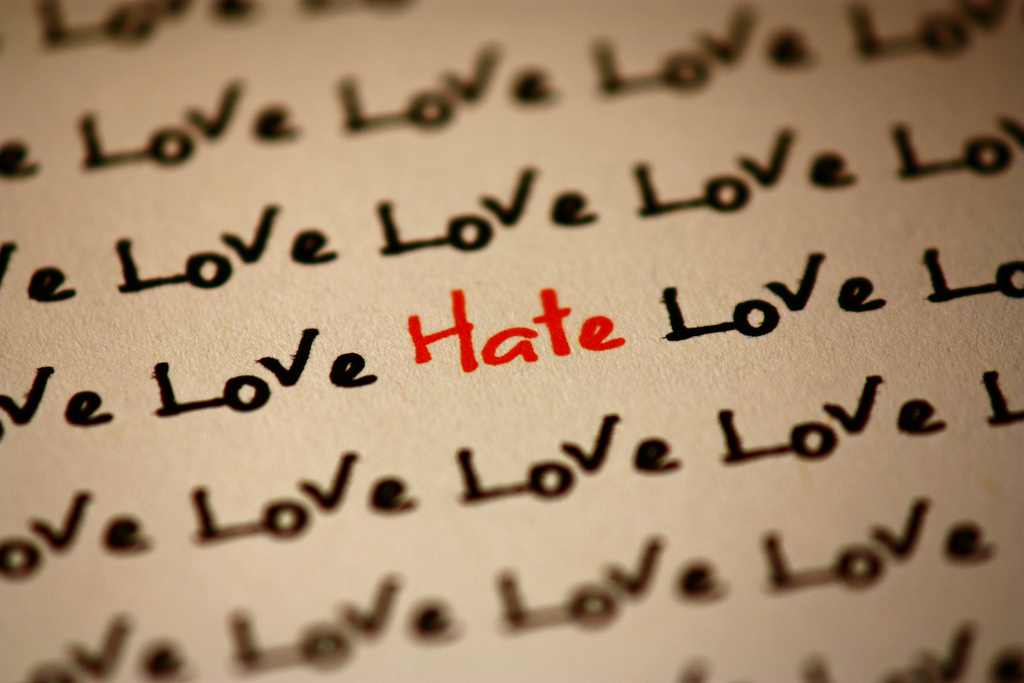 International Alert, an NGO based in London working on conflict resolution, did a study on how people on opposite sides of the conflicts in the South Caucasus perceived each other. Our correspondent focused on how Armenians were depicted in online discourse in Baku. An insiders' look into the dark side of the Azerbaijani blogosphere

A group of scholars, researchers, and specialists was selected to examine a range of sources, from history textbooks, to the media and blogosphere, as well as speeches made by politicians to understand better the dynamics behind the conflicts in the South Caucasus. The aim of this research, “Myths and conflict”, was to identify key words, narratives, and other innuendos that reference the concept of “us vs. them” or “friend vs. enemy”. I was part of the research team. In my research, I looked at the Azerbaijani blogosphere in order to identify systemically-used stereotypes and propaganda to dehumanize Armenians and Armenia. The results of this research will be released in early 2012 and should be available through International Alert’s website.

The tone used to talk about Armenians in the online media - possibly even more than in traditional media - is clearly one of hate. This is part of a process of dehumanization of the enemy that is characteristic of conflicts in general. Communication and media analyst Karim Karim suggests that “hate-mongers can then 'justify' acts of violence and degradation because they have denied the humanity of their victims”.

This definition fits the rhetoric of hate-oriented blogs in Azerbaijan. In fact, dehumanization is at times combined with belittling, name-calling and other degrading comparisons in the majority of posts targeting Armenia and Armenians. As a result one can clearly see the extent of bitterness, anger, and adverse attitudes that exist between the two countries not only in traditional outlets but also in the parallel world of online content. In this parallel world, hate 2.0 is taken to a completely different level with no strings attached and no responsibility taken for what is said, illustrated, and written.

Though the Azerbaijani blogosphere is barely a decade old, blogging has become more popular in Azerbaijan only in the last two to three years. According to the most recent Freedom House report, there are in total about 27,000 blogs operating on various blogging platforms. Topics vary extensively with authors writing about art, movies, food, society, tradition, politics, social issues, and more. Of course, among the most widely-discussed themes in blogs and popular blogs are the Karabakh conflict, relations between Armenia and Azerbaijan, and negative perceptions of Armenians. Let us call them “hate blogs”.

The most common theme for hate blogs is mutual perceptions. It is also the most explicit and acute theme in terms of the language used, analogies made, and the overall attitude. Being a blogger myself who works in the conflict resolution field, reading these blogs was unpleasant to say the least. The appalling descriptions used in reference to the “other” - such as descriptions portraying “them” as thieves, liars, drunks, prostitutes, and cave propagandists - later appeared to be “kind” when compared to some of the analogies that were simply beyond my ability to comprehend. It was almost as if the authors were reassuring themselves and their readers that the “other” was no longer a human and that it was ok to humiliate them, belittle them, kill them, let them die, and get rid of them all together.

In a post about the shooting death of an Armenian civilian - a shepherd - by the Azerbaijani military forces on the border, an Azerbaijani blogger concluded “In any case, there is one less Armenian and this is the happiest part of this news story” [Post originally written in Azerbaijani]. The post expressed no regret about the actual death, and even championed the incident.

In another post, the author compared Armenia to a disease that should be eradicated. “Yeah, almost forgot, the worst flu I am referring to has a similar name to that of bird flu and swine flu, in our language, we call it “Armenian flu”. The symptoms of this flu include hypocrisy, fraud, and double standards” [Post originally written in Azerbaijani]. In an additional spin to the post, the author proudly added: “We are sick with this Armenian trash! […] Hypocrisy they have, terror they have it […] Now I think, will we even find a vaccine against this dangerous flu? Let's not forget: to find a vaccine is written only in our destiny.”

These and other examples that were used for the purpose of this research indicated an important factor: youth are also becoming deeply affected by the negative relations between the two countries that are reflected in the media, general political statements, and the overall attitude of the government. The clear annihilation messages, the overall tone of the posts, and the bloggers' hostile attitudes were in no way creations of these bloggers but rather the results of decades-long policy and measures taken by the local government to further embed anger and hatred.

No doubt, this research only reveals the tip of the iceberg. This is just another example of the fact that in spite of its extremely powerful liberating potential, the Internet is not intrinsically good. It can be used to strengthen stereotypes and can contribute to shaping public opinion in the favour of conflict.

As the research shows, many young people in Azerbaijan have very strong positions regarding the conflict that are unsupportive of the peace process to say the least. It also indicated the amount of work that needs to be done as well as the pressing need to take concrete steps in gradually shifting these negative attitudes, building positive relationships, fostering dialogue and creating space for mutual understanding rather than hatred between Armenia and Azerbaijan. More importantly, the research underscores the need to start this work to promote mutual understanding among youth in particular.

Perhaps, hate 2.0 in Azerbaijan is here to stay. But there is a chance that online communities with access to first-hand accounts of the 'other' will instead mostly contribute to changing attitudes for the positive in the region as a new, tech-savvy generation grows. Sure enough, alternatives to “hate 2.0” exist and are possible. The online world is the world of opportunities, after all…