A web of Peace 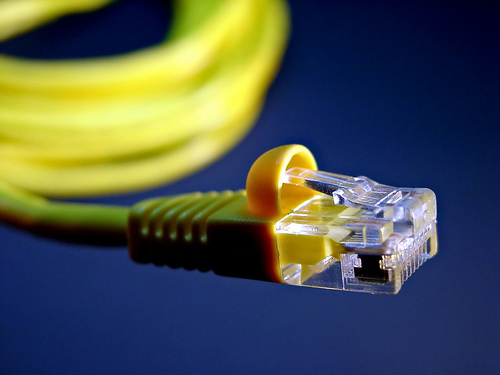 Social media and conflict resolution in the South Caucasus. The opportunities offered to Armenian and Azeri peace activists, the debate in the region

In the 15 years since a ceasefire agreement put the conflict between Armenia and Azerbaijan over the disputed territory of Nagorno Karabakh on hold, various peace proposals have faltered. But if Armenia's first president was even forced to resign over talk of a concessionary deal by nationalist hardliners in his government opposed to a compromise settlement, the main obstacle in recent years has been public opinion.

Bellicose rhetoric directed against Armenians in Azerbaijan has become common and recently even spilled out into something as trivial as , while political forces in Armenia on both sides of the divide have recklessly exploited the conflict to either maintain or come to power. Meanwhile, the local media continues to perpetuate negative stereotypes of the "enemy" while propaganda and misinformation has drowned out what little genuine discussion did exist.

New generations of Armenians and Azerbaijanis are also unable to remember a time when both lived side by side together in peace, sometimes even intermarrying, with nationalistic rhetoric becoming increasingly effective in post-Soviet societies where tolerance and critical independent thinking is discouraged to justify usually undemocratic systems of governance. Some even consider alternative or moderate views on the conflict as tantamount to treason.

True, Armenians and Azeris have been meeting at conferences, workshops and other events aimed at promoting regional stability and peace building initiatives, but none have had any noticeable effect on improving relations between the two countries. Critics even argue that the very process of conflict resolution is flawed in itself. What there needs to be first, they argue, is conflict transformation.

Until then, even Internet forums initially established to facilitate communication and dialogue between the two sides have nearly always ended up as a continuation of the conflict on a new albeit virtual battle ground.

Yet, despite the risks, the increasing popularity of sites such as Facebook as well as other new mediums for self-expression such as blogs offers new potential for social media and other online tools to move in to fill the information gap. Although not a means to an end in themselves, these tools could have a significant potential as part of other traditional conflict resolution, management and transformation initiatives.

"These new tools can be used to foment violence or to foster peace," wrote Global Voices Online Executive Director Ivan Sigal in a paper, Digital media in conflict-prone societies, for the Center for International Media Assistance (CIMA) earlier this year. "However it is possible to build communication systems that encourage dialogue and nonviolent political solutions," the former researcher on citizen media at the US Institute of Peace added.

Micael Bogar, Projects Manager at the American University's Center for Social Media agrees, but says that many working in the area of conflict resolution remain uninterested in using low cost or free tools even if they could prove more effective than what exists at present. And as international donors are generally not interested in lower cost initiatives, NGOs can also receive larger grants for activities even if they turn out to be ineffective or unsustainable.

Nevertheless, those who realize that establishing trust and forming friendships has to occur on a regular basis could use such tools as Facebook and Skype to cross ceasefire lines, closed borders and monitored telephone lines before and especially after actually meeting.

"I think you can't do it just with social media tools," says Bogar, "but as we've seen over the past 15 years, you definitely can't do it by meeting in Tbilisi for a weekend every summer. It becomes an "entertainment" and I've had experience with those conferences in Georgia where it's just one big coffee break and a waste of money. However, I think that both approaches combined could propel things along."

Bogar is nevertheless cautious, believing that much of civil society currently working on peace building initiatives is not serious about its work. Genuine peace builders have their own radical character compared to others, she argues. "I think that when you have those fundamental elements in an activist or a conflict-resolution advocate then it's going to be a natural move to go into social media," says Bogar.

"For those who aren't using it, they're both just older and unaware of it or simply uninterested in using cheap tools when they can receive big grants to keep themselves in business."

Of course, new approaches are also risky, especially in Azerbaijan where many citizens don't want to be known to be in contact with Armenians, but the potential is there. After months of limited online contact, for example, a recent meeting between Armenian, American and Azeri teenagers in the U.S. revealed such problems, but Dotcom Program Manager Elizabeth Metraux says that there is also reason for hope.

The project run by PH International uses citizen media to bring participants together in an online blogging project. Participants only periodically meet.

"I had those moments when I would have said that this is not going to work and sometimes you just think that there is no way that these students are going to find consensus," admits Metraux. Inevitably, when you're doing a program like this, and my background is with the Israelis and Palestinians, you're really optimistic that the students will find commonality, but then something is said and it gets explosive.

"There were a lot of tears, but they would eventually pull themselves out of it," she continues. "We started off with students not even making eye contact, but by the time we were done they were giving each other a hug or trading email addresses. That was really an inspiring moment, but my optimism is definitely tempered by a realization that these are young people who are soon going to be on the frontlines.

The leaders are talking to each other, but God forbid that people actually do," Metraux concludes wryly.

In recent months, however, an unlikely catalyst for rapprochement came with the detention and eventual imprisonment of video blogging activists in Azerbaijan. Their cause was supported by a small number of Armenians in the republic as well as a few in the traditionally more nationalist Diaspora. Facebook and Twitter were the primary methods used to spread information.

Young Armenians and Azerbaijanis were finally able to see into the lives of each other and, in many cases, realized they weren't so different after all.

With his own experience of training young Armenian, Azeri and Georgian activists in using new media tools, International Federation of Liberal Youth (IFLRY) Secretary General Bart Woord realizes the potential, but also adds a word of caution. Such tools can also be used inefficiently and incorrectly, he says, and also to heighten existing tensions by those opposed to peace and reconciliation.

"New media tools will certainly help in getting people better acquainted with each other, but at the same time can also be used to reaffirm existing biases. Just search on the Internet for Armenian and Azerbaijani web sites and you can find a lot of trash and very harmful discourse from nationalist websites," he says. "I'm mildly optimistic, but at the same time think we should be very cautious about what we find on the Internet as well."

Time will tell whether those involved with peace building and conflict resolution initiatives will migrate at least some of their activities online, but for now, while some peace activists such as Georgi Vanyan in Armenia are very open in their offline and online activities, others are not. Indeed, many deny access to journalists and shy away from any independent media coverage, preferring to keep everything closed with all information remaining under strict control.

There are other problems too.

"Personally I believe that it is possible," says regional analyst and Osservatorio Azerbaijan correspondent, Arzu Geybullayeva. "It's a long shot, but because you only target a certain group of people, you also need to communicate with those who don't have access to the Internet. What about the masses - those who don't have internet access or the opportunity to meet, talk, learn, and explore? Yes, it can play a role, but it needs to be more widely available."

Nevertheless, as Internet penetration and especially mobile access increases across the region, online social networking and new media tools offers an opportunity to change the situation. Therefore, Geybullayeva is hopeful.

"I would very much like to see more debate among bloggers in Armenia and Azerbaijan," she adds. "We really need some kind of initiative for this because I would really like to see borders opened and conflict resolved. My mother says that when she went to school she had Armenians among her friends. I would very much like myself or my children when they grow up to be able to say the same kind of thing to their children as well as their friends."

Onnik Krikorian will be presenting on the role of new and social media in conflict resolution at the E-Society I Media conference in Skopje, Macedonia, on 2-3 December, and co-presenting with Arzu Geybullayeva on the same topic at the Social Media for Social Change conference in Tbilisi, Georgia, in April next year