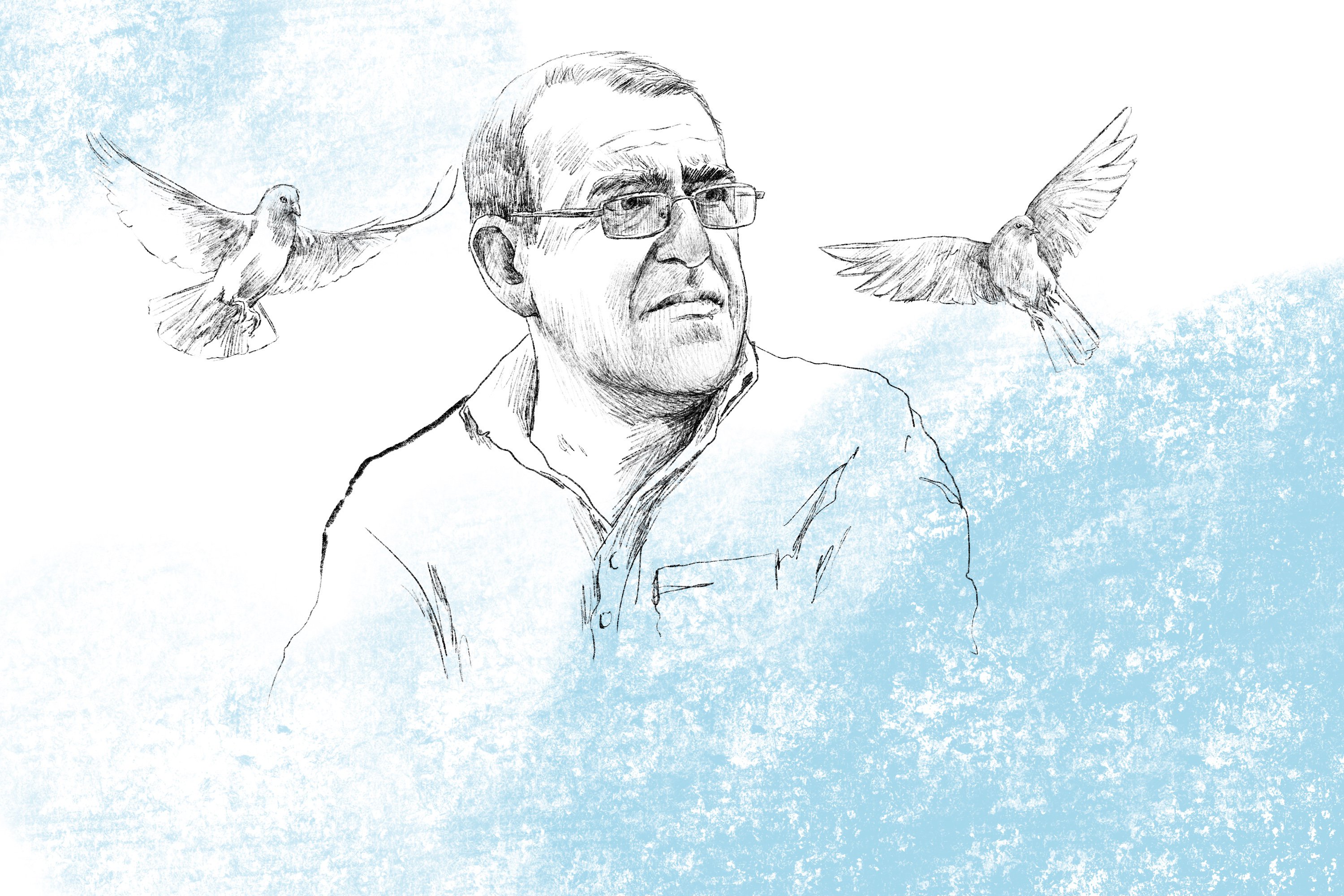 Peacebuilder and true activist, anti-nationalist Georgi Vanyan died at the age of 58 on October 15th. He is especially remembered for the enormous effort to bring Azerbaijani and Armenians to dialogue

The last time I spoke to Georgi Vanyan was by telephone at the end of September. The Armenian human rights and peace activist was visiting Tbilisi to meet with Emin Milli, the Azerbaijani founder and former director of Meydan TV. He had already interviewed Georgi about his peacebuilding activities and there were now plans to visit the Georgian village where many of his previous activities were held.

Georgi invited me accompany them, but there was one problem.

The 58-year-old was feeling ill and needed to test for COVID-19 before we could meet. Two days later, he sent a text message to say that he had tested positive and had to self-isolate in Tbilisi. He’d be in touch once he had recovered, but things took a turn for the worse and he was hospitalised. Eventually moved on to a ventilator, Georgi Vanyan was pronounced dead on 15 October.

The loss was a personal tragedy for those that knew him and also for a handful of committed individuals that had been working across closed borders in pursuit of regional peace.

For most others, however, Georgi’s passing went unnoticed. 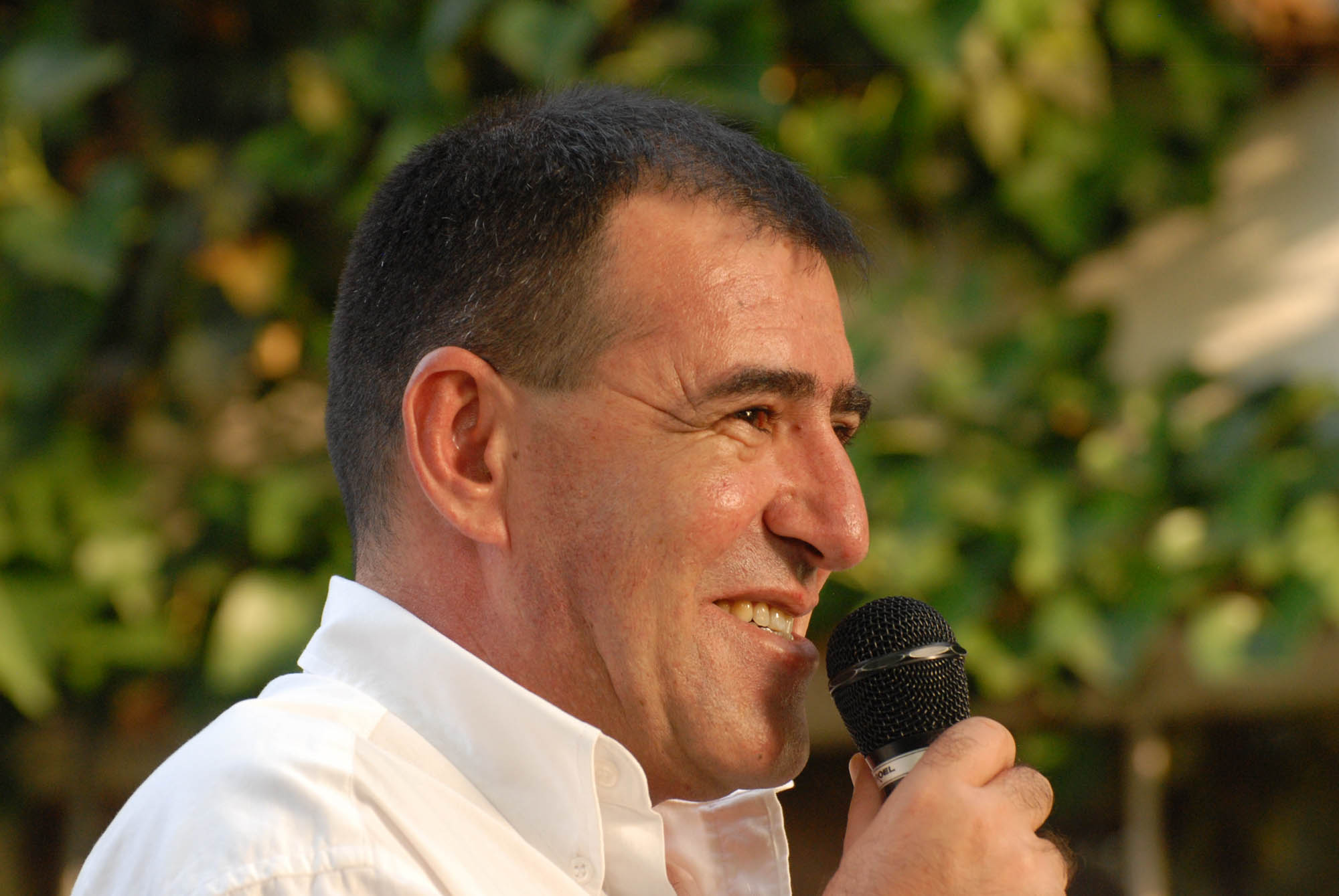 “I am so afraid that Georgi Vanyan’s story will be left untold in Armenia as well as globally,” says Milli. “I observed social media yesterday and I saw almost no Armenians, with rare exception, talking about this [loss]. It was as if nothing happened and as if this man did not exist. It was as if this wasn’t the only courageous man in Armenia and Azerbaijan that did the things that he did.”

A controversial figure in Armenia, the silence was hardly surprising. The whole media and information space had been engaged in a coordinated campaign of public defamation against him for well over a decade. In 2007, a group of nationalist bloggers disrupted his Days of Azerbaijan event at an experimental school in Yerevan and in 2012 a nationalist mob launched an assault on his attempts to screen Azerbaijani films in Armenia’s second largest city of Gyumri.

And during the 2020 Karabakh War, while many peace-builders instead became proponents of war, Vanyan released an open letter calling for Armenian Prime Minister Nikol Pashinyan to stop the fighting and to enter into dialogue with Baku. His words fell on deaf ears in both countries, although the Armenian police did notice enough to threaten a hefty fine if he continued to make such calls.

But perhaps Georgi’s best-known project was his convening of regular meetings of Armenian, Azerbaijan, and Georgian activists, academics, and journalists in the village of Tekali. Inhabited by ethnic Azerbaijanis, Tekali is located in Georgia close to its borders with Armenia and Azerbaijan and was arguably one of the few genuine grassroots peace initiatives in the region.

The proximity of Tekali for those living in the regions of all three countries allowed almost anyone to participate. Bucking the usual ‘closed doors and usual suspects’ approach by other peace-building projects held in expensive hotels or holiday resorts, the local community also benefitted from the Tekali Process. Villagers, for example, would provide and earn income from the catering.

And as a sign of how effective Tekali had been in facilitating people-to-people contact, one discussant on an Azerbaijan TV show warned in 2019 that Georgi Vanyan’s approach was dangerous.
“For Azerbaijan there is only the enemy on the other side of the border, nobody else” the discussant said. “If an Azerbaijani soldier sees that the other side also has mothers, sisters, coffins, and tears then he won’t obey his orders.”

But this criticism was unknown in Armenia where he had been forced to live out his last remaining years in poverty close to the border with Azerbaijan. In one online meeting dedicated to his memory, Armenian activist and Tekali participant Sevak Kirakosyan remembered that Georgi still pushed NGOs to move their activities to where it really mattered – in actual conflict-affected communities.

When Georgi’s body was transferred to the Armenian capital for burial, several prominent figures did at least go to pay their last respects. There was Boris Navarsadyan, head of the Yerevan Press Club (YPC), Ashot Bleyan, the head of the school where Georgi had invited Azerbaijani intellectuals and writers in the late 2000s, and Soviet-era dissident Paruyr Hairikyan, for example.

Armenia’s Epress.am, a regular fixture at Tekali, also covered the memorial but only a few others joined them.

Mariam Yeghiazaryan was one. The 26-year-old team member from Bright Garden Voices, a grassroots cross-border initiative to bring Armenians and Azerbaijanis together online in the aftermath of last year’s 44-day war, implies that this might have been for the best.

“Before going to the funeral, I was afraid that something bad would happen in the mourning hall,” she says. “Something that would be disrespectful to him and his legacy, as had happened during and after the [film] festival. Fortunately, it didn’t․”

And even though the young activist had never met Georgi, she says that she payed more attention to his peacebuilding work following the 2020 Karabakh War and especially his death. Yeghiazaryan now compares him to other prominent Armenians, including the great Armenian writer Hovhannes Tumanyan and slain Turkish-Armenian newspaper editor Hrant Dink.

“We honour Tumanyan, a truly great writer and a humanist,” she says, “ but I do not know how many have read his letters and articles about the Armenian-Tatar clashes. We honour Hrant Dink, not so much for his legacy and contribution, but for the chance to use and manipulate his death because he was murdered by a Turkish nationalist, forgetting that his whole life was aimed at Armenian-Turkish dialogue. What is the difference between them and Vanyan?”

She also remembers how Georgi had instead been labeled as a ‘traitor’ by those who were, in effect, opposed to a negotiated and mutually concessionary peace deal.

“Journalists played a big role in this case I note with regret,” she says. “There are terrible articles with terrible headlines, reports, and videos. How many quality articles, interviews can be found in Armenian about Vanyan? The fact that Vanyan's death was almost not covered in the Armenian media is not about him, but about Armenia and Armenian journalism. It is extremely sad. Extremely.”

And it is this that concerns Milli the most.

“I’m very worried that his narrative could die with him,” he says. “I had seen courage that I had never seen before and I realised that there was nobody in Azerbaijan, including myself, that would dare to organise a Days of Armenian Cinema [in Azerbaijan]. Vanyan’s courage was so powerful that it impacted me profoundly. It was the moment that nationalism died in me.”

Milli, now having left Meydan TV, now has a new project, the Restart Initiative, which while primarily seeking to contribute to the development of Azerbaijan will also seek to nurture and develop dialogue with Armenia and Armenians. Some of Georgi’s former initiatives might well be resurrected for this purpose.

“I hope his Tekali project will be implemented [again],” remarks Yeghiazaryan, and I hope his approach will be the subject of discussion, debates, research, and daily conversations – both in Armenia and in Azerbaijan.”